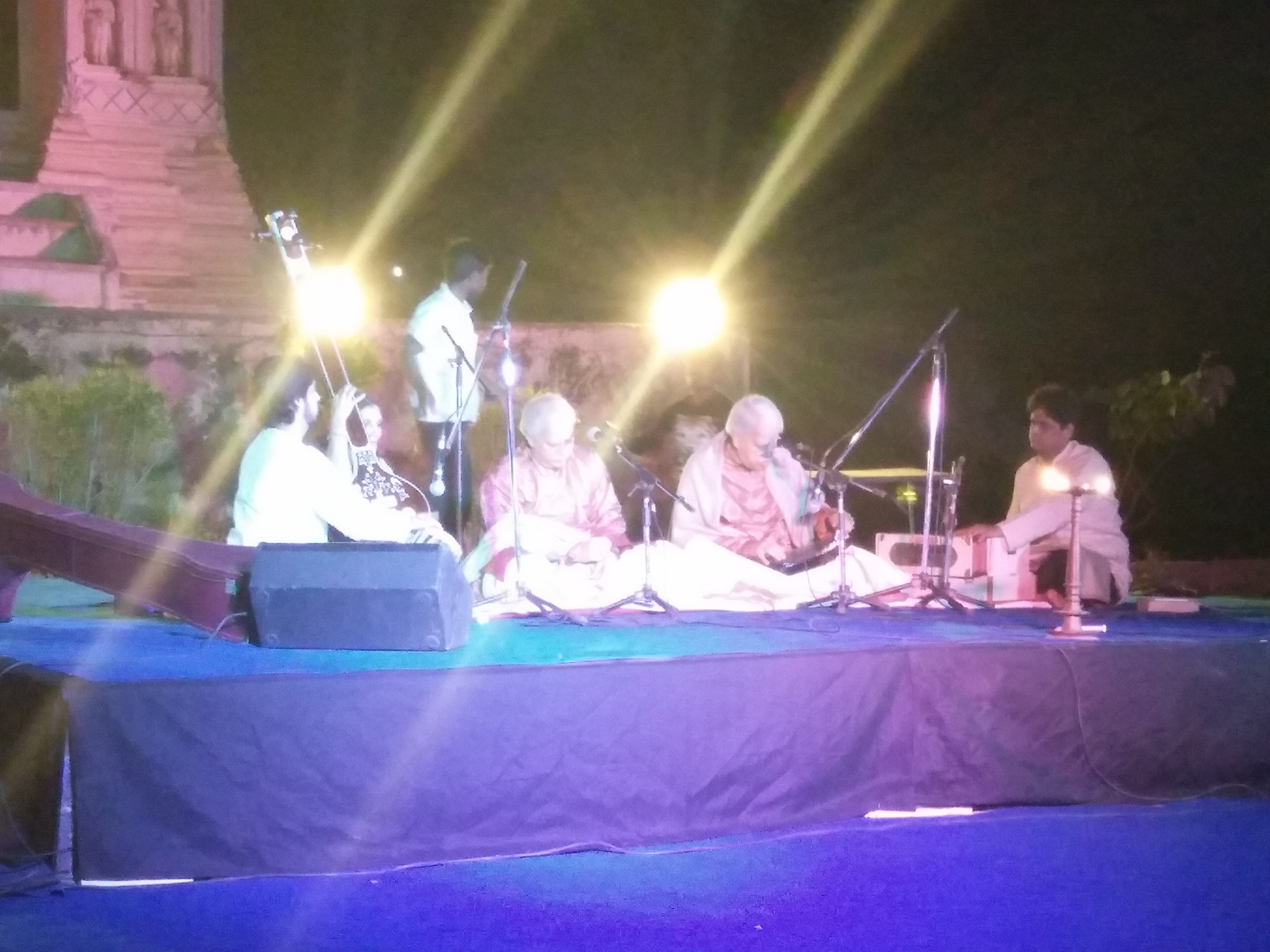 Jaipur, 08 December: The on-going ‘Vedaaranya Heritage Arts and Healing Festival’ (VHAH), organized by the Department of Tourism (DOT), Government of Rajasthan and Shruti Foundation in collaboration with All Ladies League is taking place at Ramgarh Shekhawati in Sikar district, near Churu. The festival will end on 9 December.

The inaugural plenary session of the ‘Vedaranyaa Heritage Arts and Healing Festival’ (VHAH FEST 2016) was launched by eminent speakers on “Exploring and Reviving Our Living Heritage- Tangible and Intangible”.

The inauguration of the VHAH FEST 2016 was done at the Vedic Temple by the renowned artiste, Geeta Chandran who gave a Vedic Solo performance “Satyam Shivam Sundaram”.

The lighting of lamp was done by the Health Minister, Sh. Rajendra Singh Rathore. The very eminent Indian classical singers of the Khyal style, Pandit Rajan-Sajan Misra gave a soulful performance in the evening.

The VHAH Fest 2016 focused on the Healing part of the fest. The day started on an energizing note with a master class on “How to make Our Lives Healthy & Do it Yourself for personal Protection” by Ajay Poddar, healthy building innovator and pioneer. The emphasis was laid on understanding energies of living and awareness on the use of technology in a utilitarian mode only. The speaker demonstrated the interaction of various kinds of energies around us and on the significance of balancing them for a healthy living.

The next session was taken up by the Maths Genius Professor, C.K. Raju on the “Genius of Indian Scientific Heritage”. The session was an interaction with the students who were asked about the utility and heritage of mathematics in India.

A master class on “Meditation for Concentration” taken up by Aditya Ahluwalia in the afternoon was thoroughly enjoyed by the school students who were the target audience of the day.

The session “The healing Power of Mantric Chanting” by Shruti Poddar, deliberated on the process of healing through the chanting of mantras which combined the energies to heal the body. The session ended with a collective chanting of “aum” by the speaker and audience.

The cultural evening was dotted with the spectacular classical Folk Music Performance by Maestro Pandit Chhanulal Mishra. The performance included the Kalbelia dance which attracted a lot of enthusiasm amongst the audience.

The 3rd day of the VHAH FEST 2016 started with the Heritage Walk conducted by Arvind Sharma & Shruti Poddar starting from the Ramgarh Fort, taking its first halt at the Ramgopal Poddar Chhatri for half an hour session. Moving on to the Natwarji temple the history advanced towards Gaurisaria Dharamshala. The areas covered in the walk included the Jai Narayan Poddar Haveli before coming back to the Ramgarh Fort.

The eagerly awaited performances of the day by the Music icon Shubha Mudgal and Padma Vibhushan Dr. Sonal Mansingh will start in the pleasant evening of Shekhwati at the Ramgarh Fort. The theatrical performance “Natya Katha: Krishna” by Dr. Sonal Mansingh and the Classical & Semi Classical Music performance by Shubha Mudgal is expected to be the high point of the day followed by the a series of folk dance and music by Bute Khan and Troupe.