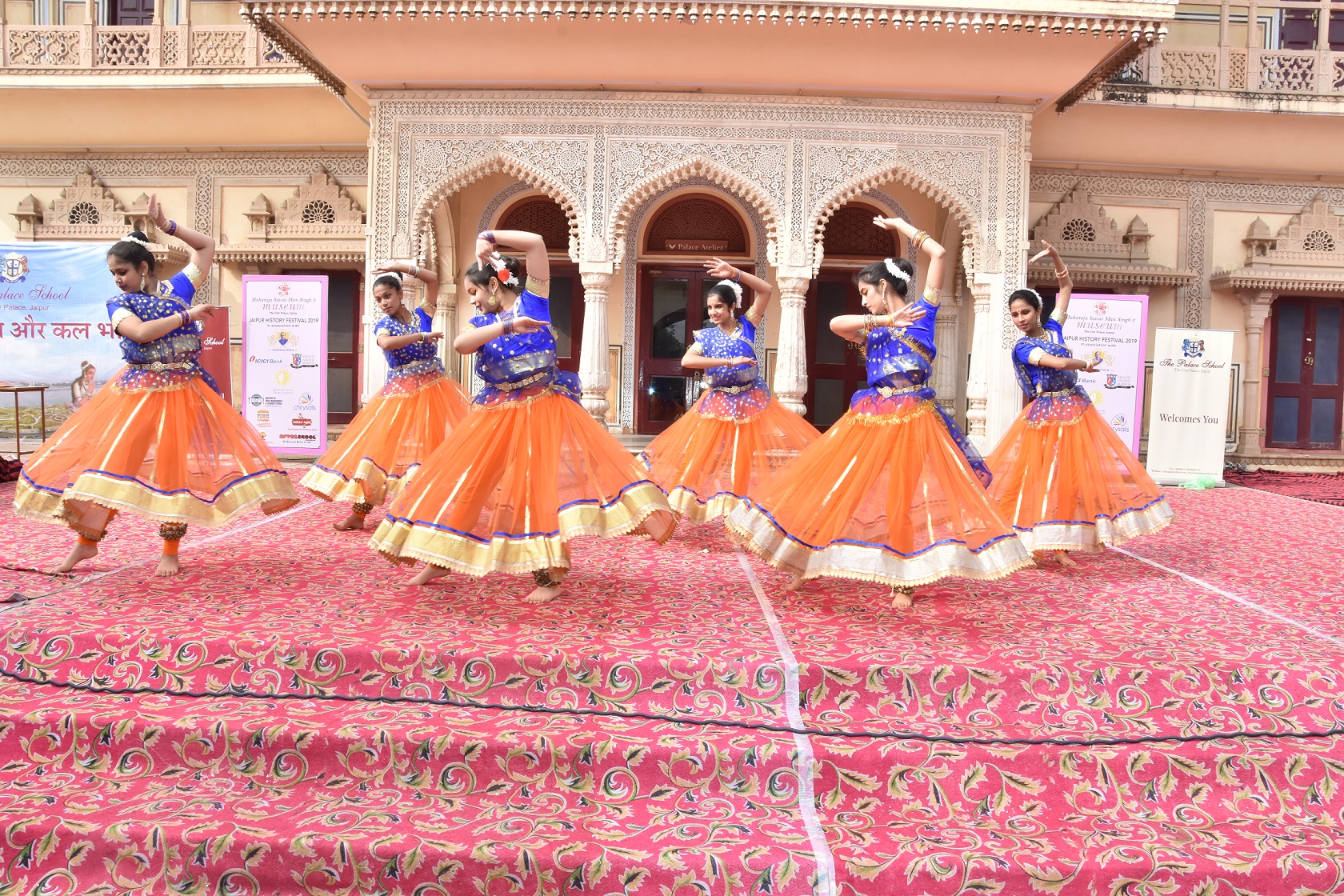 A whopping 6412 students from 42 schools from Jaipur and New Delhi attended the ‘Jaipur History Festival’ over the 4 days of the festival. The festival organised by the Maharaja Sawai Man Singh (MSMS) II Museum concluded today at City Palace. This was informed by the Director (Education), MSMS II Museum, Mr. Sandeep Sethi.

The day began with spiritual bhajans on ‘Sabarmati Ke Sant’  by The Palace School. This was followed by a skit against corruption and ‘Save the Environment’ by Kapil Gyanpeeth School and a comedy skit on rivers by Subodh Public School (Airport). Historical characters were enacted by Maharaja Sawai Bhawani Singh School and Shanti Asiatic School. These characters included – Genghis Khan, Begum of Awadh, Adolf Hitler, among others.

Craft workshops on Mandana, Face Mask,  Kites, Bandhej and Enamel Prints were also enjoyed by the students and visitors throughout the festival.