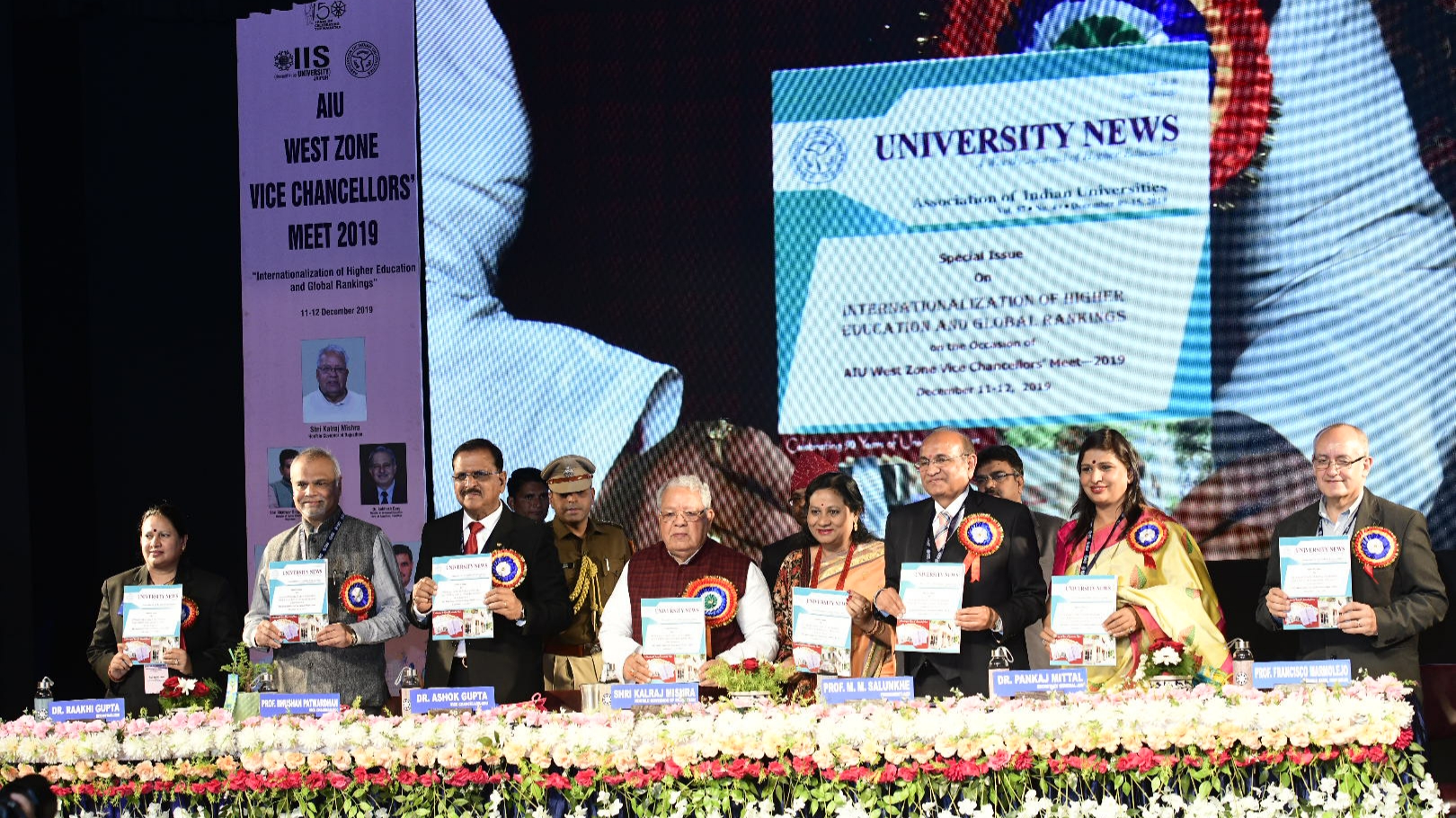 There is no denying the fact that India has no lack of talent. Our country is known all over the world in spheres like science, technology, economics, literature etc. This was stated by the Governor of Rajasthan, Shri Kalraj Mishra. He was speaking as the Chief Guest at the inaugural session of the 2 day West Zone Vice Chancellors’ Meet which is being organized by the All Indian Universities (AIU) and is being hosted by the IIS (Deemed to be University), Jaipur.  It is worth noting that over 80 Vice Chancellors of different Central, State, Private and Deemed Universities are attending the meet which is themed on ‘Internationalization of Higher Education and Global Rankings’

The Governor urged all the colleges, universities and technical institutions to make sincere efforts to ensure that the talent of our country is not drained overseas and is used to play a pivotal role in accelerating the progress the nation.

The Governor further said that there is a need to bring in innovation in higher education. The first step towards this will be to develop the infrastructure and facilities required for ensuring innovation. The deliberations of the 2 day meet will prove to be a milestone in addressing the challenges being faced by the Higher Education in the country. The meet will benefit not only educationists but also the government and the society for paving the way forward for innovation of higher education. Quality education, in turn, will go a long way in eradicating unemployment in the country, added Shri Kalraj Mishra.

In his Presidential Address, President, AIU, Mr. MM Salunkhe said that there is a need for internationalization of higher education in solving the problems of the world. Networking is important to derive amicable solutions. He further said that the ‘Study in India Programme’ will attract a large number of foreign students to study in Indian universities.

Vice Chairman, UGC, New Delhi, Prof. Bhushan Patwardhan said that though internationalization is essential, it is also important to strengthen nationalization. Indian Universities should also collaborate with one another. There should be exchange programmes for colleges in different states of the country as well as between urban and rural areas in order to facilitate life learning experiences for students.

In her opening address, Secretary General, AIU, Dr. (Mrs.) Pankaj Mittal highlighted the various initiatives of the AIU such as an updated interactive website, digitization of the library, admission portal, advertisement portal for jobs, a collaboration portal, among others.  She further spoke about an AIU journal for higher education as well as the proposed Centers of Excellence in various universities.

Earlier in his welcome remarks, Vice Chancellor of IIS (Deemed to be University), Dr.  Ashok Gupta said that hosting this 2 day mega event is of significant importance since the Indian Education system is on its way to re-construct itself. The deliberations of this meet will help the leaders of various universities and higher education institutions to re-define their mission as well as operational strategies.

Earlier on the occasion there was also release of the AIU journal by the Governor and other dignitaries on the dais.