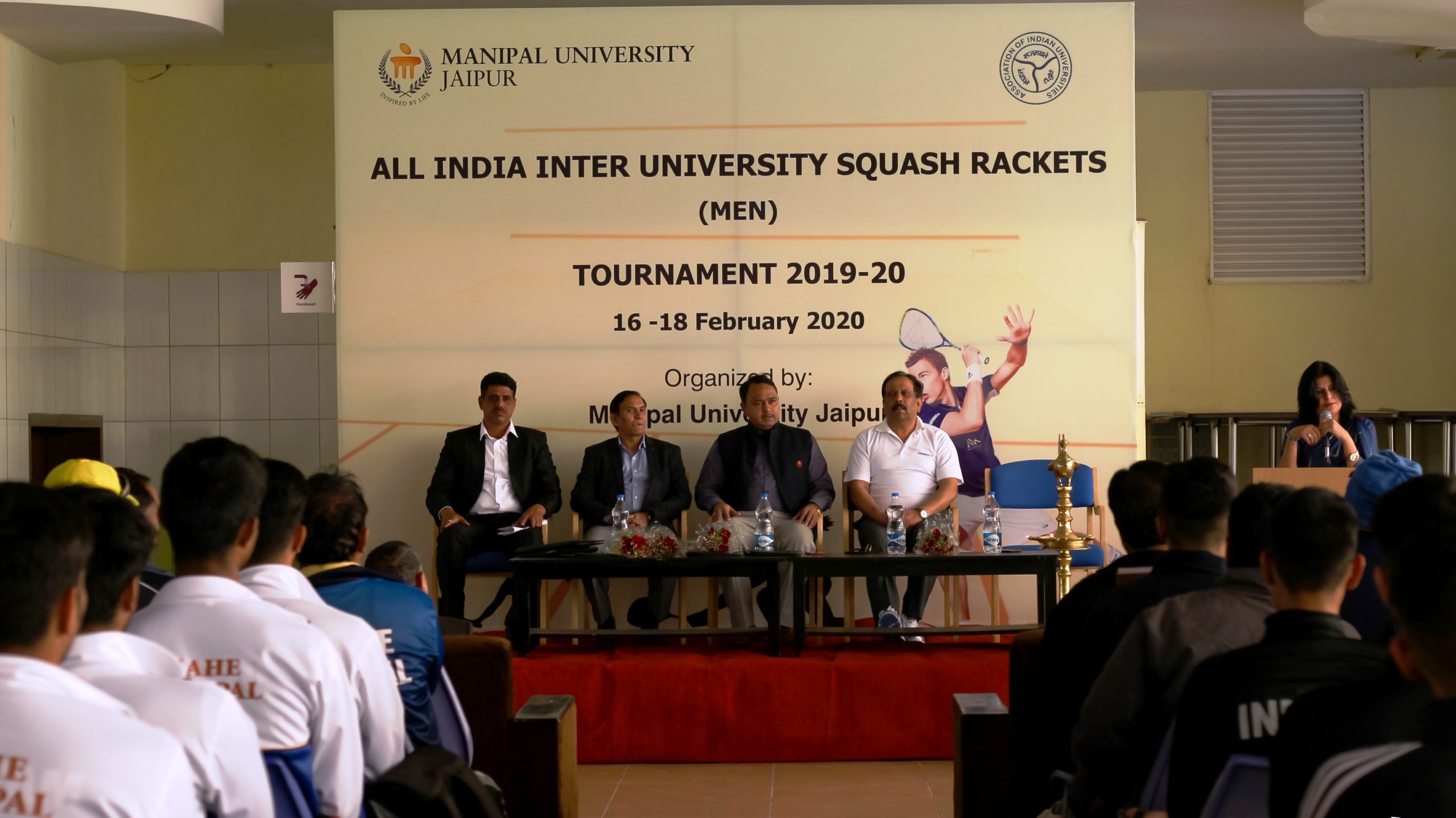 Earlier, there was an inaugural ceremony. The welcome address was delivered by Dr. GL Sharma, Dean of Student Welfare, MUJ. The Registrar, Dr. H Ravishankar Kamath also addressed the gathering on the integral part sports has to play in higher education. The organizing secretary Dr. Rina Poonia briefed the gathering about the tournament.