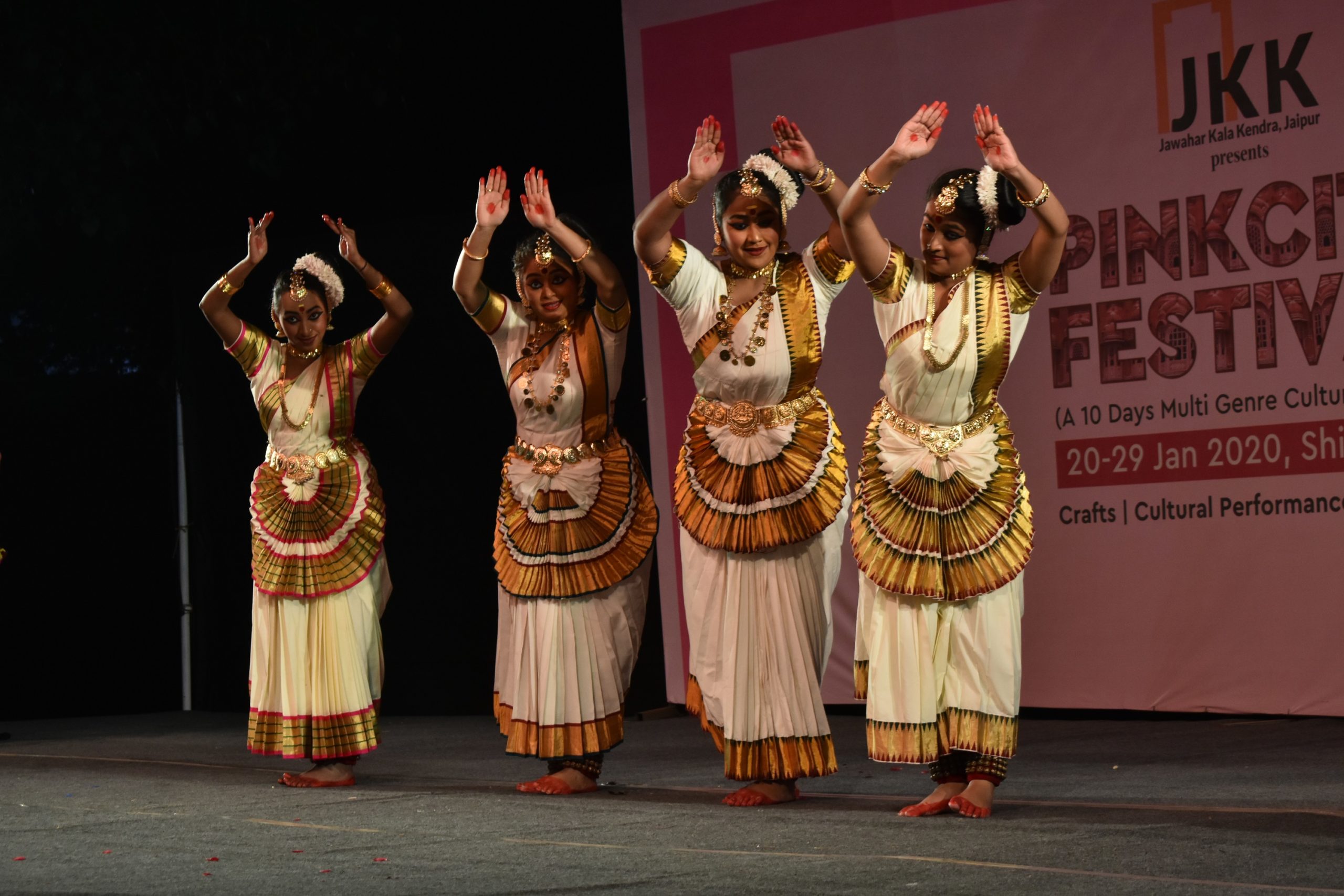 The classical dance recital began with ‘Ganesh Vandana’ which was followed by a solo performance of ‘Ganga Tatvam’, celebrating the lifeline of India, the holy Ganges. After this, Bhajan ‘Sreerama Chandra’ based on Ramayana was performed.  This was followed by a solo performance- ‘Padam A Satvika Abhinaya’ where Radha compels Krishna to go to Nikunja. Jayaprabha concluded the performance with ‘Ashtapadi’ from Geeta Govinda by Jayadeva Krishna and Varshagamana by Kalidas. The artistes who performed were- Kottakkal (Vocals), Tanjavur (Mridangam), Satish (Edakka), and  Shyamala (Veena). The dancers included – Rohini, Satheesh, Thankam, Arya, and Ranjitha.

The evening concluded with a melodious performance by the Indian classical singer, Mohammad Amaan Khan from Jaipur. He presented ‘Raag Rageshree’ and ‘Khyal’. He also presented Bandish like ‘Dhan Dhan Bhag’ and ‘Piya More Ghar Aaye’ in Vilambit Khyal. He concluded the performance with Teen Taal and Tarana. He was accompanied by Shoaib Khan on Tabla, Zafar Mohammad on Harmonium and Zakir Hussain on Sarangi.

The afternoon witnessed ‘Tamasha – Bandar Ka Byaah’ by Vasudev Bhatt. The classical lovers of Jaipur enjoyed the performance of the pure forms of Raagas like – ‘Malkauns’, ‘Jaunpuri’ , ‘Bhopali’ and ‘Bhairavi’. The play comprised of classical music with acting. Some of the artists included -Samvad, Rimjhim and Jhilmil. Throughout the afternoon Kathputli , Behrupiya and Kathodi artistes displayed their talent across the JKK premises with colourful performances to the delight the visitors at the festival. The audience also enjoyed ‘Shehnai and Nagada’ performance.