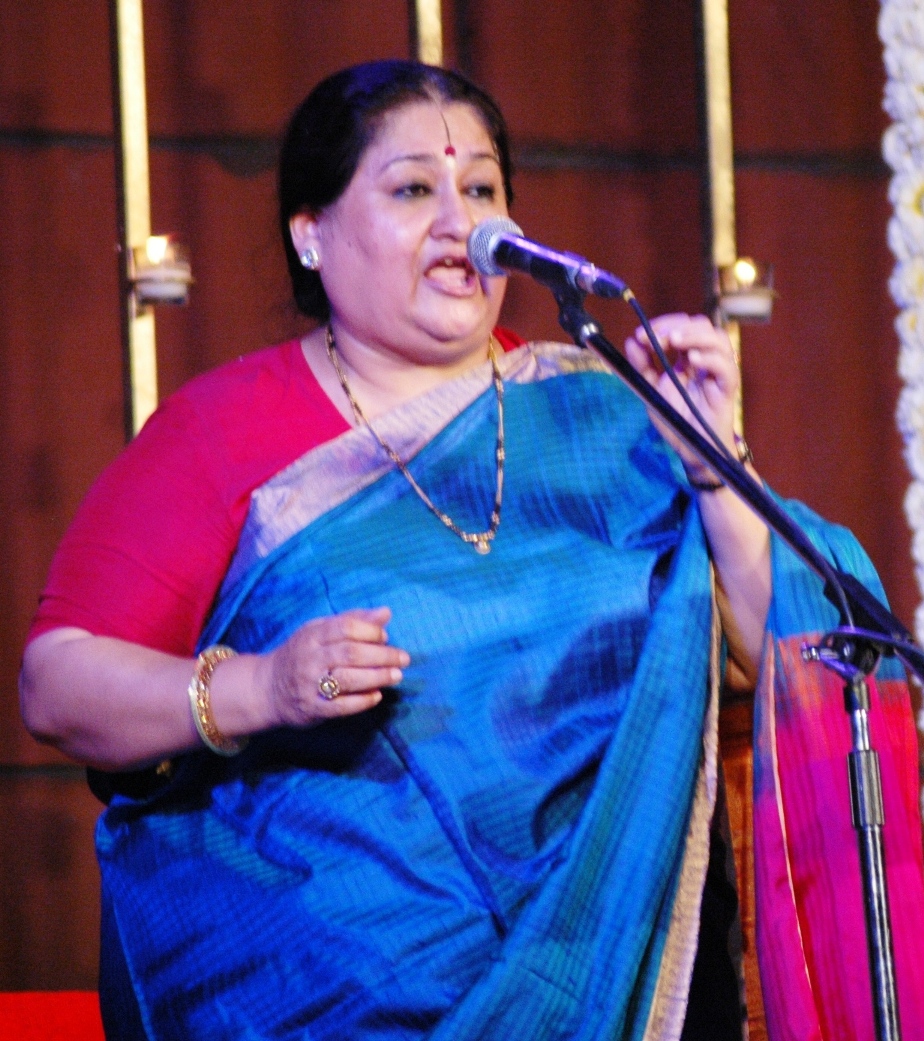 Jaipur, 18 March: Hindustani classical singer, Shubha Mudgal, one of India’s acclaimed vocalists, opened the second edition of the multi-cultural festival Navras today with her band in an ensemble titled ‘Koshish’.

The ensemble attempted to create a dialogue between diverse genres and forms of music and borrows liberally from varied literary sources. Tabla maestro and composer, Dr. Aneesh Pradhan is a founder member of the ensemble. An acclaimed soloist and accompanist to vocal music, instrumental music and dance, Pradhan has also composed many of the tracks presented by the group. Koshish has a motley combination of Sudhir Nayak (Harmonium), Aditya Balani (Guitar), Gaurav Balani (Bass Guitar), Anil Chawla (Keyboard), Srijan Mahajan (Drums) and Nitin Joshi (Sound Engineer).

The multilayered texts of medieval Indian poets, as well as contemporary literary giants such as Prasoon Joshi and Gulzaar, lend depth to the expression and emotion to their music. In addition to original compositions created especially for the project, the ensemble also presents compositions by other artists in tracks such as, Sikho Na Naino Ki Bhasha and Ab Ke Sawan Aise Barse by Prasoon Joshi and Kal Ki Raat Giri Thi Shabnam by Gulzar. Other popular tracks like Rangeelo Maro Dholna and Mathura Nagarpati more closely identified with Shubha Mudgal were also rendered.

Tomorrow there will be ‘Morning Ragas’ (Free Entry) by classical singer Shruti Sadolikar at 7 am at JKK Lawns. This will be followed by ‘Meet the Artist’ (Free Entry) Shubha Mugdal at 12 noon at Krishnayan. To conclude the day, theatre performance ‘Phool Kesula Phool’ (Ticketed) by Rajendra Panchal will be staged at Rangayan at 4 pm and 7 pm.

Press Release The Exhibitors’ Meet was held on Friday late evening at Hotel Marriott for the 17th edition of the Jaipur Jewellery Show (JJS). This year at the Exhibitors’ Meet, there was tremendous enthusiasm among the jewellers for JJS. This year the theme is ‘It’s Time to Sparkle’. The...

PARTICIPANTS LEARN THE NUANCES OF FILM APPRECIATION AT JKK

Press Release As many as 35 participants learnt the nuances of film appreciation such as film aesthetics, scene analysis, narrative analysis, creative engagement, among others at a workshop on Film Appreciation at Jawahar Kala Kendra (JKK). The workshop was conducted by Researcher and Educator of Cinematic-Art and Performance-Art, Mr....

Press Release Rajasthan has a bounty of tourism opportunities to showcase to the world. It is important to plan how art, culture, and traditions of Rajasthan can be promoted to attract tourists globally. To ensure safety for the incoming tourists, a law has passed to provide for strict action...