A BONANZA OF MUSIC, DANCE, POETRY AND DISCUSSIONS IN SUFI FEST 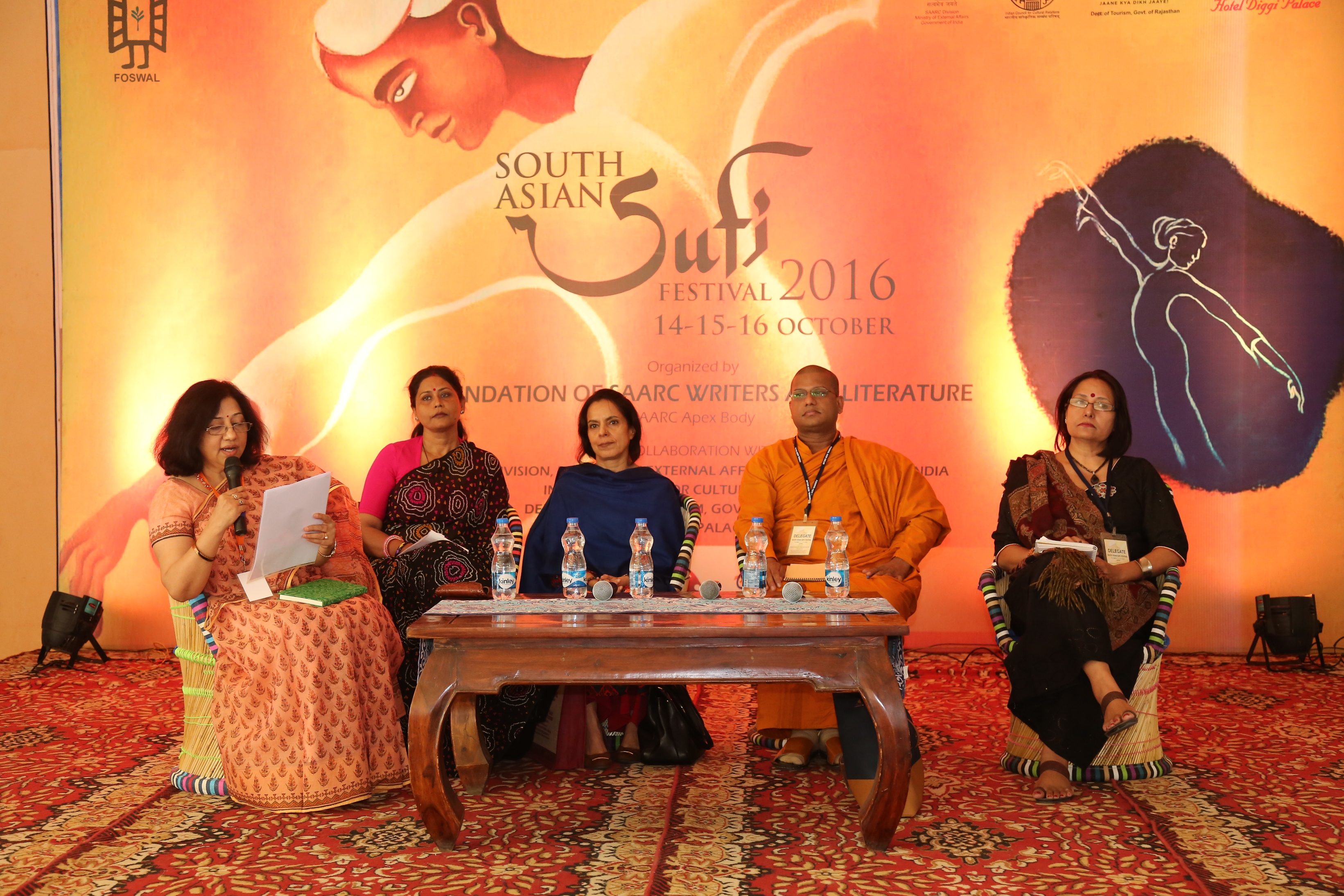 A BONANZA OF MUSIC, DANCE, POETRY AND DISCUSSIONS IN SUFI FEST

The panel discussions were centered on a multitude of themes like ‘Art and Sufism’; ‘Women and Sufism’; ‘Media for Harmony’, ‘Music and Spirituality’, among others. In the session ‘Art and Sufism’ moderated by Dr. Sunil Sharma, author Sadia Dehlvi, renowned classical and Carnatic singer, Ms. Vidya Shah and Kathak dancer Ojasi Sukhantar expressed their views about Art and Sufism. In the discussion, Dr. Dehlvi said that there are a lot of misconceptions about Sufism. The recent trend has been to de-link Sufism from Islam. However, Sufism is the heart of Islam. The Arabic word for Sufism ‘Tasawwuf’ has always been an integral part of Islam.Sharing her insight on Sufi music, Ms. Dehlvi said that music should lead to righteousness and God. She also cautioned against using the word ‘Sufi’ with frivolity as it leads to the loss of essence of Sufism.

Ms. Shah said that Sufi music is not only beautiful to listen to but also has deeper meanings. One should look beyond the obvious while listening to Sufi music, she suggested. She further said that in the recent times of unrest and violence, Sufi music is relevant to spread the message of peace and love. Sharing her views on ‘Fusion Music’ she said that there is nothing erroneous about Sufi music as long as it has the right ‘intent’ (Niyat).

Kathak dancer Ms. Sukhantar said that the term ‘classical’ has always been synonymous with ‘divine’. One can reach the divine consciousness through a focused movement in dance. The divine consciousness gets fixed right in the body of the artiste, making him/her a spiritual practitioner. The viewers attain divine consciousness when they go within themselves, she said. Ms. Ojasi Sukhantar also presented a dance recital on the occasion for which the narrative was rendered by Dr. K. Parameswaran.

Ms. Sharma said that the three basic aspects of Sufism are Love, Devotion and Concentration. Women have been central in the creation as well as the conceptualization of Sufism. She further said that Sufism is essential for understanding oneself and one will not need any Pandit/Maulvi (priest) for attaining God if one adopts Sufism.

Writer and Publisher from Nepal, Ms. Archana Thapa said that all women are Sufi in their own right as they give up their identity, dreams, desires and existence to become one with the person they love. They give up the ‘self’ willingly to attain oneness with the ‘other’.

Buddhist monk Rahula threw light on the similarities between the tenets of Buddhism and Sufism. Both Sufism and Buddhism reject the idea of male domination and do not discriminate on the basis of gender, religion and race. Furthermore, they spread the message of love, compassion and dignity.

In the evening a play – ‘Sohbat’ directed by Sohaila Kapur will be staged. ‘Sohbat’, which means ‘companionship’ or ‘conversation’, is the story of the encounter between the renowned poet and philosopher Jalaluddin Rumi and an itinerant mystic, Shams who became Rumi’s mentor.