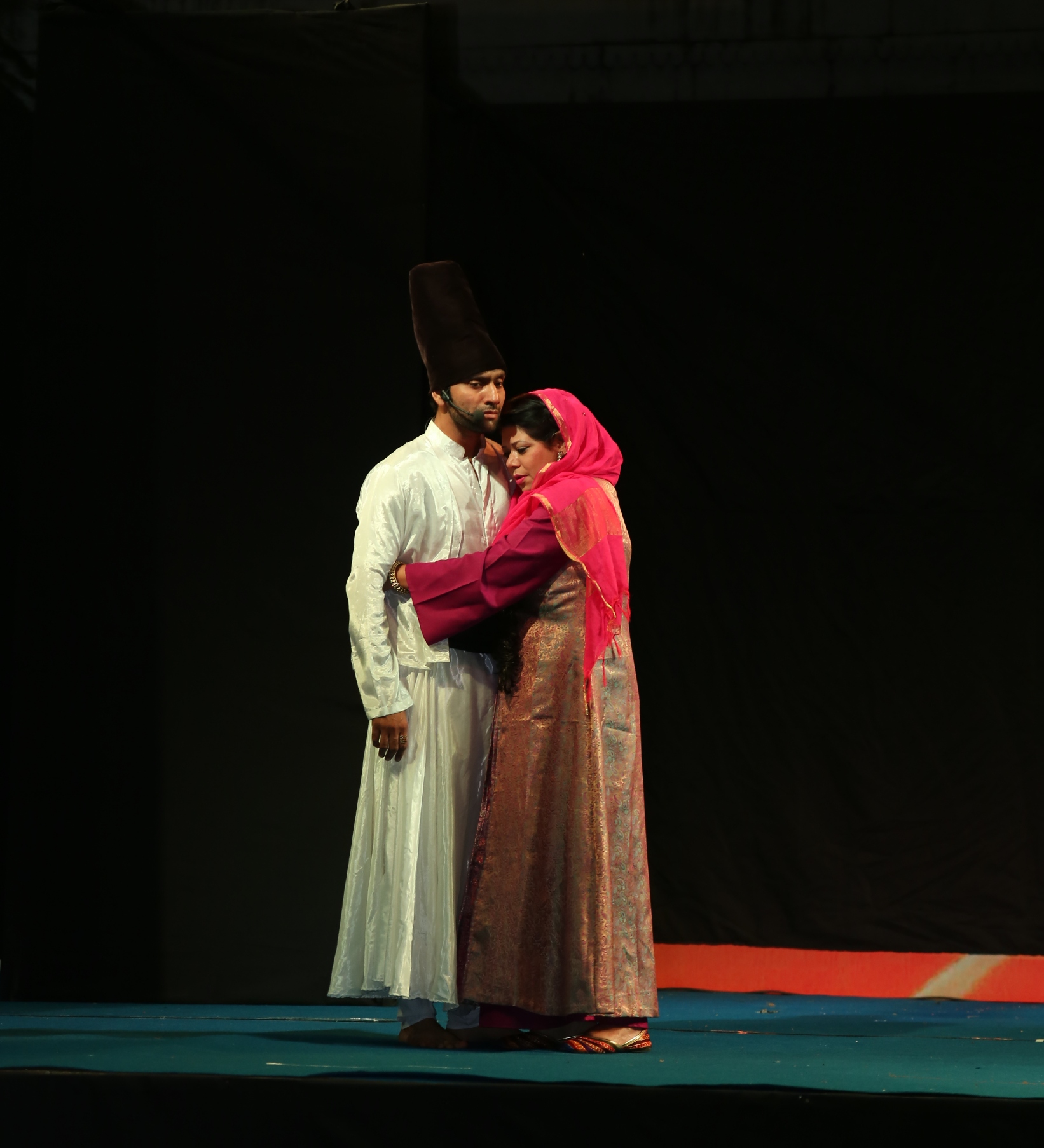 ‘Sohbat’, which means ‘companionship’ or ‘conversation’, is the story of the encounter between the renowned poet and philosopher Jalaluddin Rumi and an itinerant mystic, Shams who became Rumi’s mentor. The bruising encounter between them led to 40 days of discourse and meditation, which changed Rumi forever. The man who emerged from behind those closed doors after the 40 days, was not the husband she had known, according to Rumi’s wife, Gauhar.

The play is written by Neena Wagh and the music was rendered by Jitender Singh Jamwal. The character of Rumi was portrayed by Neeraj Yadav, Shams by Arun Prakash, Gauhar by Lotty Alaric and Dastango by Arti Nayar.

Earlier there was also a musical performance by local Qawwals. Minister for Higher Education, Government of Rajasthan, Mr. Kali Charan Saraf was also present on the occasion.