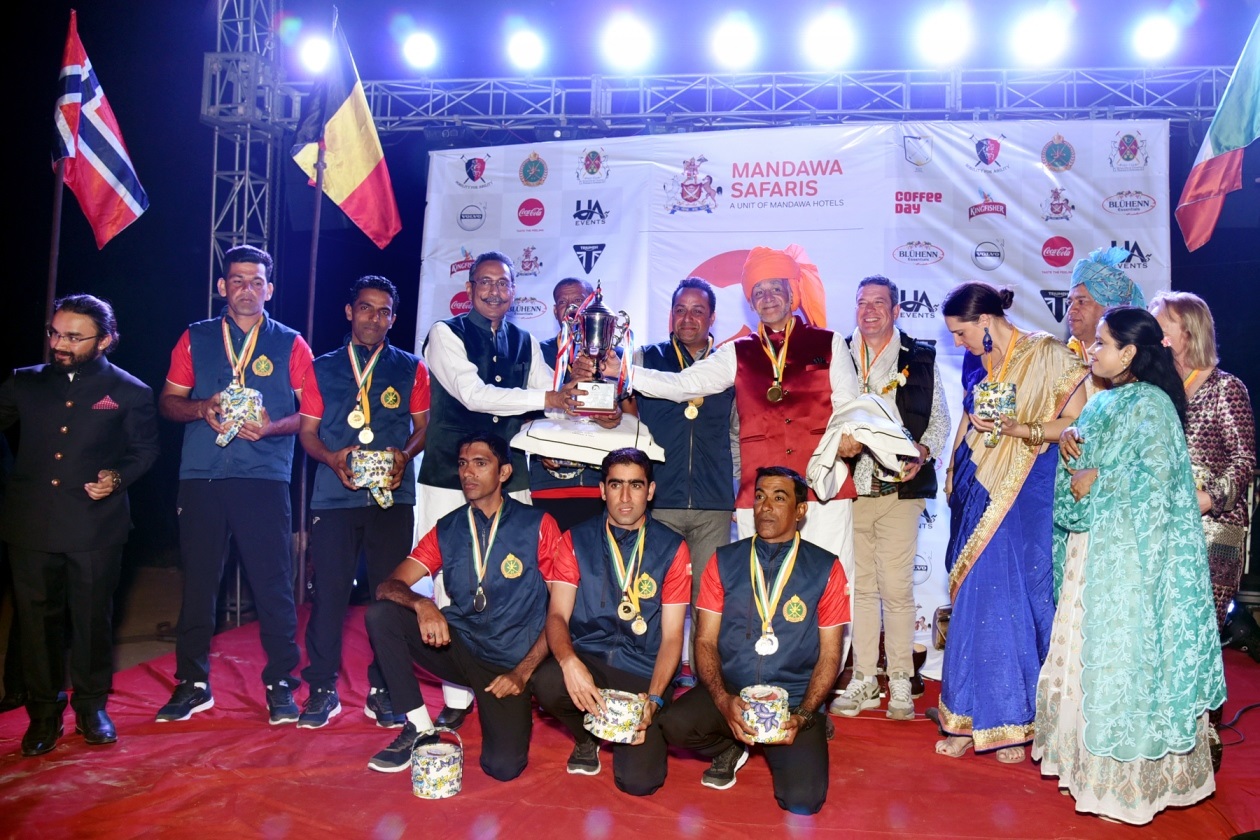 The 7-day long ‘Gallops of India’ endurance ride concluded Friday evening with the final leg of 25 kilometers.The starting line of the final leg of the ride was from Fatehpur. The finishing line was at the Mandawa Stables. The joint-winnersof the ride were – ‘Cavalry of Oman’ and ‘Team Tchapandaz’ with team members from France, Spain and Germany. Both teams consisted of 5 riders each. Later, the Minister of Tourism, Government of Rajasthan, Mr. Vishvendra Singh distributed the trophies and medals to the winning teams. During the ceremony, the participants donned traditional Indian attire and enjoyed a cultural evening with traditional Langa folk singers of Rajasthan and a DJ.

The 200-kilometer endurance ride was a test of managing speed, time and stamina of both the horse and rider. The horses also had regular vet checks throughout the ride – with a successful turnout of both the horse and rider. The Cavalry of Oman Team included – Adil with his horse, Kabir; Anwar with Champa; Mahmod with Maya; Ahmad with Ravi and Mohammed with Sangram. Similarly, team Tchapandaz included rider, Bettina with her horse Chandni; Jordi with Madhu; Aurelie with Meera; Christophe with Maria and Wali with Priyanka.