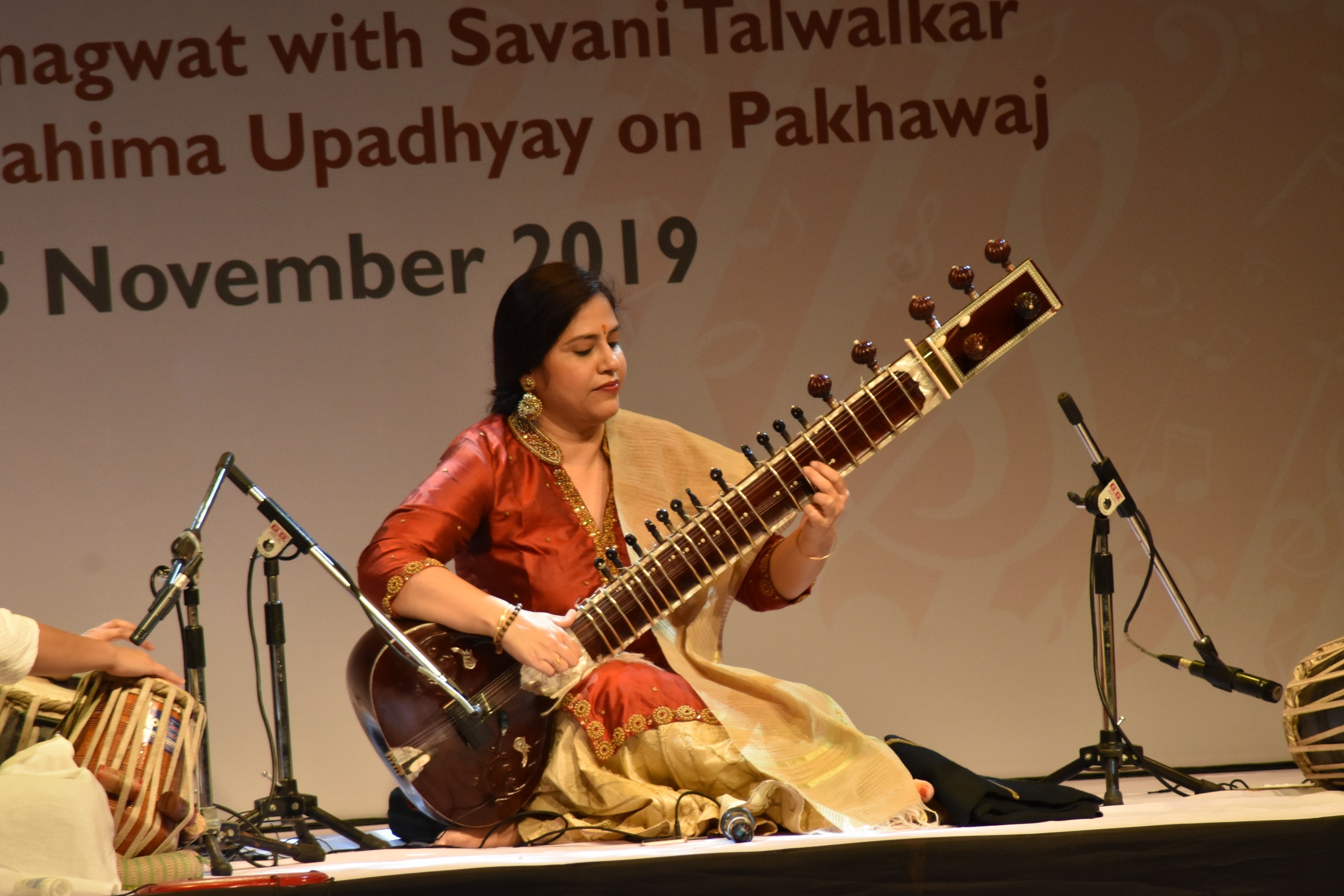 On the second day of the 4-day music festival ‘Divine Chords’, sitar maestro, Anupama Bhagwat from Delhi presented the rich and melodic sounds of Indian classical music at Jawahar Kala Kendra (JKK) today. The artiste performed several Indian classical music pieces on the Sitar and mesmerised the audience with its brilliant sound.

Anupama began the performance with ‘Raga Behag’, which is a night time Raga that evokes a feeling of beauty. In this she began with ‘Alaap’ followed by ‘Jor’ and ‘Jhala’. This was followed by Raga ‘Rageshree’ which was a fast composition and ’Chhap Tilak’, an instrumental interpretation of the very popular Sufi song. She went on to perform a popular Afghani folk song ‘Anar’ and ‘Maand’, a popular folk tune of Rajasthan. Ms. Bhagwat was accompanied by Savani Talwalkar on the Tabla and Mahima Upadhyay on the Pakhawaj.