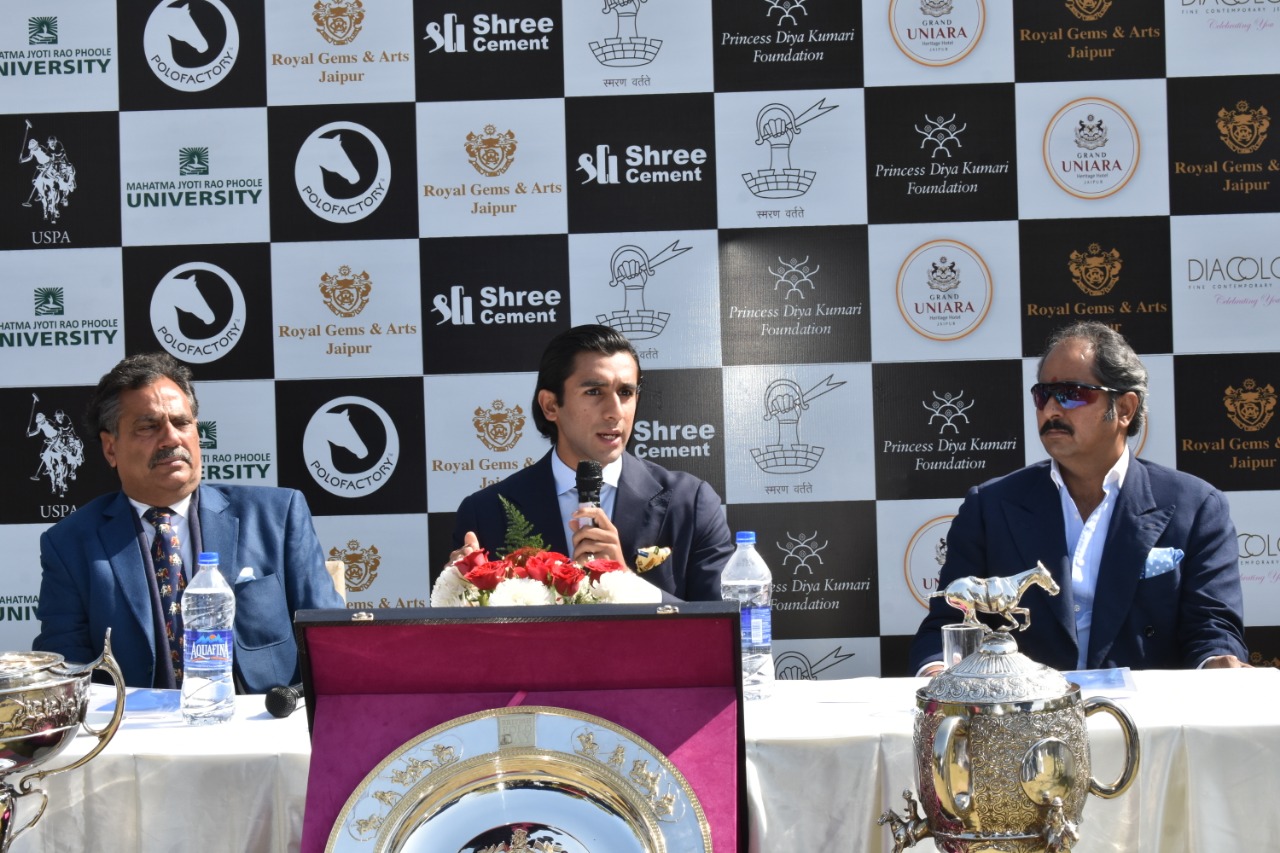 The much awaited Winter Jaipur Polo Season will begin on 1 February at Rajasthan Polo Club (RPC). It will be on till 28 February. The delay by a month this year has been owing to the Covid-19 pandemic situation as well as the extreme cold in Jaipur during the month of January.

The highlight of the season will be a 16 goal Jaipur Open Tournament for the HH Maharaja Sawai Bhawani Singh Jaipur Cup. This Tournament will be from 15 February to 21 February. This is for the first time after a span of 2 decades that a 16 goal tournament will be played in Jaipur. This tournament has been sponsored by Carysil. The last such high-handicap match was played in the year 2001 as a part of India Open Championship. This season a +7 handicap player, Juan Augustine Garcia Grossi from Argentina will also be participating. This was informed by the HH Maharaja Sawai Padmanabh Singh of Jaipur today at a Press Conference at the Ashok Club.

In the past years the 14-goal Sirmour Cup was the highest handicap match. In this season this tournament will be held from 8 February to 14 February. It has been sponsored by Shree Cement.

Maharaja Padmanabh Singh further informed that for the first time last year the Ladies’ Polo Match had been organized in the Jaipur Polo Season. The idea was to encourage women to increasingly take up the game of horse polo. Looking at the success of the match and huge enthusiasm, a ladies polo match will be organized on 27 February. It will be known as Princess Diya Kumari Foundation Ladies’ Polo. This has been sponsored by USPA.

The Rajmata Gayatri Devi Memorial Cup (10 goals) will be played from 22 February to 28 February. It has been sponsored by Rambagh Palace Jaipur.

“We would also like to point out that we have just come to the end of a 3 week low goal polo season conducted in partnership with the Jaipur riding and polo club as well as the 61 Cavalry, with the idea of giving an opportunity to young and upcoming players. More than 6 teams had taken part comprising of many young and new players, which is a bright sign for polo in Jaipur and India,” said Maharaja Padmanabh.