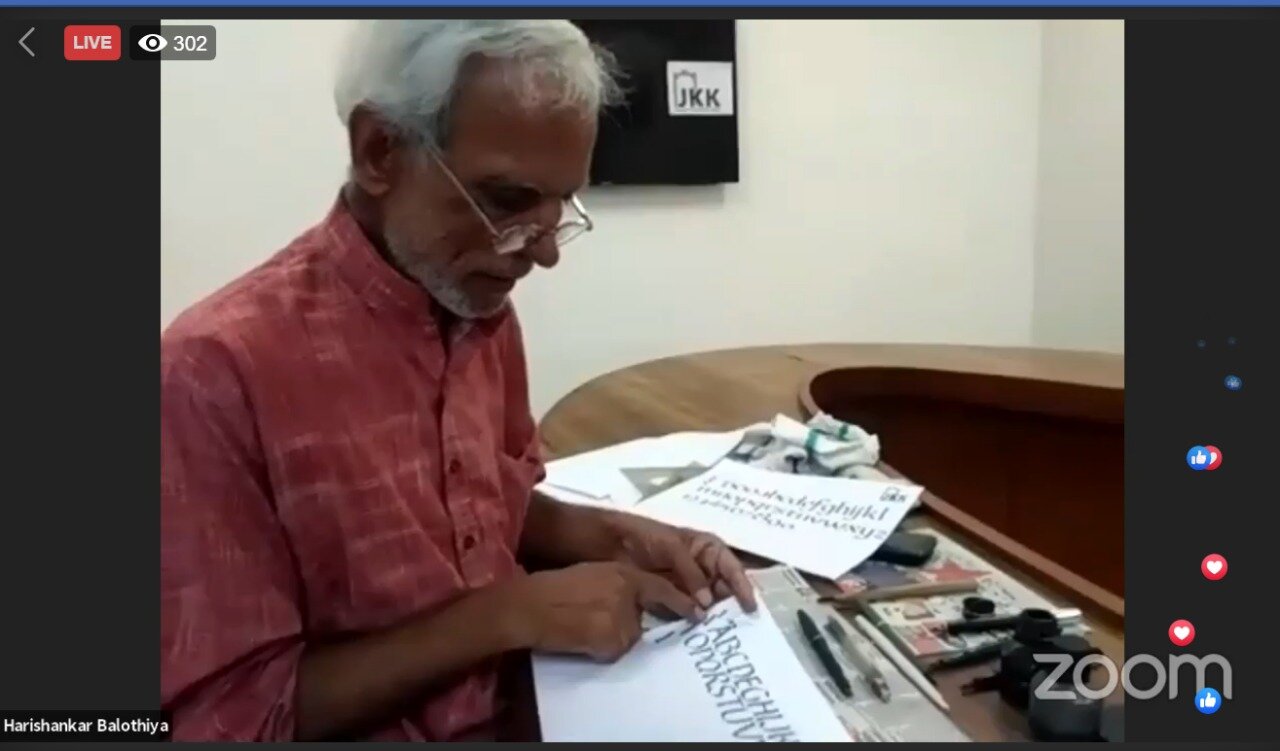 On the fourth day of the ongoing ‘Online Learning – Children’s Summer Festival’, viewers learnt about hand drawn ‘Calligraphy in Roman and Devanagari scripts. The session was conducted by visual artist, Mr. Harishankar Balothia. During the session, viewers were taught the basic theory of Calligraphy, structure and formation of letters, pen pressure, maintaining consistency, use of spacing and much more. The session witnessed participation from over 330 viewers.

The session began with the artist demonstrating how to write lowercase letters in Roman script. This was following by a step-by-step guide of Cursive and Uppercase Roman lettering. During the demonstration, he also explained the concept of writing between two lines, ascenders and descenders as well as which angles to write in.

Throwing light on the concept of maintaining consistency during lettering, Mr. Balothia explained that by demarking space (1 box), mapping the centre spot and using a variety of strokes, letters can be formed. The artist should work within the given space and play with different types of strokes to create beautiful script. There are five types of strokes – left diagonal, right diagonal, horizontal, vertical and curved, he said.

He concluded the class by showcasing how to measure space for perfect hand lettering in calligraphy. He said that by using a variety of stokes and pen width, one can measure letters with ease. He went on to demonstrate Devanagari script letters, pen holding techniques, pen pressure to be applied as well as direction of movement.

Programme on Tuesday, 19 May
On Tuesday, 19 May, there will be visual arts online learning session on ‘Phar Painting’. It will be conducted by visual artist, Mr. Manoj Joshi. During the online learning sessions, viewers will learn about the religious scroll painting or folk painting of Rajasthan called Phar painting. This style of painting is traditionally done on a long piece of cloth or canvas, known as phad.