VIEWERS LEARN ABOUT ‘CHARACTERISATION’ AS A THEATRE ELEMENT

HomePress ReleaseVIEWERS LEARN ABOUT ‘CHARACTERISATION’ AS A THEATRE ELEMENT 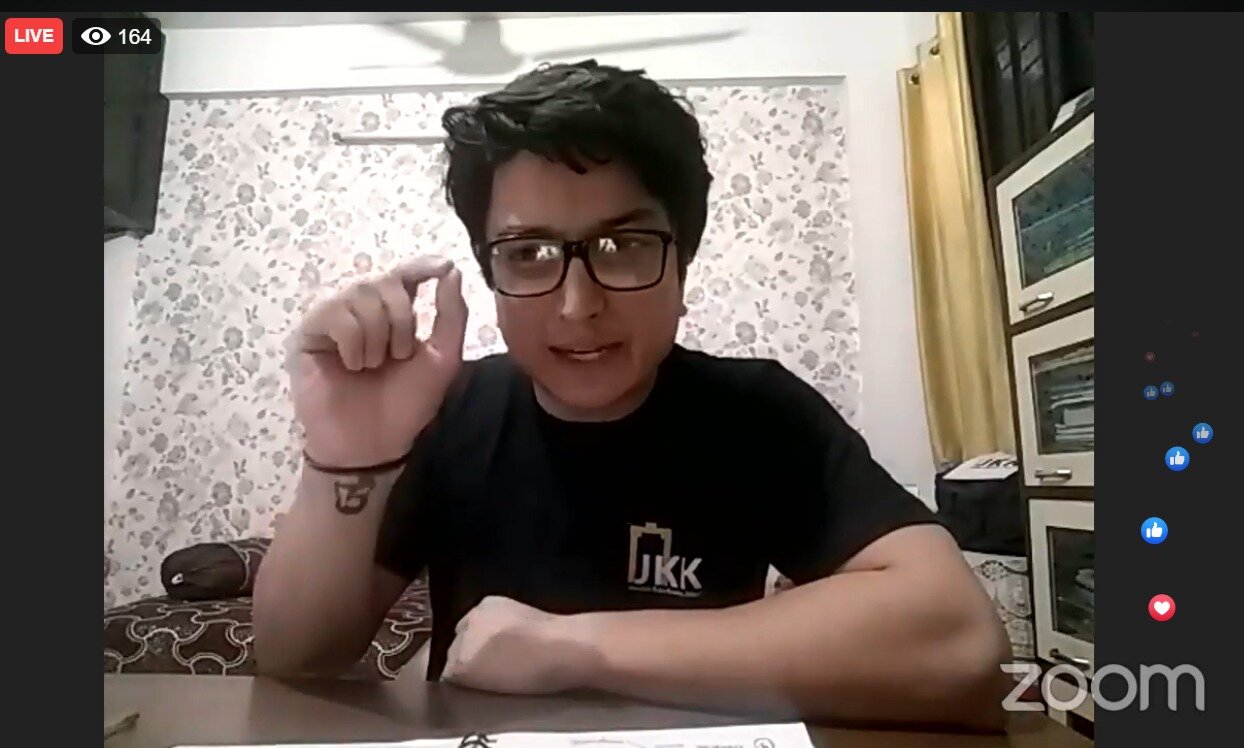 VIEWERS LEARN ABOUT ‘CHARACTERISATION’ AS A THEATRE ELEMENT

On the third day of the ongoing ‘Online Learning – Children’s Summer Festival’, viewers learnt about ‘Characterisation’ as a theatre element. The performing arts session on ‘Theatre’ was conducted by theatre artiste, Mr. Mudit Tripathi. Through a series of fun activities, children were encouraged to create a character and a short act based on the discussion. They also learnt about the techniques of characterisation through the use of objects.

The session began with a short physical exercise in which the artiste demonstrated how to lead  with different parts of your body like the  nose or stomach leading a character’s walk. This exercise helped them deduce a person’s characteristics from their walk.

This was followed by an observation activity, that taught the various characterisation techniques as well as the process of developing and introducing a character into an act. Viewers were asked to pick up any object lying around and judge its mood. The mood of the object was judged through the object’s colour, texture, size and shape. Thereafter, they were asked to give the reason for the mood which may be caused due to other nearby peer objects or the object’s functionality. Depending on the characterisation of the object the students were then demonstrated how to give the object a voice, add dialogue and bodily transform themselves into that particular object.
Students were given the after-class activity to develop a character in a similar manner and a create a role by imbibing themselves in it. During the session, the children also enjoyed the popularly played game during the ‘Junior Summer Programme’ called ‘Tota Kehta Hai’.

It is to be recalled that there is no fee or requirement for registration or the need for even filling a form for attending the sessions. The programme will be Live on JKK’s Facebook on https://www.facebook.com/jawaharkalakendra.jaipur/ .The session will be featured on YouTuber later.

Programme for Monday, 18 May

On Monday, 18 May, the visual arts online learning sessions will begin with ‘Calligraphy’. It will be conducted by visual artist, Mr. Harishankar Balothia. At the session, viewers will be guided through the basics of modern calligraphy, typography, ink flow, pen pressure, shapes and learn to develop their own unique style.