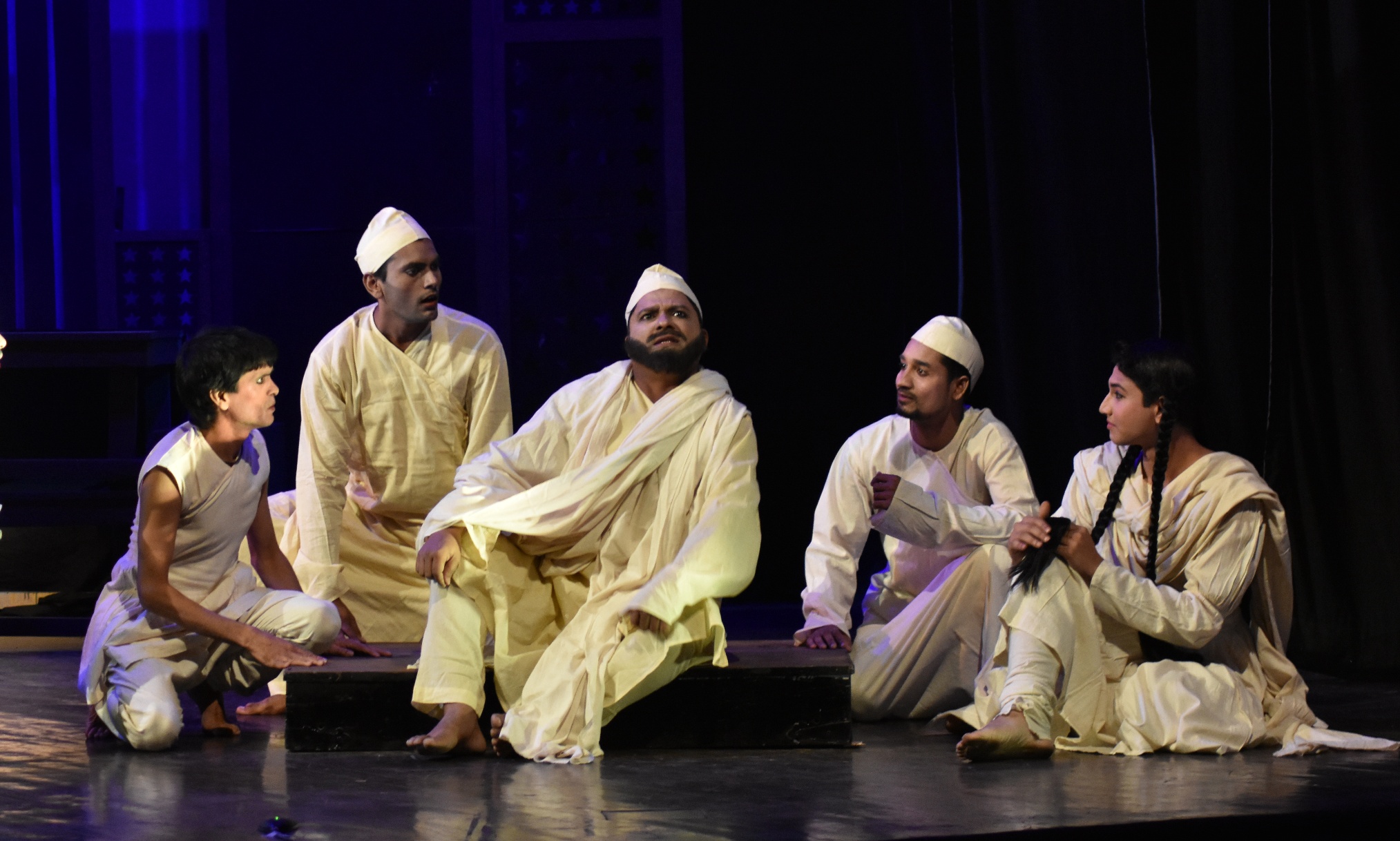 Under the fortnightly theatre scheme of Jawahar Kala Kendra (JKK), the Urdu play ‘Roohein’ directed by S.M. Azhar Alam was staged at Rangayan . The spirit drama, ‘Roohein’ portrayed the story of a State’s impermanence and pride. The play had multiple layers which depicted varied shades of struggle. Struggle between the past and the present, struggle between the new and the old, struggle of right and wrong, struggle of democracy against aristocracy.

The play was a collage of a variety of emotions and human conflict which had a cemetery at the center where many spirits from the long lost past are still struggling to come to terms with the new order. On the other hand, the present is constantly struggling in dealing with the current situation because it knows that ‘happiness can never be achieved by hate’.

A virtual extravaganza of books, ideas and dialogue

Press Release The 14thedition of the Jaipur Literature Festival began on 19thFebruary 2021 in a virtual avatar that recreated the magic of its customary home, the iconic Diggi Palace. Like every year, the Festival began with a breathtaking Morning Music performance by internationally acclaimed performer, composer, cultural entrepreneur and...

Love, for me, was the reason for writing this book:2020 Booker Prize Winner, Douglas Stuart, at the Jaipur Literature Festival

Press Release  ‘Queer son of a single mother.’ This is how Douglas Stuart, Scottish-American writer, who recently won the 2020 Booker Prize for his debut novel, Shuggie Bain, introduced himself in his session with writer and playwright Paul McVeigh, on day 3 of the acclaimed Jaipur Literature Festival 2021....

Press Release Hailed as the ‘greatest literary show on Earth’ and the ‘Kumbh of Literature’, the Jaipur Literature Festival 2021, began yesterday with an insightful conversation between Prasoon Joshi, poet, songwriter and Chairman of the Central Board of Film Certification, and musician and scholar Vidya Shah. The duo explored...