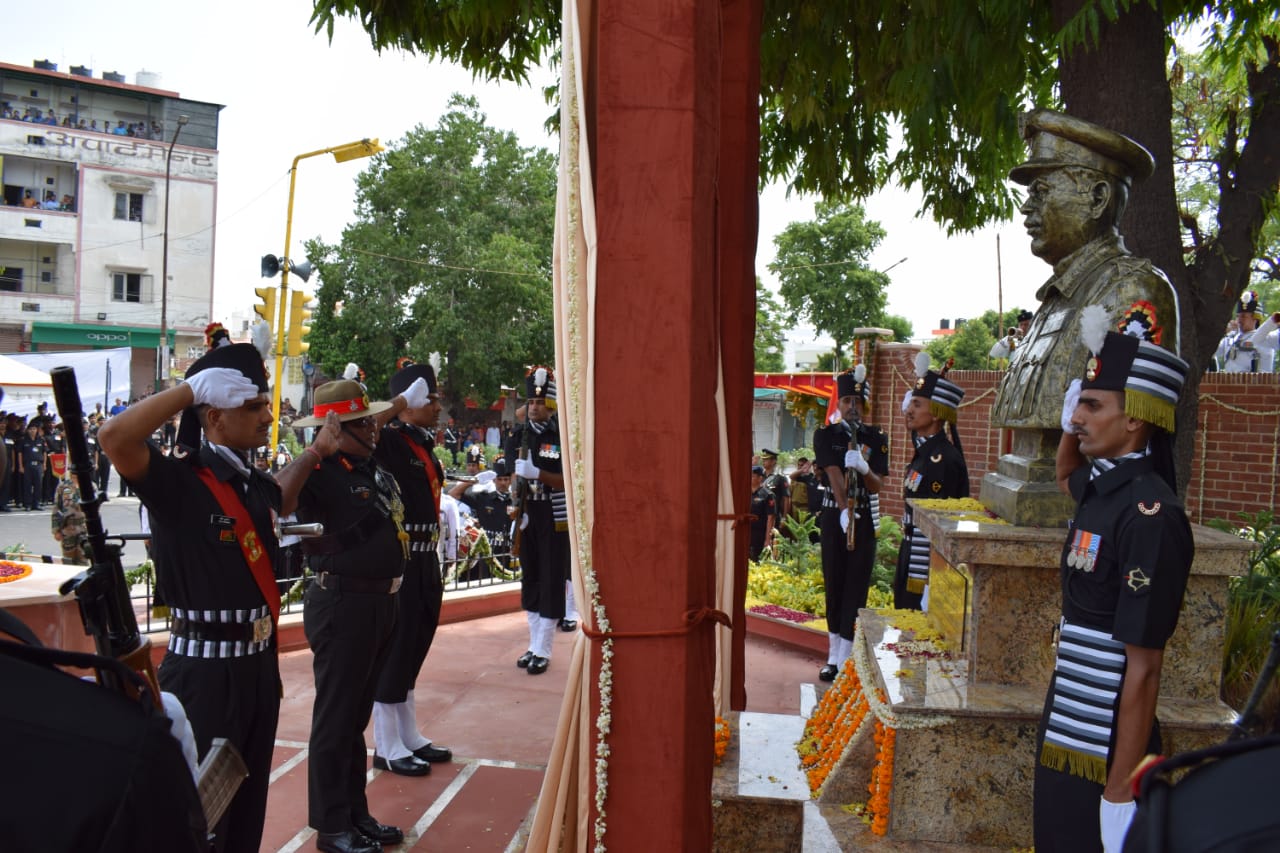 Epitaph of Lieutenant General Sagat Singh, PVSM was inaugurated by Army Commander Sapta Shakti Command near Jharkhand Mod, Jaipur on 13 July 2019. A wreath was also laid by Lieutenant General Cherish Mathson as mark of respect to this brave son of Rajasthan.

Towards celebrations of the birth centenary of General Sagat (14 July 2019), Army has conducted lectures in various schools of Rajasthan, Haryana, Punjab & UP to spread awareness about achievements of this great general who inspite  of having joined the Army in ranks rose to become Lieutenant General. He was instrumental in liberation of Goa from Portuguese rule  in 1961.

In 1967 when the Nathu La (pass) clash between India & China took place, Lieutenant General Sagat refused to vacate the Nathu La pass even after being ordered by his own superior authorities. The end result was that Nathu La is still with us.

Later during Indo-Pak war of 1971, he commanded 4 Corps which not only made famous advance to Dhaka during liberation of Bangladesh. He was one of the fortunate ones to witness the signing of famous surrender instrument by General Niazi of Pakistan Army.

The general officer spent his retired life in social works helping the poor & underprivileged villagers. He passed away on 26 September 2001. A patriot to the core, General Sagat has left a legacy of professionalism for the generations of the Indian Army soldiers to follow. Sapta Shakti Command salutes him.

Army has also planned to conduct a convention in Sapta Shakti Auditorium on 14 July to remember this brave son of Rajasthan. Various eminent speakers are likely to share their views & experiences about the general officer in the seminar.