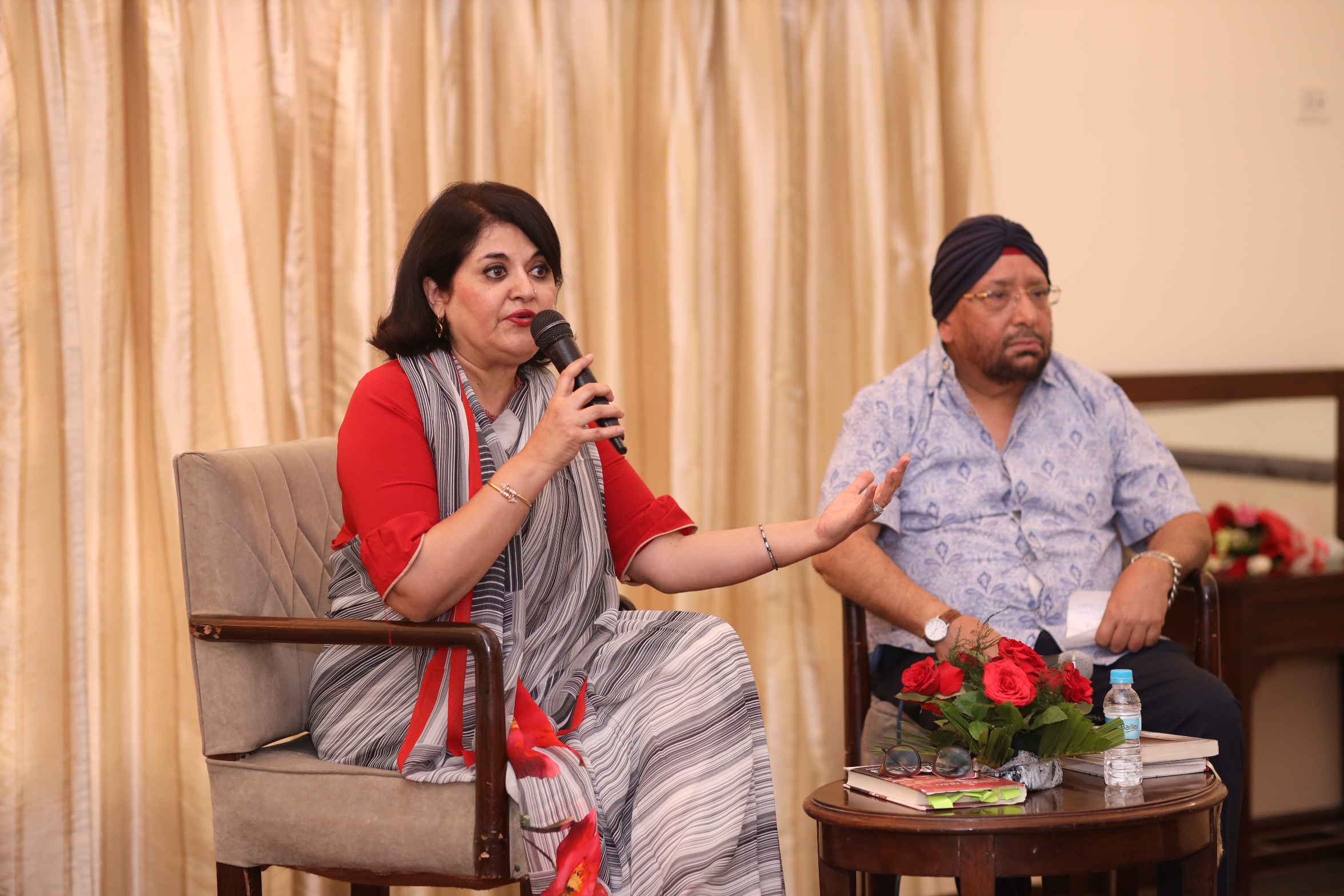 There is a strong need to re-examine and re-tell contemporary history in our own way. The British account of history needs to be done away with and a parallel narrative of the people should be formed. This was stated by author Kishwar Desai at a discussion on her latest book ‘Jallianwallah Bagh 1919, The Real Story’ at the Ashok club.The author was in conversation with history enthusiast, Mr. Jagdeep Singh.

Ms. Desai further said that for writing this book, she has used all first hand sources such as the Hunter Report, Gandhiji’s report and eye witness accounts. Breaking many myths around the Jallianwallah Bagh in her work, Desai called writing this book a life changing experience.

The discussion began with the author throwing light on the build up of the tragic event on April 13, 1919. She said that there was a lot of turmoil all over India in February and March.  Gandhi decided to launch a Satyagraha against the Rowlatt Act. Hindus and Muslims were uniting even though British did their best to divide and rule.

The massacre was a pre-planned, well thought out and strategic attack on the people of Amritsar, contended Desai. She busted two myths related to the event – firstly, the gathering was not a festive one and secondly, the presence of women in the gathering was negligible.

The official British count, which was carried out much later in August, states that 379 people were killed in the massacre. However, Desai opines that at least a 1000 people were killed – which included mainly men and male children.  The session concluded with an interesting Q&A session by the audience.  Earlier, the convener of the event, Mr. Ajay Singha delivered the welcome address.