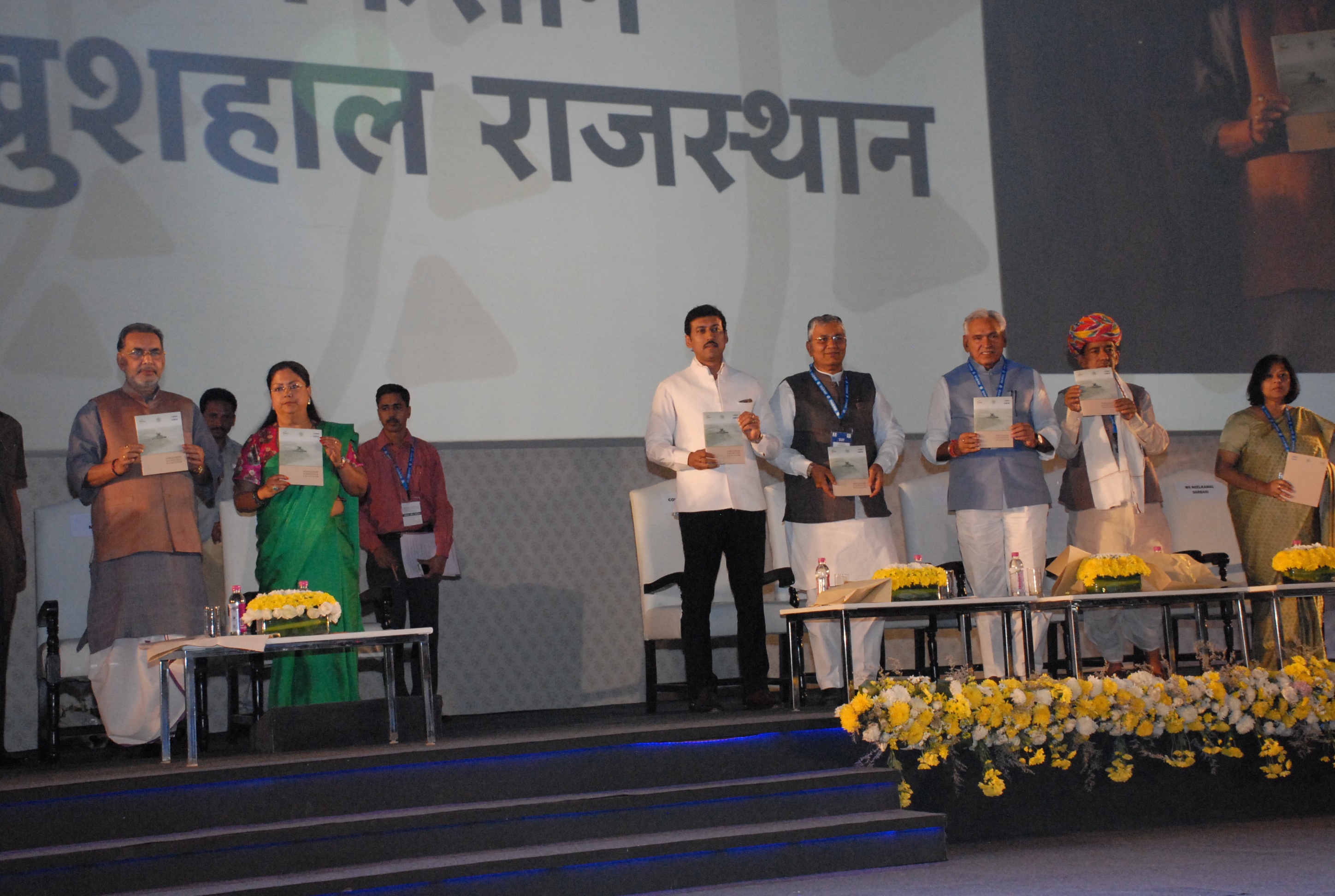 Agritech Meets to be held at Divisional Level also

Jaipur, 11 November: The 3-day Global Rajasthan Agritech Meet 2016 (GRAM 2016) ended today in euphoria as the farmers, academicians, researchers, policy makers and industry stakeholders lauded the event in terms of having achieved its prime objective of sharing knowledge with farmers.

At the Valedictory Session, the Chief Guest, Union Agriculture and Farmers Welfare Minister, Mr. Radha Mohan Singh said that GRAM will prove to be a milestone by way of connecting farmers with technology. He said that while other states were organizing investors’ meets – Rajasthan has taken the unique and the first-of-its-kind initiative in organizing this international level Agritech Meet.

The Union Government, said Mr. Singh, stood committed for the farmers and was doing its utmost to double their income, as per the Prime Ministers’ mission, and connecting the farmers with global technology. Talking about the initiative of Soil Health Management, he said as many as 23 Lakh Soil Health Cards have been issued in the State in the past two years.

The Union Minister was all praise for the State Government’s initiatives in innovative farming as well as water conservation. Whether it was in the arena of olives, date palm, animal husbandry, dairy, fisheries, the state has become a model for others to emulate. He said the manner in which the State was progressing in the agriculture and the allied sectors, very soon it would be comparable to Israel.

On the occasion, the Chief Minister of Rajasthan, Ms. Vasundhara Raje said that GRAM was indeed a historic festival and has in it the origins of an ‘Agriculture Revolution’. The event became a success by the active participation of agri-scientists, specialists, entrepreneurs and ambassadors of different countries.  She expressed happiness that the mega fair had seen participation of Israel, Iran, Tajikistan, Kazakhstan, Netherlands, Australia, UK, Japan, Nigeria, Serbia and World Bank.

The Chief Minister said that looking at the success of GRAM 2016 – such agritech meets will be organized at the divisional level in the State. She said looking at the geographical challenges of the topography of the state, it was imperative for the farmer in the state to adopt innovative methods of farming. GRAM has taught the farmer how to produce crops which will involve less of land, less of water and will also take less time.

The Union Minister of State, Ministry of Law and Justice; and Ministry of Electronics and Information Technology, Mr. PP Chaudhary said that through GRAM farmers will benefit from the technology which will lead to their economic development. He also said that use of plasticulture will save water and fertilizers and also increases production.

Union Minister of State for Consumer Affairs, Food and Public Distribution, Mr. CR Chaudhary suggested the farmers to focus more on ‘More crop per drop’ with less usage of land, time and water and increased productivity without compromising with quality.

Union Minister of State for Information and Broadcasting, Col. Rajyavardhan Singh Rathore said that in the present scenario it is important to connect the farmers to the advanced farming techniques so that the number of successful farmers increase. He urged the educational institutes to share the knowledge with the farmers using advanced mode of technologies including radio and mobile apps.

Earlier during the session, Rajasthan Chief Secretary, Mr. OP Meena in his welcome speech said that the main objective of GRAM 2016 was the development of farmers and create awareness among them about the modern farming techniques.

A knowledge paper on “Agrotourism Advantage Rajasthan”, prepared by FICCI and Yes Bank, was also released by Mr. Radha Mohan Singh during the valedictory session.

The Union Minister also gave away State level and district awards in agriculture and allied sectors.

The Vote of Thanks was proposed by Principal Secretary, Agriculture, Government of Rajasthan, Ms. Neelkamal Darbari.