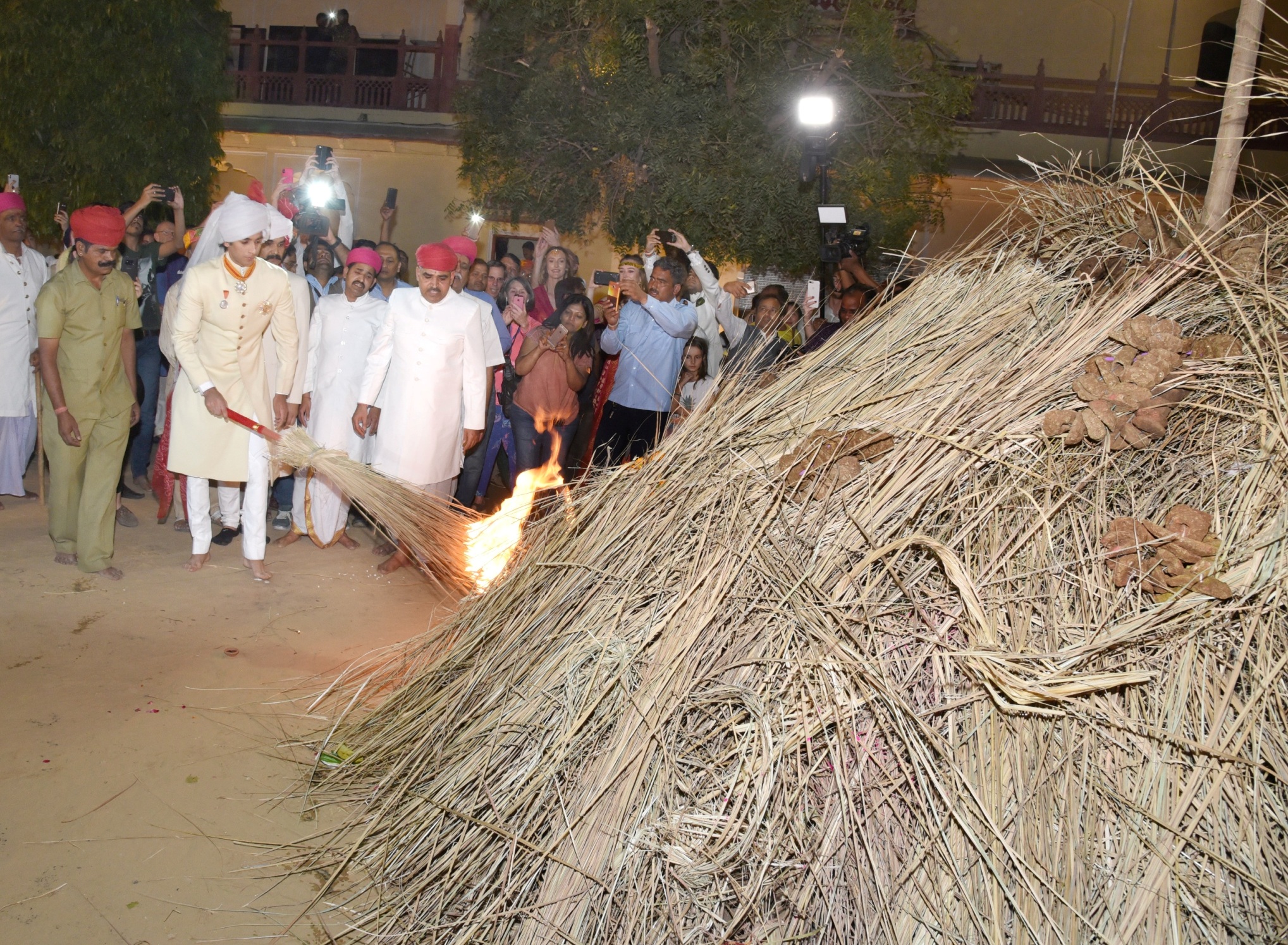 The traditional ‘Holi Deepan’ was celebrated with royal splendour at the City Palace of Jaipur on Thursday evening. Prior the ‘Holi Deepan’, the ‘pujan’ and ‘havan’ were performed by pandits from the City Palace. Apart from Rajmata Padmini Devi, Maharaja Sawai Padmanabh Singh and Sawaimadhopur MLA, Princess Diya Kumari were present on the occasion. A large number of visitors and tourists witnessed the festival. The local residents took holy fire of Holi for ‘Holy Deepan’ to their respective colonies. A dazzling Chang performance rendered by the artistes added colour to the Holi celebrations.

On Dhulandi ‘Royal Holi’ held at the City Palace

The festival of Holi was celebrated with verve and gaiety at the City Palace in Jaipur on ‘Dhulandi’ on Friday. A large number of foreign and Indian guests came to play the festival of colours with Maharaja Sawai Padmanabh Singh of Jaipur, Rajmata Padmini Devi and Princess Diya Kumari. Everyone had a whale of a time with traditional eats, folk-Holi music – not to forget the myriad colours, ‘pichkaris’, ‘gulal gotas’ and even floral Holi.