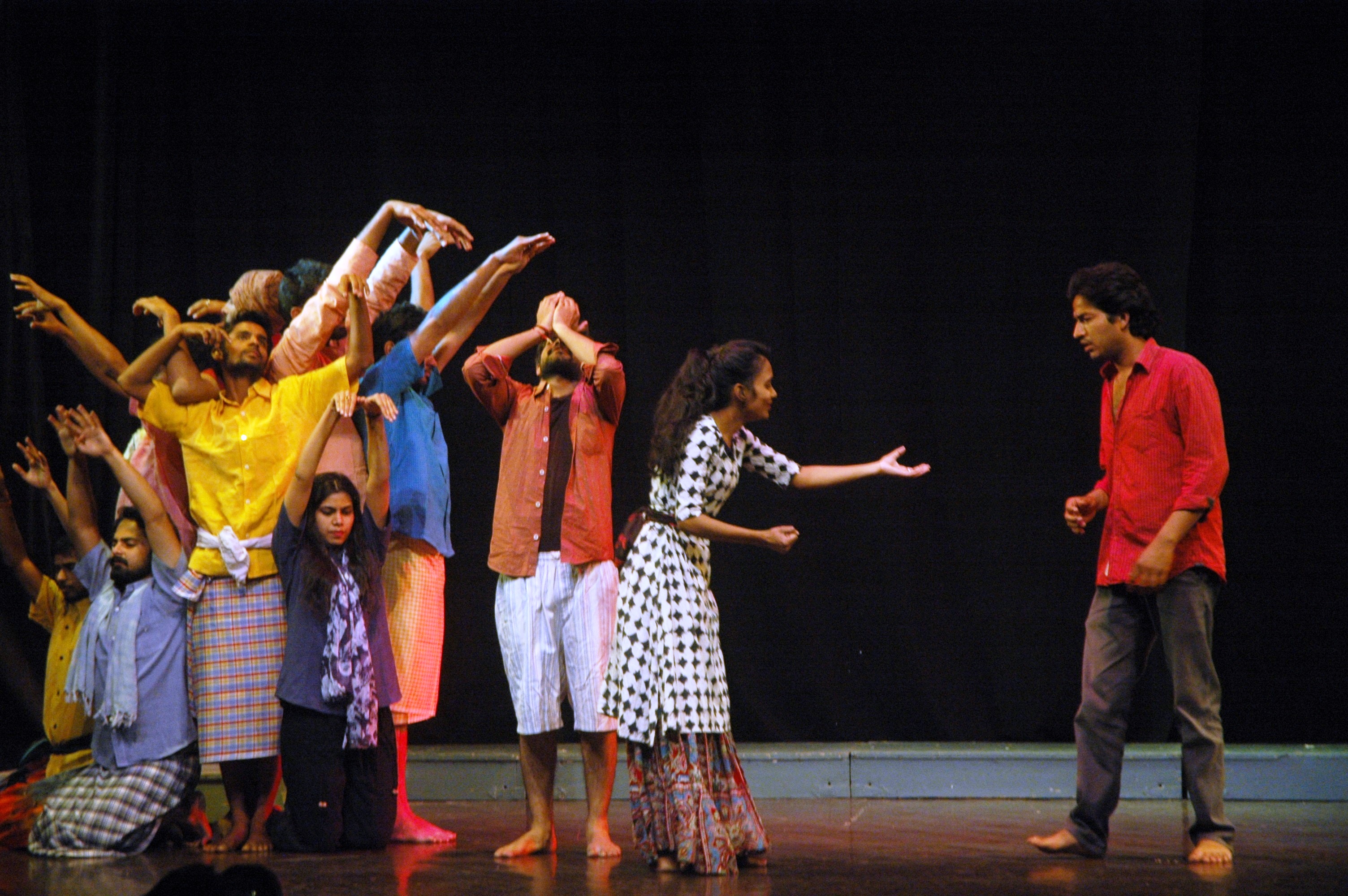 As a part of the weekend theatre programme at Jawahar Kala Kendra (JKK), a play ‘Hattamala Ke Us Paar’ was staged yesterday. The play is directed by Abhishek Goswami and has been written by Padma Shri awardee, Badal Sircar.

The story revolves around two thieves, Kenaram and Becharam, who barge into the Zamindar’s house to steal but are halted by the hounds. In order to escape the chasing villagers, the thieves jump into a river. This causes the villagers to believe that they have drowned. However,a little ways down the stream the two thieves reach a world where ‘money’ is non-existent and non-substance. The people in this worldwork as indicated by their abilities and collectively and even-handedly enjoy the production. Both the thieves have an intriguing yet absurd encounter with the people of this world.

‘Hattamala Ke Us Paar’  is not simply a play but it is a movement for the reformation led by workers, labourers, thieves, creative artists and by those who are somehow oppressed by the greedy power structures existing in the society.