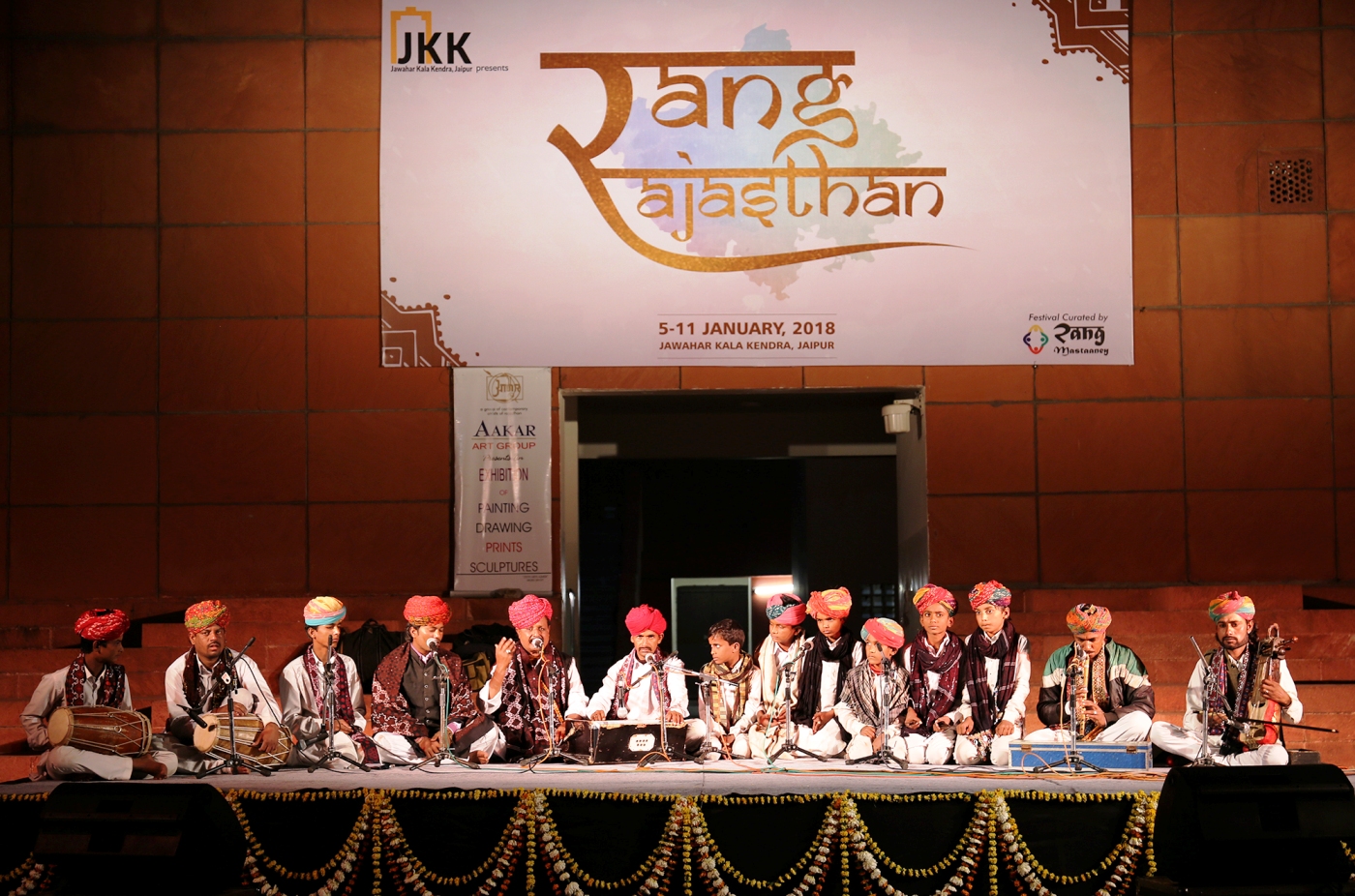 The play ‘Aadhi Raat Ke Baad’ by Swapnil Jain was staged at Krishnayan. It revolved around the issues of ‘yellow journalism’, ‘paid news’ and threatening conditions for honest journalists. The format of the play was an interesting conversation between a thief and a judge. The actors in the play were Ravindra Pareek, Gagan Sharma and Shubham Gupta.

The play Sajjan Maina by Preeti Dubey was also staged at Rangayan. The play was a Rajasthani adaptation of a Marathi comedy play written by DM Mirazdar. The story revolves around a husband-wife duo who are spendthrifts. They want to show off in society and take loans which they are not able to repay. They make a strategy of faking the death of one of the partners to take money from the government. However, in the end they get caught and realize their mistake. The actors in the play were Priti Dubey, Manish Gaur, Dr. Soniya Sharma, among others.

Renowned TV actor Smita Bansal shared her life journey of first becoming a TV actor and then moving towards theater. She said that while she loves both the mediums, the audience reaction and the teamwork one witnesses in theater is not there in TV. Bansal also shared that even after 20 years of experience as an actor, she still feels nervous before going on the stage for theater.

The day concluded with Langa Gayan by Bundu Khan Langa from Barmer followed by a Kathak based folk dance by Chetan Jabda and Group from Jaipur. Banwari Lal Jaat from Bassi also performed Kachi Ghodi on the occasion.

On 7 January there will be Morning Raag at 8 am by Debanjan Bhattacharjee. This will be followed by poetry and flute recital at Open Mic Jaipur at 1.30 pm. The plays which will be staged are Deega Dhora Mai by Shubham Pareek and Behmi Banyo at 3.30 pm and 5.30 pm respectively. At 4.30 pm there will be a talk show with renowned TV actor Anoop Soni. In the evening there will be fusion music and dance.