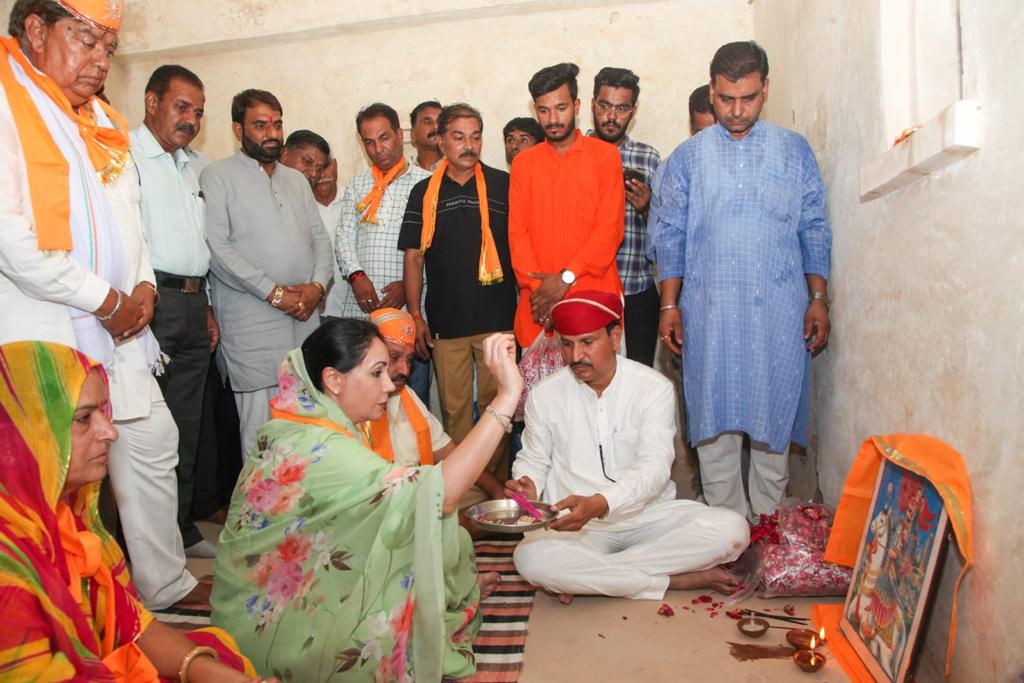 On the occasion of the 482nd birth anniversary of Maharana Pratap, MP Diya Kumari said that Maharana Pratap is considered a symbol of extraordinary willpower who was fearless and identified himself as an independent man. Such great men, who are always in favour of justice, give us the message to resist tyranny for self-respect by being fair.

MP Diya Kumari said: “The stories of Maharana Pratap’s bravery in every aspect of Haldighati, Kumbhalgarh, Diver, Rakht-Talai and Mewar infuse new energy in life. I also bow to Chetak’s devotion. We have to adopt the ideals of Maharana Pratap in our life. The coming generation will have to understand Pratap’s sacrifice and dedication along with our culture, which every section of the society views with respect. Today’s event will prove to be inspirational for the entire society.”