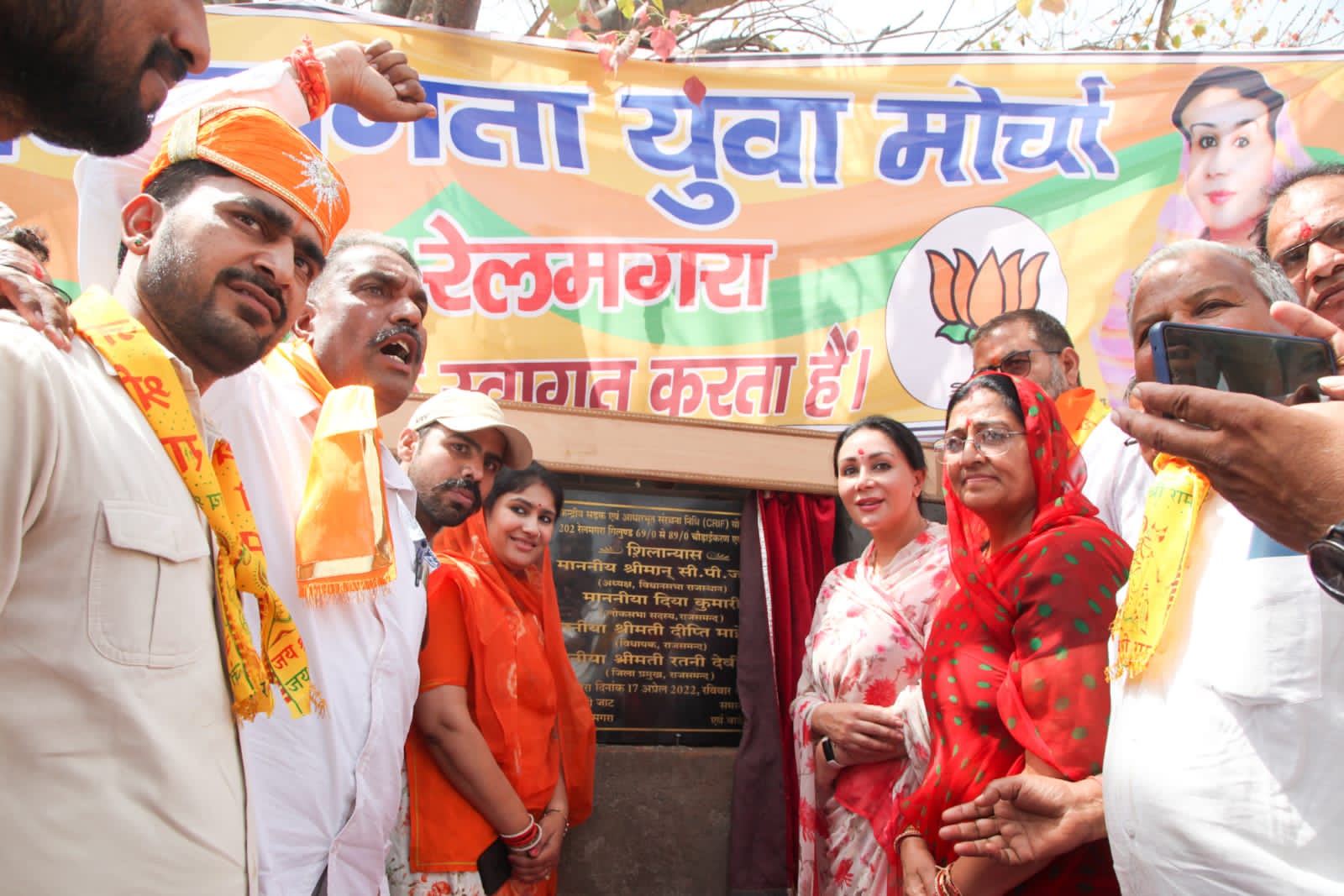 Rajsamand MP Diya Kumari, who reached Railmagra on the third day of her constituency visit, attended the foundation stone laying program of Railmagra-Gilund road, which has an approval of INR 18.60 crores in CRIF. On the occasion, she said that the security of the nation is the first priority of BJP. She strongly condemned the attack on Hanuman Jayanti Shobha Yatra in Delhi on Saturday as well as the recent incident of Karauli violence. The MP said that where there are opposition Governments, there is neither law and order nor security. Taking a dig at the opposition, the MP said that the Government of Rajasthan has proved to be a complete failure. There is neither law nor women’s safety.  She further added that the days of this Government are numbered and in 2023, BJP will form the Government with full majority.

Addressing the foundation stone laying ceremony, MP Diya Kumari said that in Railmagra, the central Government had sanctioned Rs 11 crore under the Jal Jeevan Mission scheme so that the common man can get potable drinking water. But the incompetent Government of the state is bent on taking false credit by claiming the developmental plans of the Center as its own.