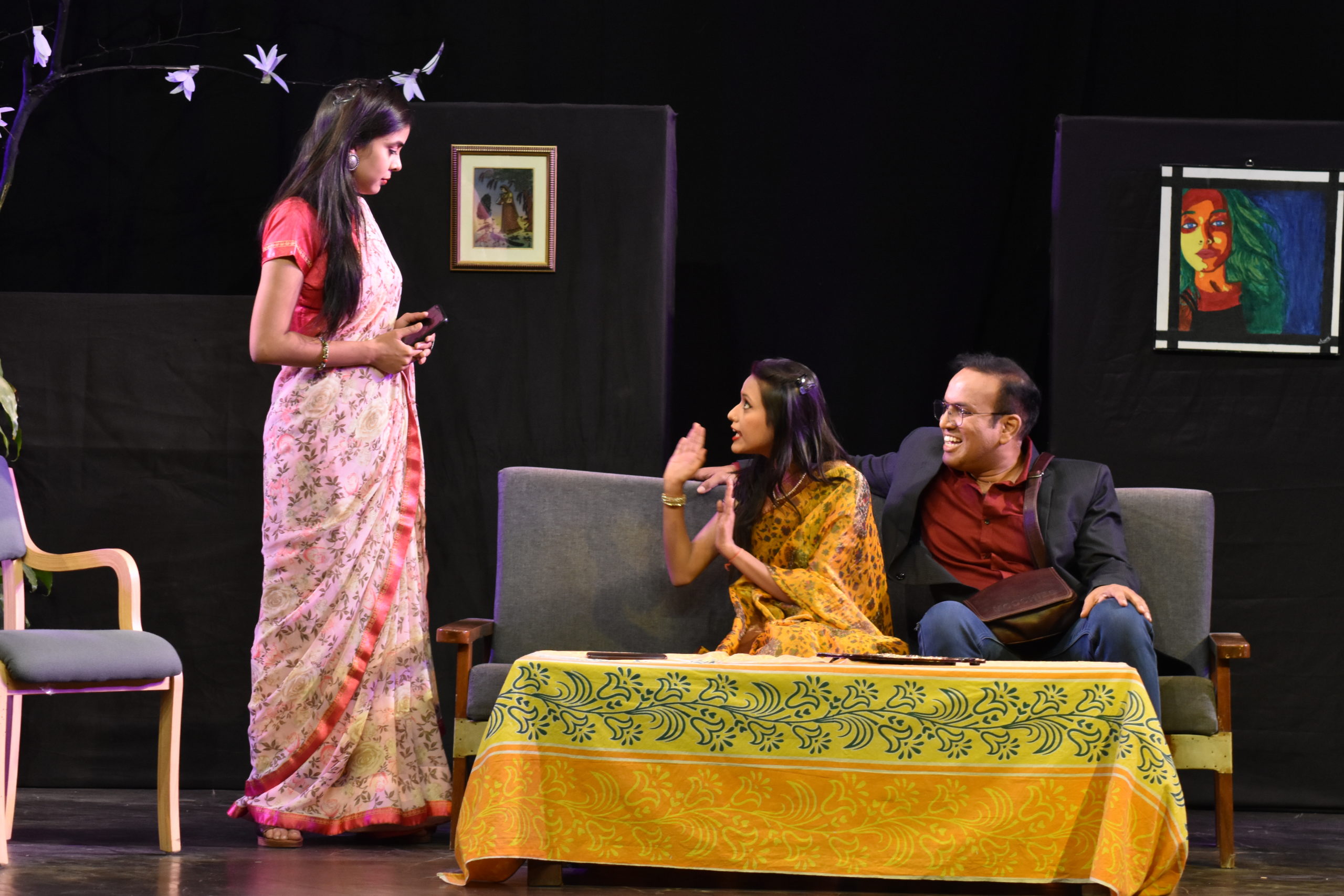 As part of ‘Azadi Ka Amrit Mahotsav’, Jawahar Kala Kendra (JKK) presented the play, ‘Udhar Ka Pati’ in Rangayan at JKK. The play was directed by Tapan Bhatt, written by Na. Dho. Tamhankar and translated by Vanmala Bhavalkar. The story of the play revolves around the heroine, Sheela who has to tell a hundred lies to hide one lie and she plays a lot of tricks to prove these lies.

The play followed the story of Sheela, the heroine, who told a lie. To prove this lie before her grandfather, she worked so hard that her husband and the rest of the family members’ lives were put in danger. The matter reached such an extent that the police had to be involved. The play showcases how Sheela and her husband managed to escape from this web of problems and how in the end she had to speak the truth.