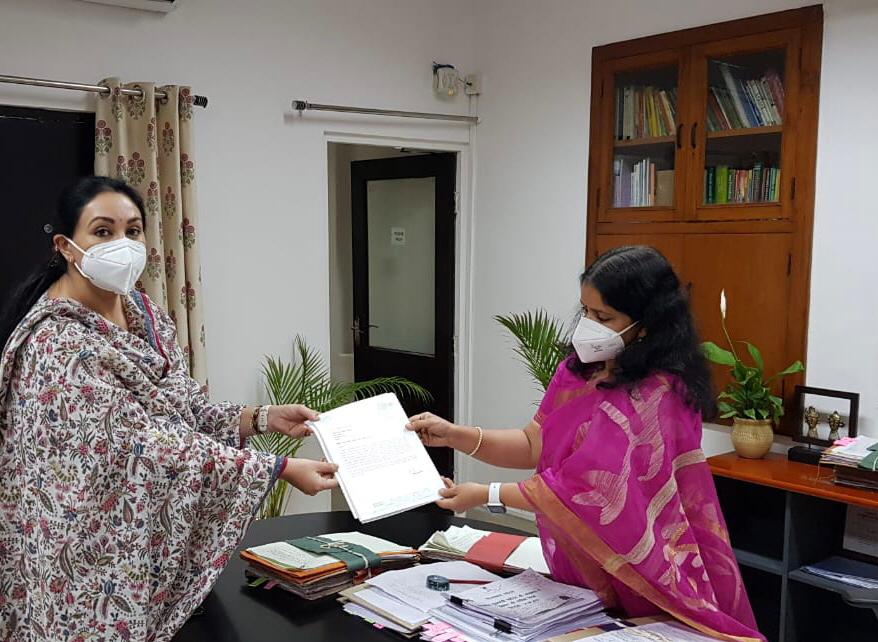 MP Diya Kumari met the Principal Secretary, Tourism, Ms. Gayatri Rathore at the Secretariat and discussed the development of tourism in the Rajsamand area. During the meeting, MP Diya Kumari said that the Rajsamand district is known for the ‘Karma Kshetra’ of Maharana Pratap which includes Haldighati, Rakt Talai, Dewair and Kumbhalgarh. Taking this into account, the proposal of the Pratap Circuit Scheme is extremely relevant.

During the discussion with the Principal Secretary, Tourism, the MP gathered information about the completed and remaining work for the Krishna Circuit along with preparing a proposal for the Pratap Circuit on the lines of the Krishna Circuit. There were positive discussions on many other subjects including the temple of Mirabai in the Heritage Circuit and development work in the Kumbhalgarh Fort. During the discussion, Ms. Rathore said that Maharana Pratap is a role model for us all and it will be a matter of joy for everyone to bring the proposal of the Pratap Circuit Scheme.