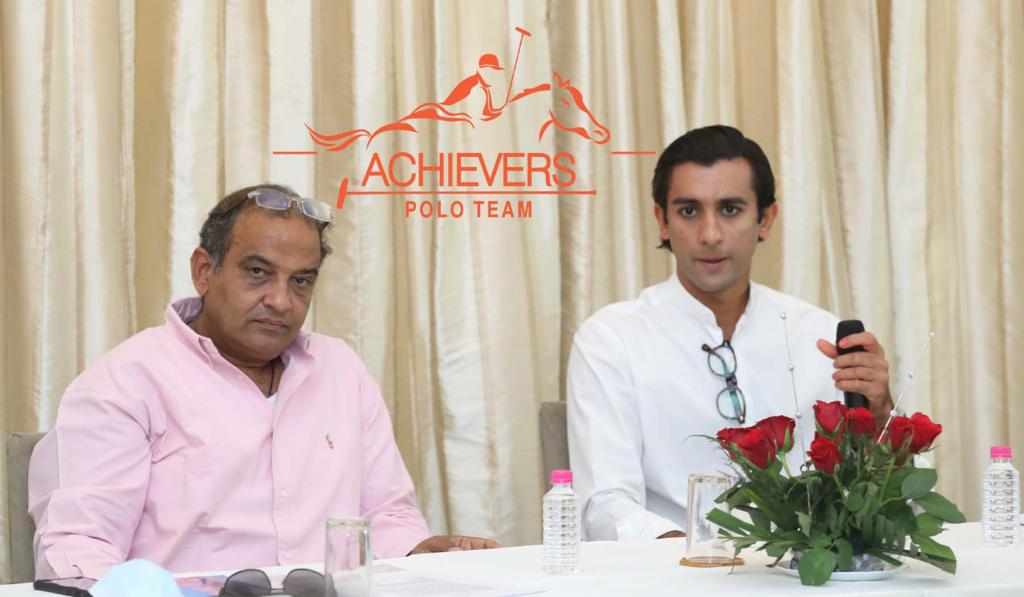 In Jaipur, one sees a rare connect between the game of polo and the people which cannot be seen anywhere else in the world. People from neighbouring villages like Chomu, Mundota and Samode, chatwallahs and chaiwallahs as well as their children gather together enthusiastically to watch a game of polo in Jaipur. For some of them, this love for the sport of polo has been handed down by their ancestors who were also passionately associated with polo. This was stated by HH Maharaja Sawai Padmanabh Singh of Jaipur at a Press Conference organized by the Jaipur-based Achievers Polo Team which has created history this season by winning 19 out of the 28 tournaments played so far as a part of Indian Polo Association Polo Calendar 2020-21.

Maharaja Padmanabh, who was the captain of the team, further said that there is still a lot of work that needs to be done for the betterment of the game. Polo is a competitive sport that requires a lot of logistics. There is a need for quality promoters for teams and supporters like Mr. Vikram Rathore to ensure maximum participation in the game as well as to handle the logistics in a way that it is well organized and managed. This will enable the players to focus solely on playing the game well.

Earlier the promoter of team, Mr. Vikram Rathore said that no other team in Indian Polo History has had this success rate for two years running. The team won the INDIAN OPEN NATIONAL CHAMPIONSHIP played this season and had the distinct privilege of winning most of the leading tournaments at Delhi, Jaipur and Jodhpur. The team this year became the only team in Indian Polo History to Win the Indian Open consecutively for three years.

Mr. Rathore further informed that the only other team that comes close in terms of performance and results to this team is the famous “Jaipur Tigers” led by His Late Highness Maharaja Sawai Man Singh of Jaipur in 1932-33 polo season where the team won most of the leading Polo Tournaments.

It is to be recalled that the ACHIEVERS  Polo Team is Co-owned & Promoted by Ms. Parul Rai from Delhi and Mr. Vikram Rathore from Jaipur. They have been fielding teams in all tournaments at Delhi, Jaipur,Jodhpur and Mumbai for the last eight years.  In their endeavours to promote and popularise polo they have given opportunities, exposure and help with better quality imported horses and polo infrastructure to some of the future stars of Indian Polo including HH Maharaja Sawai Padmanabh Singh of Jaipur, Kuldeep Singh Rathore,  Siddhant Sharma, Hurr Ali, VanditGolecha, Vishwarupe Bajaj, among others .

The team based at Mundota Palace Polo Grounds, Jaipur has its own polo grounds, practice arena, schooling arenas, 80 stables and over two dozen imported polo ponies from Argentina & England besides other training facilities.