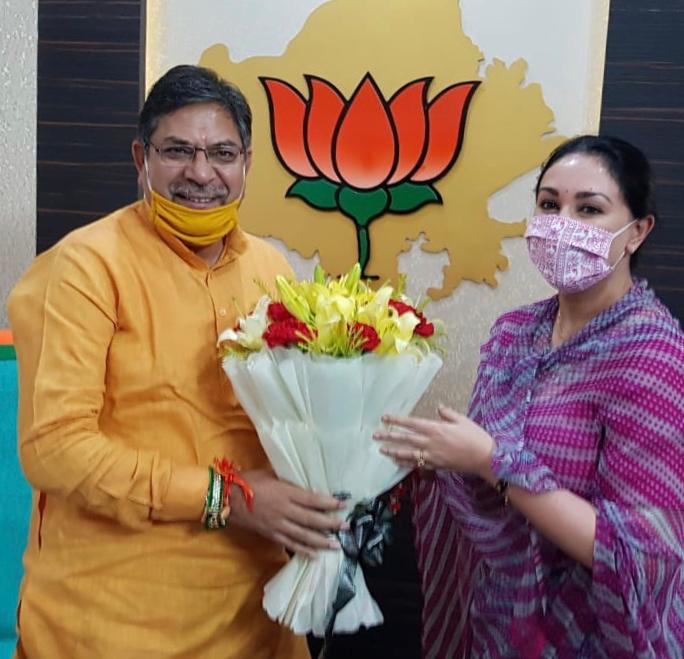 Speaking on the occasion, MP and State General Secretary, Diya Kumari said that: “Bharatiya Janata Party is like a family and every worker is the backbone of this family. I am happy that I have got an opportunity to fulfill my responsibilities in the largest organization in the world. Every worker, no matter the role, is important for the party. We will act as a team and establish new dimensions of success.” Later, Diya Kumari discussed the organizational issues in detail with the State President and the General Secretary- Organisation.

While meeting the workers who came from all over the State along with the parliamentary constituency, MP Diya Kumari said that “I am overwhelmed by the workers’ immense affection and respect and will do my utmost to meet their expectations.”