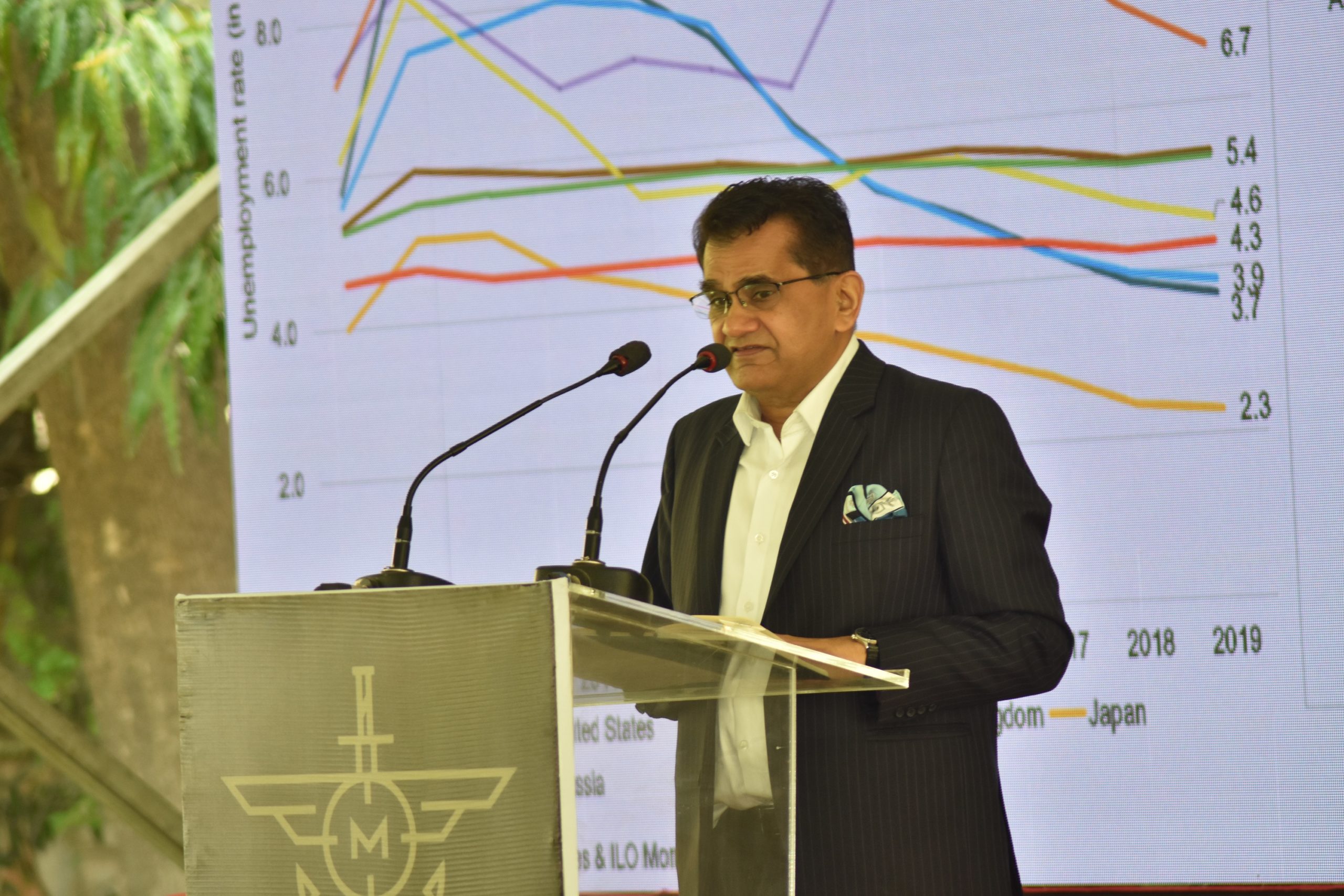 India’s hard and soft power is truly represented by its sustained economic growth.This is the key to India’s future. Economies of both east and southeast Asia have transformed themselves within one generation. India has witnessed a substantial transformation over 30 years since 1991 with an average growth of 6.5% per annum. Going ahead, investment levels and sustained economic growth is critical for security reasons. What the country has done as a fallout of the Covid pandemic is ushering in radical reforms across a range of sectors. The private sector needs to be brought in at the heart of India’s economic growth. Pushing India towards a high growth trajectory is a key challenge. Global Economic Growth is expected to rebound about 5.5% after (-)3.5% in 2020 which has been the worst since post-World War. This was stated by CEO, Niti Ayog, Shri Amitabh Kant. He was delivering the keynote address at the inaugural of ‘Militaria@Jaipur 2021’at Hotel Narain Niwas Palace today. Defence expert, former Indian Army officer, and Founder –Militaria, Shri Maroof Raza welcomed the eminent speakers during the event.

Shri Kant further said that Covid-19 will likely reverse the trend of poverty alleviation. Global debt is at unprecedented levels. Global debt which was about 300% is now at about 370%. Global trade decline is estimated 7% decline in 2020. China is the only major economy in the world to see positive GDP growth in 2020. Its share in global GDP will rise even further. In the last two decades, China has gained tremendous market power in many key sectors like steel, aluminium and pharmaceuticals. India has had the sharpest recovery among major economies from Covid. Size and scale need to be brought to manufacturing for India to penetrate global markets. ‘Atmanirbhar Bharat’ is not about protectionism it is about penetrating global markets. There is a need to understand that sunrise sectors will lead India’s growth in the coming decades and it is important we start now.

Earlier, Ex-Home Secretary, Government of India, Shri R. Mehrishi said: “Most conferences and TV channel discussions when they talk about India’s internal and external security fail to talk about the need for India’s economic growth and examining how strong the country’s economy is. In the face of the recent China confrontation, we used three elements—armed forces, trade measures and diplomacy to face the challenge posed to us. All these elements require the backing of a strong economy. In these days of technology, one has to be better and smarter equipped and the technological competency will depend on the budget one has. India spends a little over 2% on its defence that translates into Rs. 5 Lakh crores. Whereas, China spends 1.3% of its GDP which translates into Rs. 15 Lakh crores. At a time when the enemy is often not seen the only way to really compete with a country like China would be to have as much or more equipment than they have.”