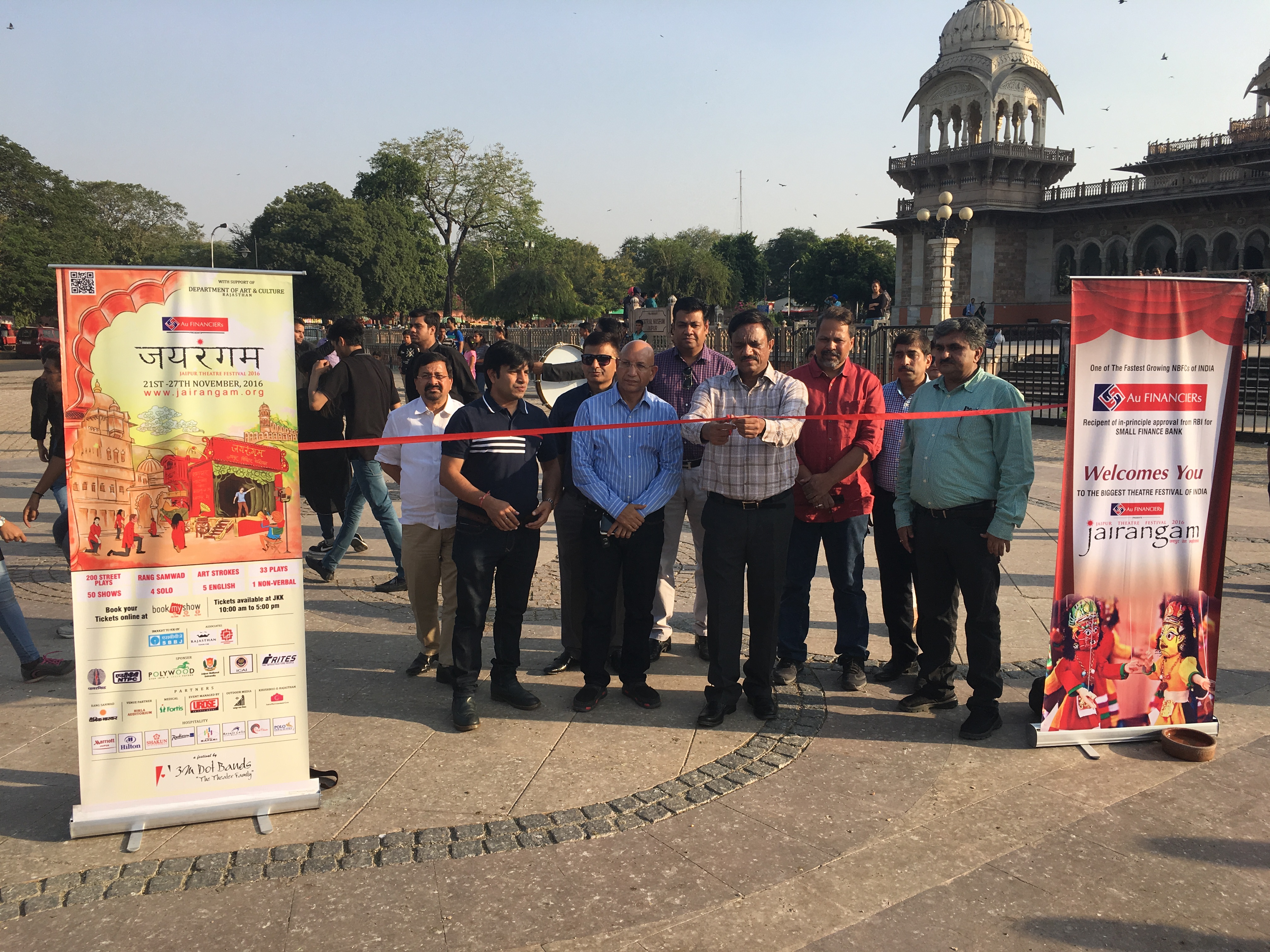 Jaipur, 13 November: Ahead of the annual theater festival of Pink City, ‘Au-Jairangam’, its street play series was inaugurated today at Albert Hall. As a part of this series, as many as 200 street plays will be staged till 28 November at different locations of the Pink City.

Au Jairangam has taken an initiative to create awareness about Eve teasing and other evils of the society. Eve teasing is a huge issue in many metropolitan cities of India. Every woman has either faced it or facing it in public transportation, shopping malls and multiplexes, among others, said President, 3 M Dot Bands, Mr. Narendra Gour.