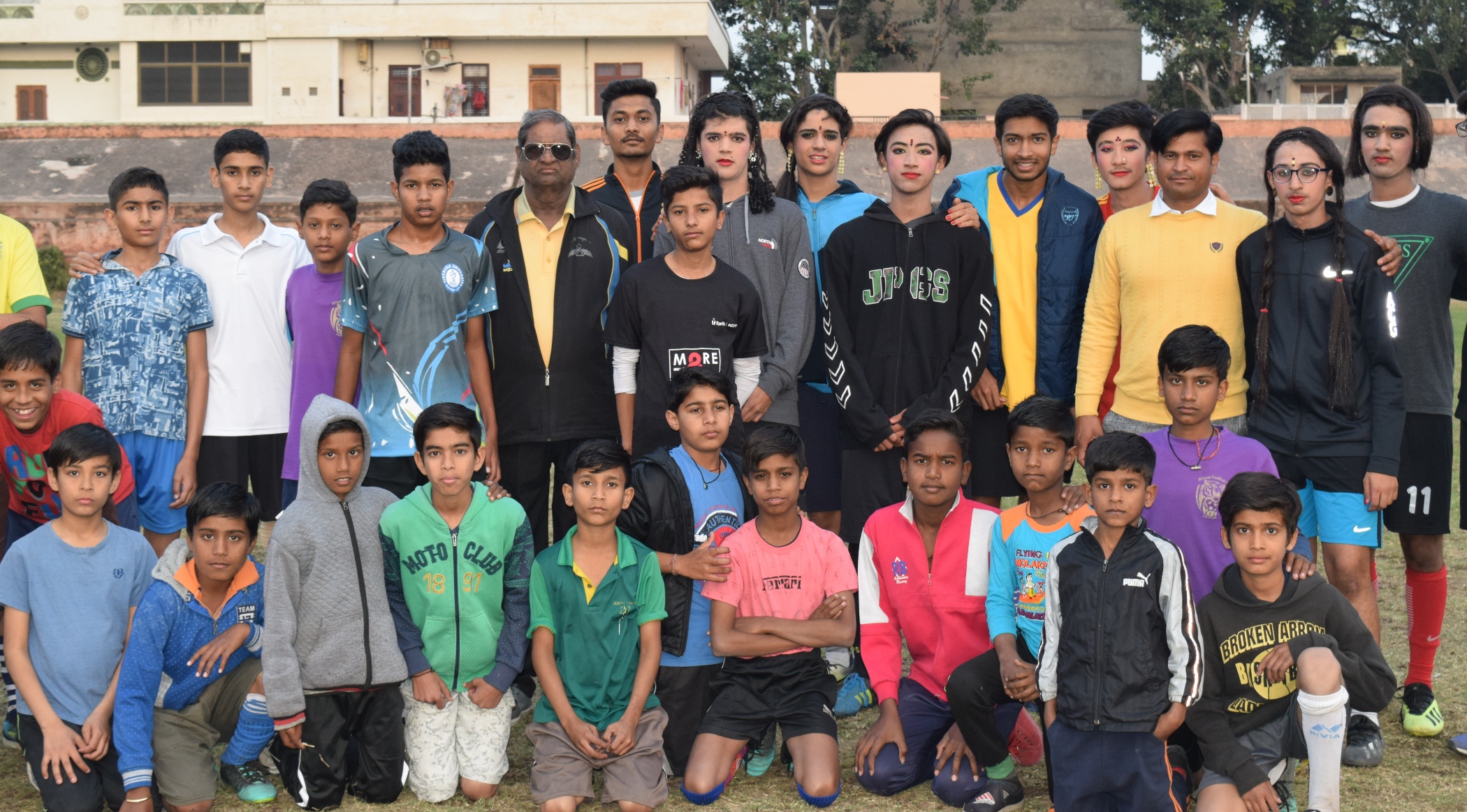 Perturbed by the fact that the transgenders were not getting enough opportunities for sports, 6 senior students of Jayshree Periwal International School (JPIS) took on the onus to sensitise the public about the inclusivity of transgenders in sports.

Dressed up as Trans females, the students (Kush Pandey – Head Boy of the School, Arjun Pandey, Ford, Arjun Loomba, Vardhaan Khetarpal, and Rijul Stapith) went to Chaugan Stadium to first-hand experience how transgender community is treated by the general public. According to them, this experience would make them more empathetic towards the transgenders. They also hoped that the public would understand them better.

Upon arriving at the stadium, they were looked down upon by the crowd present. It was not before long that people started mocking them and questioning their ability to play any sport. Some members of the crowd also teased them physically. All the players in the stadium were unwilling to play with them, thinking that the match will be a cakewalk for them. However, upon provocation, a team agreed and was badly defeated by the students from JPIS. All of this was caught on a camera that was secretly placed by the students in a nearby building.

Says 18 year old Kush Pandey: “The idea germinated after I read an article about the first men’s transgender team in Brazil. It made me question the current inclusivity of transgenders in sports”. Pandey is also closely working with scouting of football talent through his own application ScoutMe, which has been adopted by the All India Football Federation.

His co-founder Arjun, informed that they have already added an option for non-binary registrations on ScoutMe but the real challenge lies in integrating transgenders into sports.