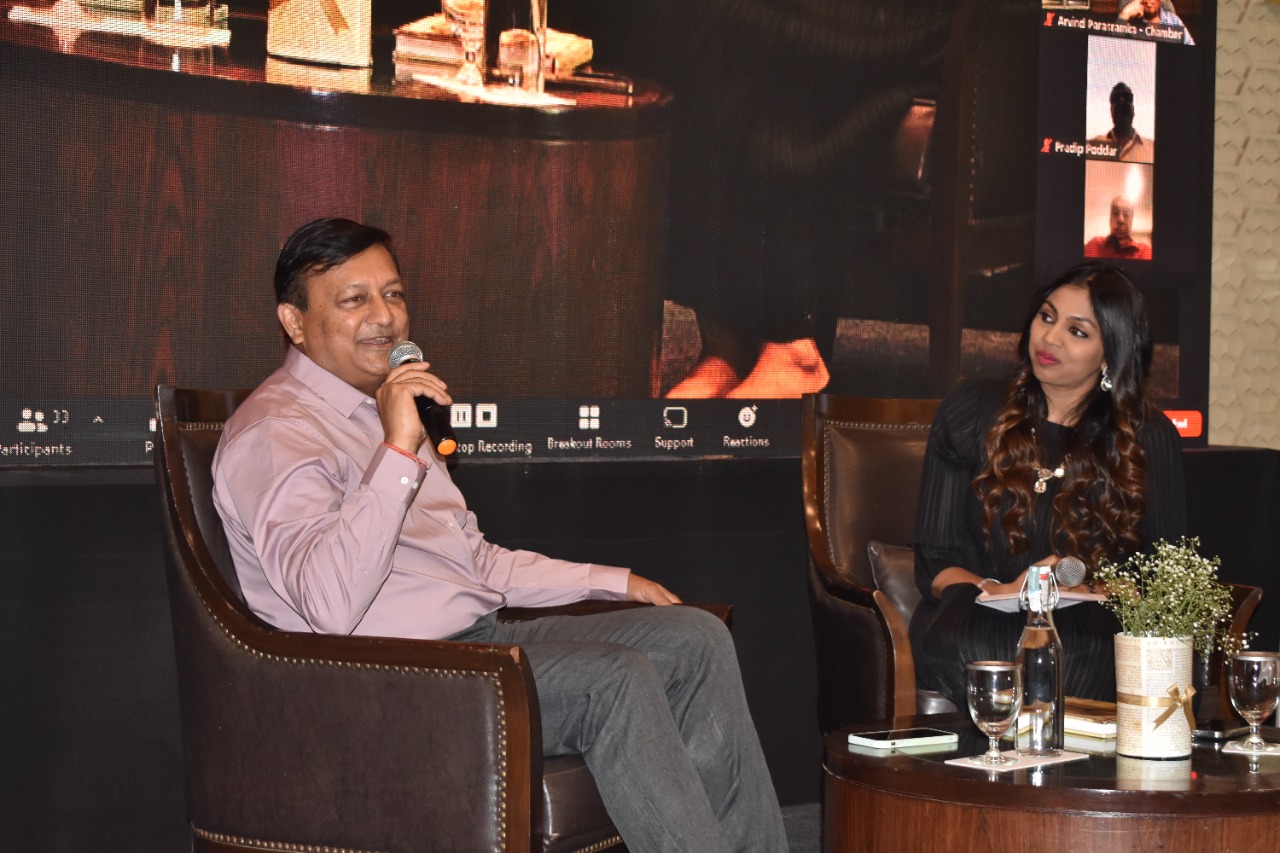 It was our good fortune that whenever Gandhiji visited Bombay he would do his morning prayer at the Rungta House where he would be addressing the public at large. My father told me that it was Gandhiji’s system that anyone who wanted his autograph would have to pay Re. 1 which would go to the Congress kitty. One man had pleaded to get Gandhiji’s autograph not being able to pay the money. However, Gandhiji strongly denied him. My father imbibed these rare qualities of Gandhiji being righteous and courageous, which he carried forth later in his life. This was stated by Mukund Rungta, son of Mr Kishan Rungta who addressed the audience on the occasion of the book launch of ‘Dastavez of Rungtas’. He was in conversation with Aakriti Periwal at ITC Rajputana.

It is to be noted that ‘Dastavez of Rungtas’ is a record of the historical legacy of the Rungta family hailing from Baggar in the Shekhawati region of Rajasthan. It also focuses on the author, Kishan Rungta who was a Ranji Trophy player and the Chairman of the BCCI Selection Committee’s impressions of past events that occurred in the family.

Talking about Kishan Rungta’s personality, he said that my father was always a man who did not believe in being in the limelight but in doing the work. He knew everything about cricket but never wanted to take any stature in the sport. However, he toiled endlessly. He was a man of the future. He always spoke to young people, took their ideas and learned about the new world. That was the main reason he felt it was his responsibility to pen down the factors and people who were vital in making the Rungta family what it is today into this book.

Talking about the setting up of Man Industries Corporation (MIC), Mr Rungta said that this company was set up in 1945. At that time there was just one rolling mill from which my father made a steelmaking plant, forging plant, transmission line tower, fabrication unit, etc. When he came from Bombay, he stayed in a factory bungalow with my mother which had serious safety issues. However, they endured all hardships, roadblocks and challenges with a smile on their face.

Talking about empowering the women in Rungta’s life, he further said that my mother came from a very conservative family. She started engaging in different activities like reading English newspapers, carpet making, and knitting sweaters for war victims. My father always supported her and encouraged her to pursue her aspirations. This carried on to the next generation of women in the family and at work. That is the kind of person he was who strongly believed that women should be equal to men.