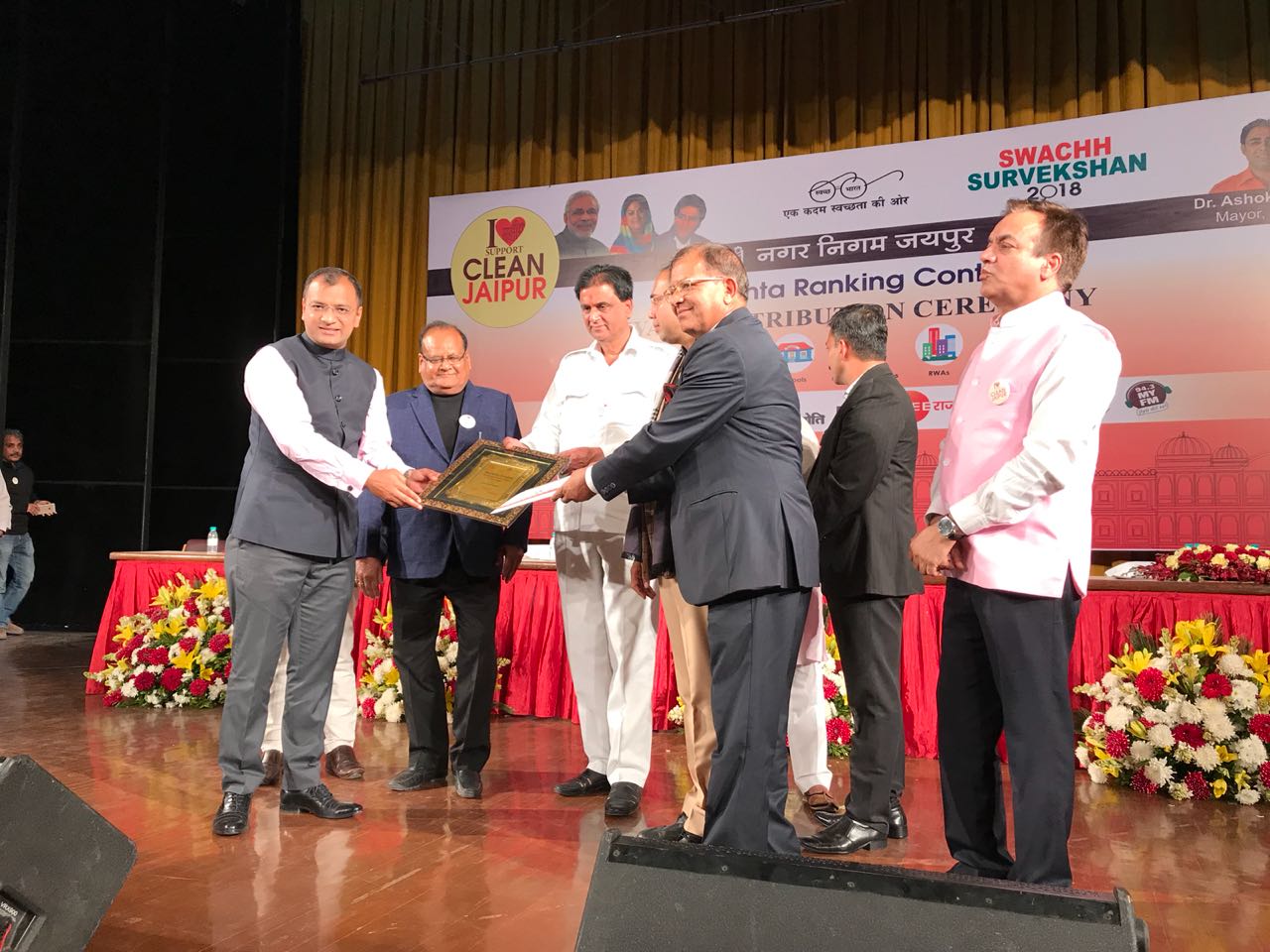 The Jaipur-based renowned hotel the Rambagh Palace has added another feather to its cap when it bagged the award for being the Cleanest Hotel in Star Category. The awards were given away by Nagar Nigam (Municipal Corporation) in Jaipur after having invited applications for cleanliness audit. As many as 114 hotels had applied for the audit in 2 different categories — star and non-star.

The award was received on behalf of the hotel by Area Director Jaipur and General Manager, Rambagh Palace Mr. Manish Gupta from the Rajasthan Minister of Urban Development and Housing, Mr. Shrichand Kriplani; Rajasthan Medical and Health Minister, Mr. Kalicharan Saraf as well as the Mayor of Jaipur, Mr. Ashok Lahoty.  The winning hotels will get 10% rebate on the annual Urban Development Tax.

Mr. Manish Gupta said that the Rambagh Palace has always been fastidious about cleanliness and this award stands testament to our commitment towards it.