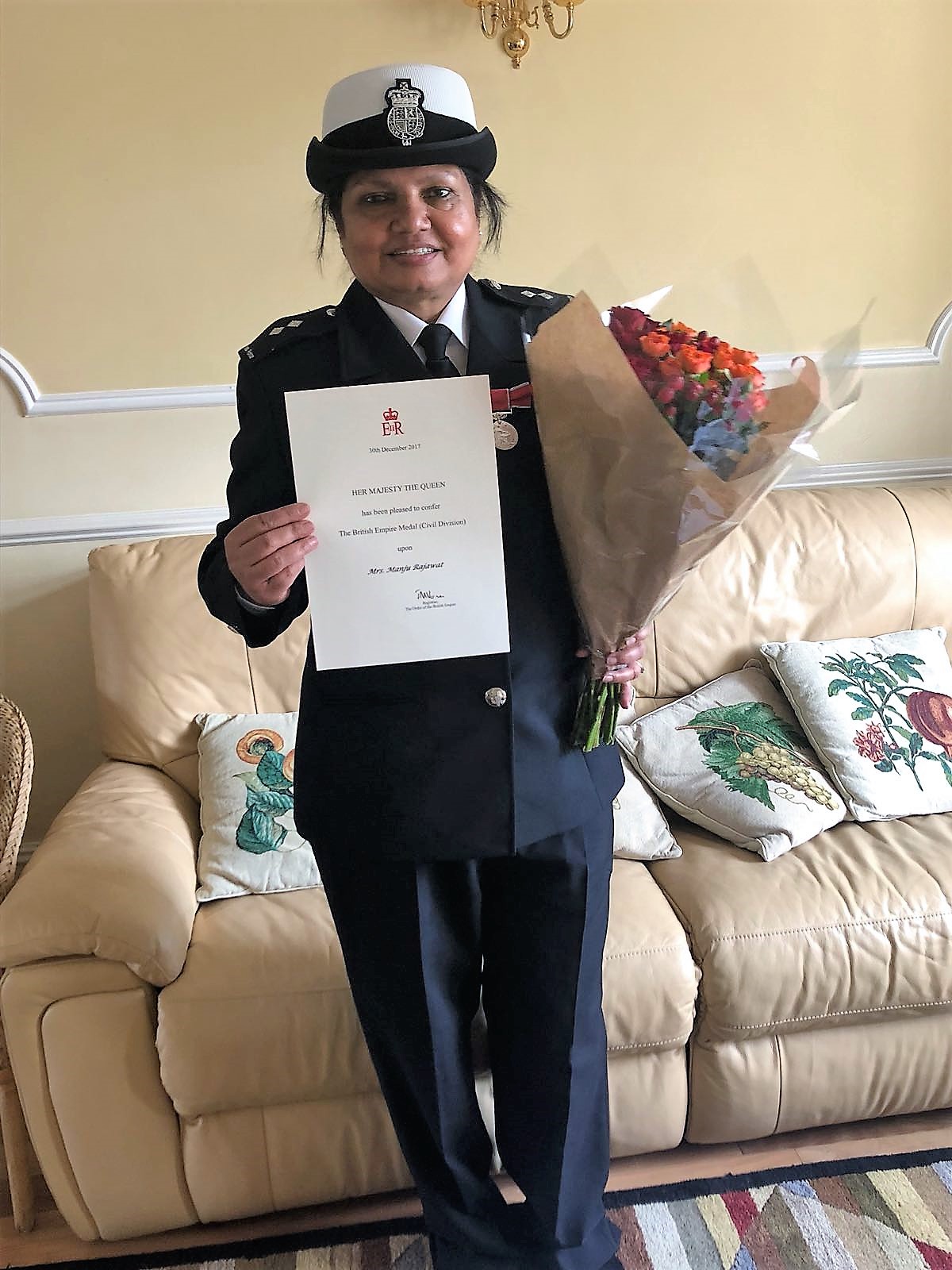 Hailing from Bikaner in Rajasthan, Ms. Manju Rajawat received the ‘British Empire Medal for Meritorious Services in the UK Border Security’ on Wednesday. The Investiture Ceremony was held at Judges Lodgings in Buckinghamshire County Council. She was awarded the medal for her outstanding service to UK Border Services.

Ms. Rajawat was born in Bikaner and studied at Bikaner at Shree Dungar College. After her marriage to Mr. Bhupendra Singh Rajawat, she moved to London. In London, she began working for British Customs and later joined the UK Border Security Services. Presently, the UK Border Force has requested her to continue providing services at her convenience post-retirement.

It is worth noting that, Ms. Rajawat represents the 4th generation in uniform in her family since 1902. The family is known for their long-standing servitude to the security forces. Her great-grandfather, grandfather, father and younger brother are all known for their meritorious services to the nation. She is the maternal aunt of the Olympian Shooter, Ms. Apurvi Chandela.