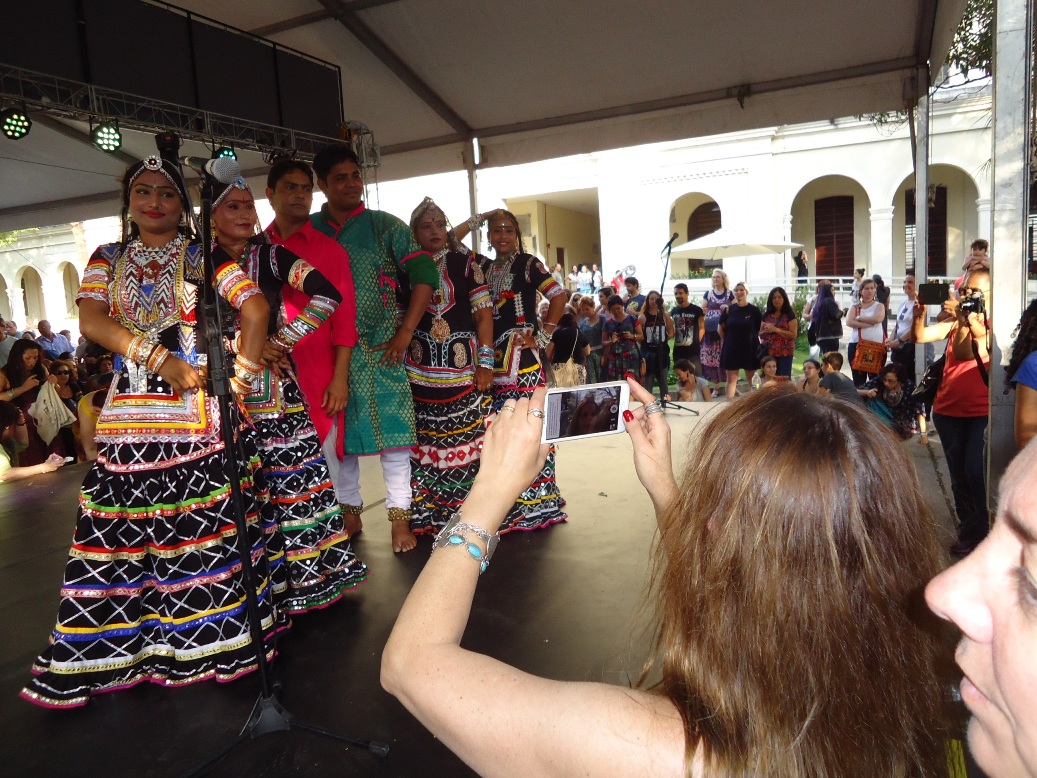 Jaipur, 13 April: Brazil witnessed the flavour of Rajasthan’s rich culture in an evening shows filled with traditional folk dances on 10 April. The audience was mesmerized by the enthralling performances of Kalbelia, Chari, Ghoomar, Bhawai and other folk dances at Brooklin in Brazil.

Furthermore, apart from the cultural performances the exquisite handicrafts of the State were also showcased at the venue. The visitors were hugely impressed by the miniature paintings, lac work, fine Kota Doria sarees, traditional leather shoes and block printing on textiles. Rajasthan’s gastronomic delicacies like Papad Ki Sabji, Aloo Mangori Ki Sabji, Besan Gatta, Choorma, Kesaria Kheer and Lapsi specially prepared by chef from the State became a huge hit. Promotional films were shown to the guests and publicity literature was given away to the visitors.

This visit was a part of the initiative of the Union Ministry of External Affairs to promote cultural exchanges between Brazil and Rajasthan. A 13 member group of the State comprising of 5 craftsmen, 6 folk artistes, one chef and a coordinating officer from Rajasthan Tourism went on a 5-day (8 to 12 April) visit to Sao Paulo and Brasilia. The show was organized in association with the Consulate General Office of India in Sao Paulo.