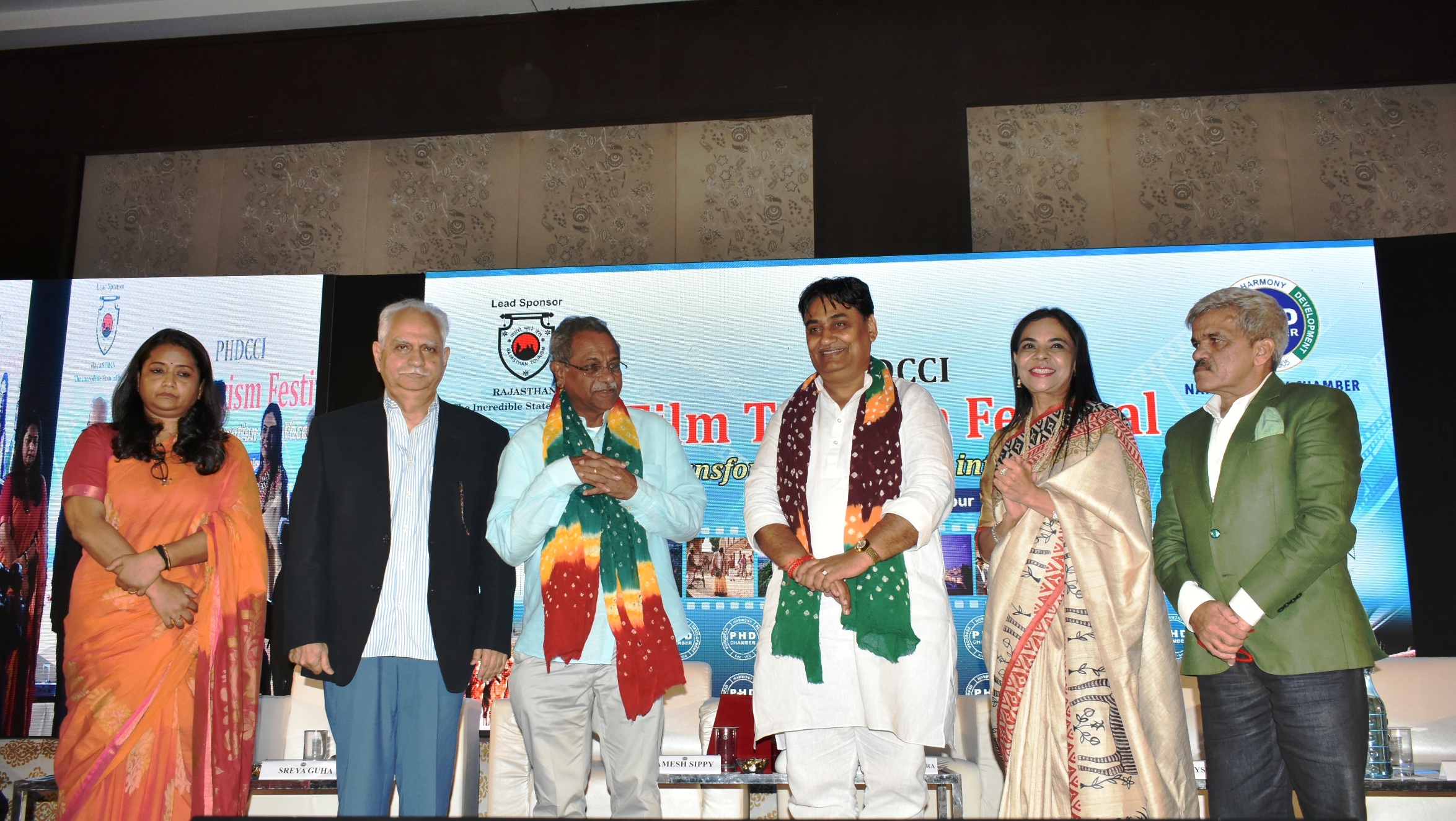 “RAJASTHAN TO ANNOUNCE  AN ATTRACTIVE PACKAGE FOR FILM SHOOTING SOON”

The Government of Rajasthan will shortly be announcing an attractive package to woo filmmakers in Rajasthan for making their films. This package will be a part of the new Tourism Policy of the State Government which is on the anvil. This was announced by Minister of State for Tourism, Shri Govind Singh Dotasra. He was speaking as the Chief Guest at the PHDCCI Film Tourism Festival at Hotel Clarks Amer. The festival was organised in collaboration with the Department of Tourism, Government of Rajasthan.

The Minister stated that while the processing charges have almost been waived off; new incentive package will also be announced in the new policy. The process of taking permissions for film shooting will be further simplified. If the major part of the film will be shot in the State, then the State Government will also consider giving a subsidy. The Minister also announced that the policy will also include setting up of a film city, which has been long pending in Rajasthan. He said there is no better place than Rajasthan in the country for shooting films and has the best of locations.

Earlier in the inaugural session, the Principal Secretary Tourism, Ms. Sreya Guha said that films are a great medium to showcase the State in terms of its tourism products, culture and natural heritage. Film shooting not only generates revenue but also creates employment specially in rural areas. The lesser-known as well as unknown destinations also get tapped and get appropriate publicity. Ms. Guha pointed out that 200 destinations had been identified in the State which need last mile connectivity. Funds are also being garnered for conservation of natural and built heritage.

In his keynote address, the well-known film director, Mr. Ramesh Sippy said that Rajasthan is a self-promoted destination owing to the fact that it has such rich culture and heritage. He emphasised upon the fact that all the small suggestions made and inputs given, if implemented, could make Rajasthan a highly sought after film destination.

In his Theme Address, General Secretary, Indian Heritage Hotels Association (IHHA), Mr. Randhir Vikram Singh said that within a radius of 50-75 kilometers, one can find a heritage hotel in Rajasthan. This is a huge facility for filmmakers. Furthermore, the locations are such that one is spoilt for a choice.

Chairperson, PHDCCI-Rajasthan, Ms. Jayshree Periwal said that film is a powerful tool to shape perceptions and create new ones. They reach remote areas and wider markets, as compared to traditional forms of outreach. Therefore, film tourism is an important ingredient which must be included in the marketing strategy of every tourism department.

Co-chairman, Tourism Committee, PHDCCI, Mr. Rajan Sehgal said that films are an important means to promote any country. The Indian film industry is one of the largest and strongest in the world. Rajasthan is a popular film shooting location because of its abundant heritage, majestic palaces, colourful customs, the people and invigorating festivals.

The Master of Ceremony on the occasion was Principal Director, PHDCCI, Mr. Yogesh Srivastav. The panel discussions held were on the topics of – ‘Content: Script to Screen’, ‘Deep Focus: Making Rajasthan a Cinema Hub’, ‘Film Locations in Rajasthan’ and ‘One-on-One Government/Industry’.