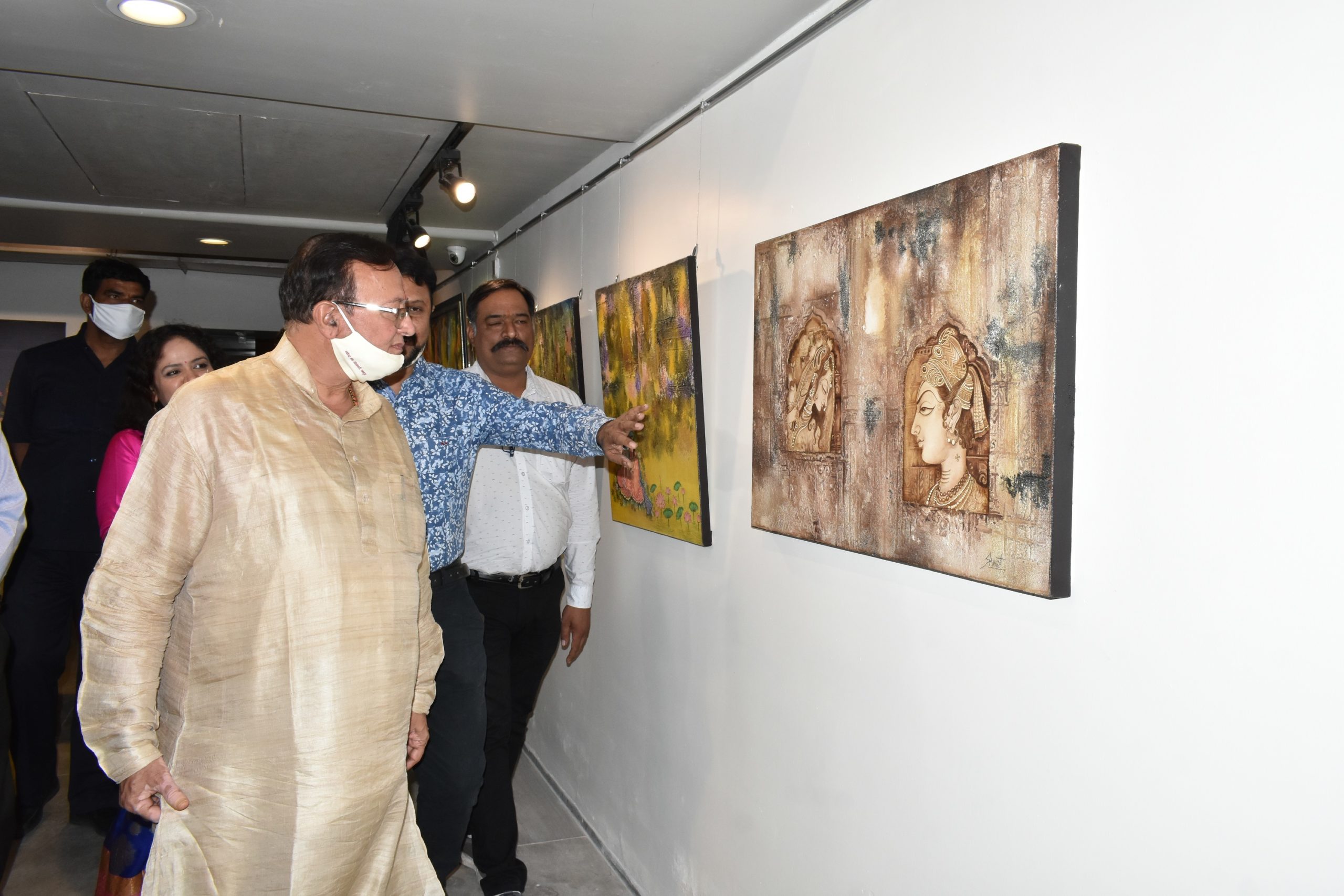 ‘Ravindra Kala Utsav 2021’was inaugurated by Minister of Art & Culture, Government of Rajasthan, Dr. B.D. Kalla at Ravindra Manch. The programme is being organised by the Ravindra Manch Society in collaboration with the Department of Art & Culture, Government of Rajasthan and Rajasthan Lalit Kala Akademi. The programme will be on till Monday, 22 March with new performances each day.

On the occasion Dr. B.D. Kalla said that the art galleries of Ravindra Manch are efficiently equipped to showcase the talent of both artists of Rajasthan and outside. Artistes can also benefit from presenting their work at the ‘Kala Dirgha’ of Ravindra Manch. Very soon all programmes related to art, culture and literature will be started once again in Jaipur.

Earlier, after the inaugural, the Minister observed the artwork of the exhibition curated by Mr. Vinay Sharma. Also, the students of the Jaipur Kathak Kendra performed ‘Ganesh Vandana’. This was informed by Manager, Ravindra Manch, Ms. Shipra Sharma.

In the evening, Hindi play, ‘Agnipath’ based on the life and struggle of Netaji Subhash Chandra Bose was staged in the main auditorium. It was directed by Dr. Chandradeep Hada and performed by Actors Theatre, Rajasthan Association. The play underlined the great contribution of Netaji Subhash Chandra Bose in the Indian freedom struggle. It also exposed many untouched aspects of Netaji’s life and struggle. He continued to dream of a happy, prosperous and independent India throughout his life. The play began with Subhash jumping into the freedom movement by turning down the Indian Civil Service’s highest administrative position. With the blessings of Mahatma Gandhi and under the guidance of Deshbandhu Chittaranjan Das, he moved forward on the path of revolution and dedicated his all to the motherland. He suffered through barbaric attacks of the British Government and its police as well as torture in jail but never bowed down. Some of the actors of the play were – Dr. Chandradeep Hada, Sanjay Vyas, Devendra Singh, Nirmal Chiraniya, Sandeep Kumar, Prakash Saini, Piyank Chaudhary, Vishwajot Singh and Arvind Chaudhary.

On 20 March, the play, ‘Biwiyon ka Madrasa’ will be staged. In which the Chief Guest will be Vice Chancellor, Haridev Joshi University of Journalism and Mass Communication, Mr. Om Thanvi.