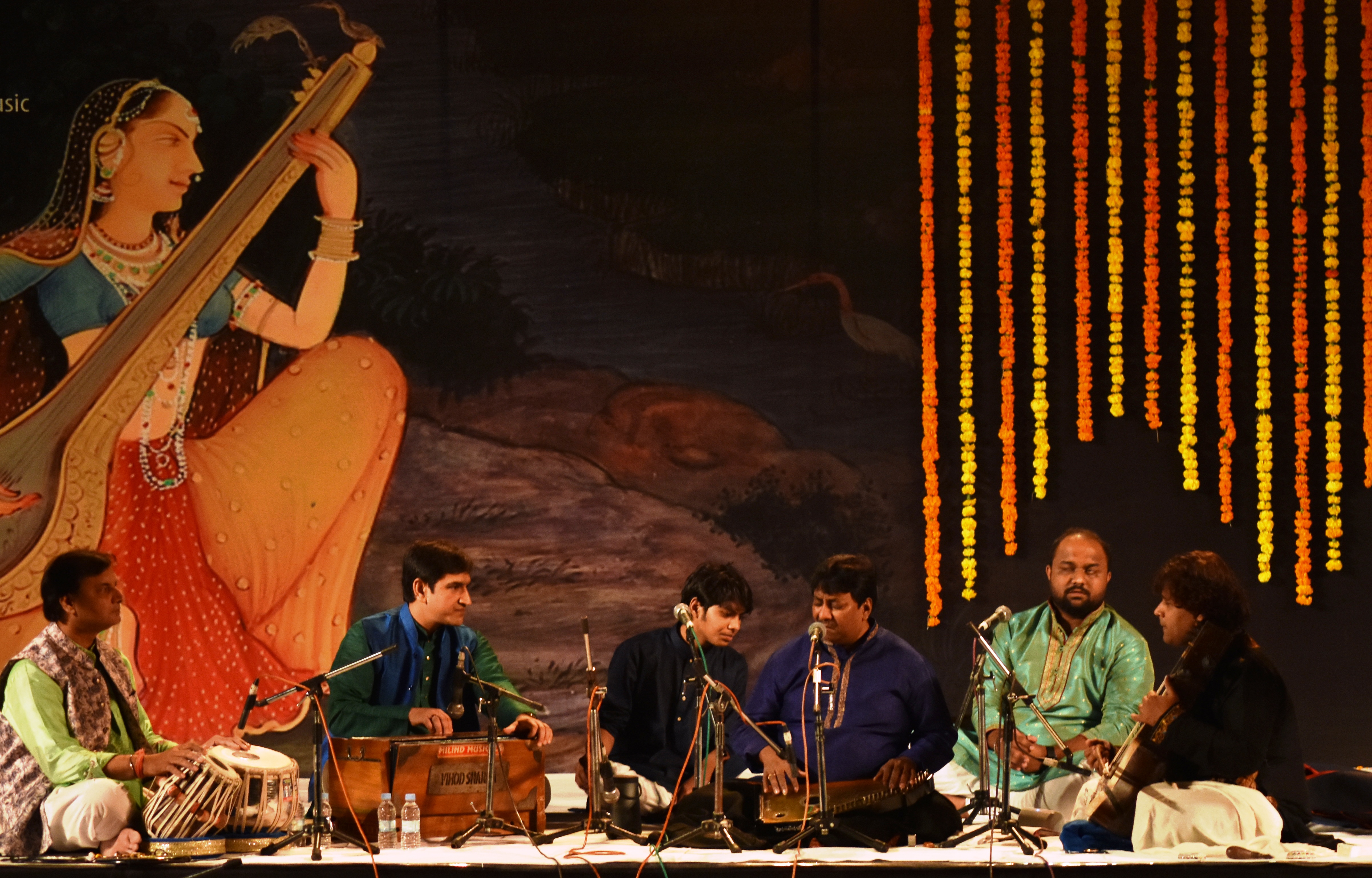 After tremendous response in the previous two editions, the third edition of one of its kind overnight classical music concert – Raag, at the Jawahar Kala Kendra (JKK), was a night full of enchanting melodies. Around 500 people from Jaipur and other cities as well, filled the amphitheatre of JKK, Madhywarti at 10 pm as the night of music began.

The concert opened with Saraswati Veena recital by Vidushi Dr. Jayanti Kumaresh whose performance was a mesmerising blend of Carnatic classical music. The presentation included Raag ‘Hansdwani’ with ‘Aditaal’ of 16 beats along with ‘Tillana’, ‘Alaap’ and ‘Jod Jhala’, among other compositions. She concluded with a unique classical composition of the folk songs like Kesariya Balam and others. Dr. Kumaresh was accompanied by Arjun Kumar on Mridangam and Anubrat Chatterjee on Tabla.

This was followed by mesmerising classical vocal renditions by Ustad Rashid Khan with compositions of ‘Jinke Mann Ram Basse’ and ‘Yaad Piya Ki Aai’.  The Sarod Jugalbandi by Ustad Ayaan Ali Bangash and Amaan Ali Bangash was also highly praised and enjoyed by the audience. Their performance, which included a presentation in Raag Raageshwari, concluded with a rendition of Rabindranath Tagore’s ‘Ekla Cholo Re’.