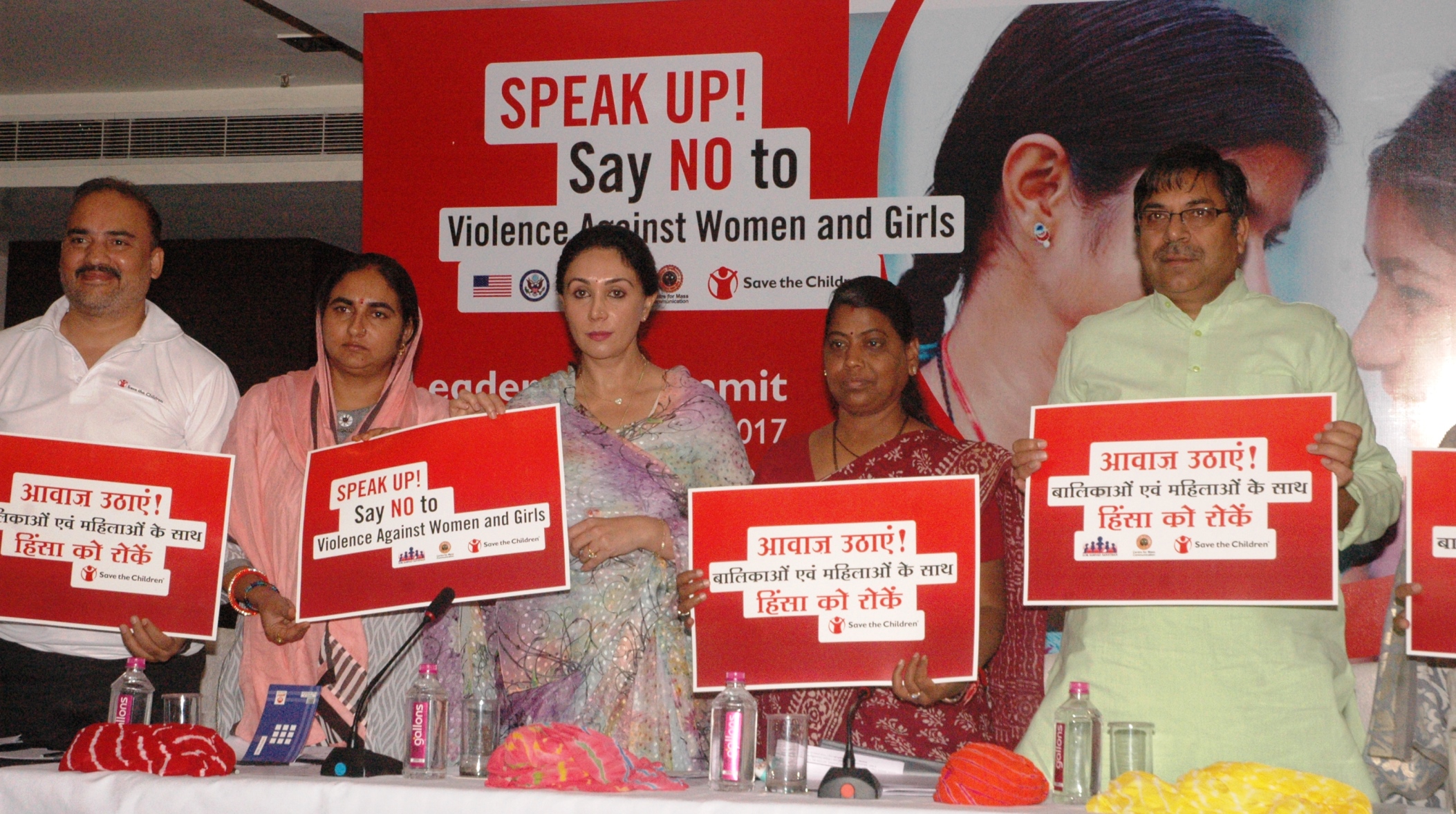 Princess Diya Kumari expressed her gratitude for being associated with the noble cause of eradicating gender based violence. She added that the launch of the campaign becomes more significant as today was the Earth Day.  She further said that gender based violence usually begins at homes, schools and universities. She urged the need for the society to change their thought process from the grass-root level to combat this social evil. The State Government is making concerted efforts for the safety and welfare of women. Schemes have also been made to financially support the girl child from birth to marriage. She reiterated that she will be actively involved with the campaign as the project is close to her heart.

Minister for Women and Child Development, Smt. Anita Bhadel said that “We must ensure women are given due respect and are presented with equal opportunities in the society. Strong steps should be taken to punish those who commit crimes against women.” She further added that every girl child should be educated so that she can be independent in the truest form.

Later, Shri Sanjay Sharma said that the organization ‘Save the Children’ was started in England  in 1919.  Currently, the NGO has its operations in 120 countries and 20 States in India. He said that the international organization is dedicated to fight against gender based violence like female foeticide, sexual abuse, dowry deaths, domestic violence and on girl child exclusion.