Play at JKK ‘Eklavya’ exposes the dogmas of our society

HomePress ReleasePlay at JKK ‘Eklavya’ exposes the dogmas of our society 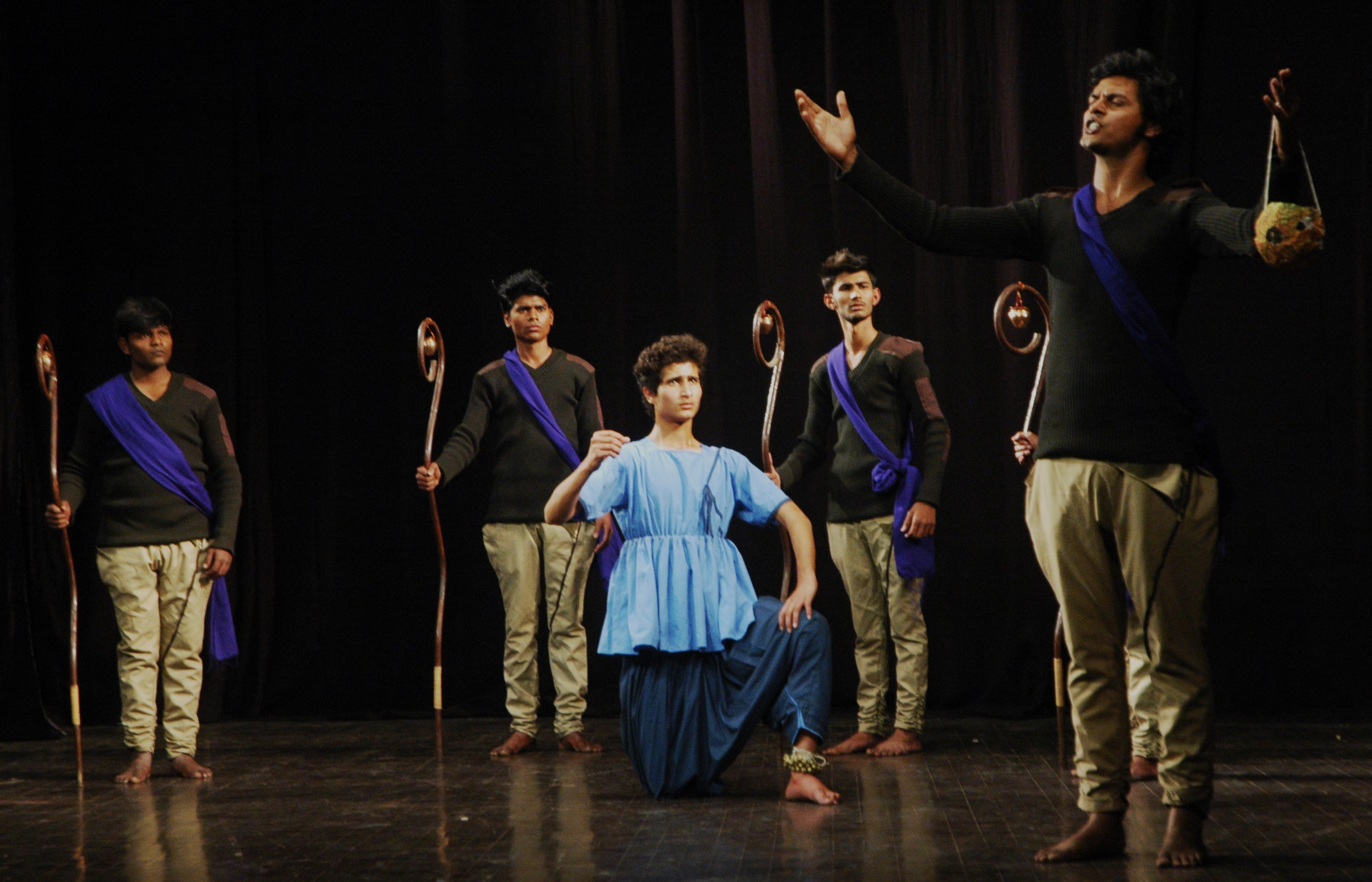 Play at JKK ‘Eklavya’ exposes the dogmas of our society

Jawahar Kala Kendra (JKK) witnessed the powerful staging of the play ‘Eklavya’ on 29 December. The play was directed by Rajkumar Rajak and music was composed by Sayan.

The play has been inspired by the epic character Eklavya and his teacher Dronacharya from Mahabharata. When Eklavya expresses his wish to learn the art of archery from Guru Dronacharya, he refuses to teach him.  Eklavya makes a statue of Dronacharya and starts practicing on his own. Few years later Drona meets Eklavya and assesses his skills that are certainly much superior to those of Arjun, who is his favourite disciple. Dronacharya starts attacking Eklavya with several emotional questions on morality. The play then stops at this deceitful situation and opens a dialogue among audience.

According to the Director, Rajak the play is an endeavour towards the direction of establishing a thread of dialogue from past to present time. It revolves around different issues of conservative education system of our society. We have made an effort to expose the tradition and dogmas of our society through this play.

The cast of the play: Aman Tasera, Ashish Mishra, Abhay Singh, Bishan Badoliya, Deepak Kumar and Divya Chaudhary among others. The songs were written by Ram Ratan Gogaliya.