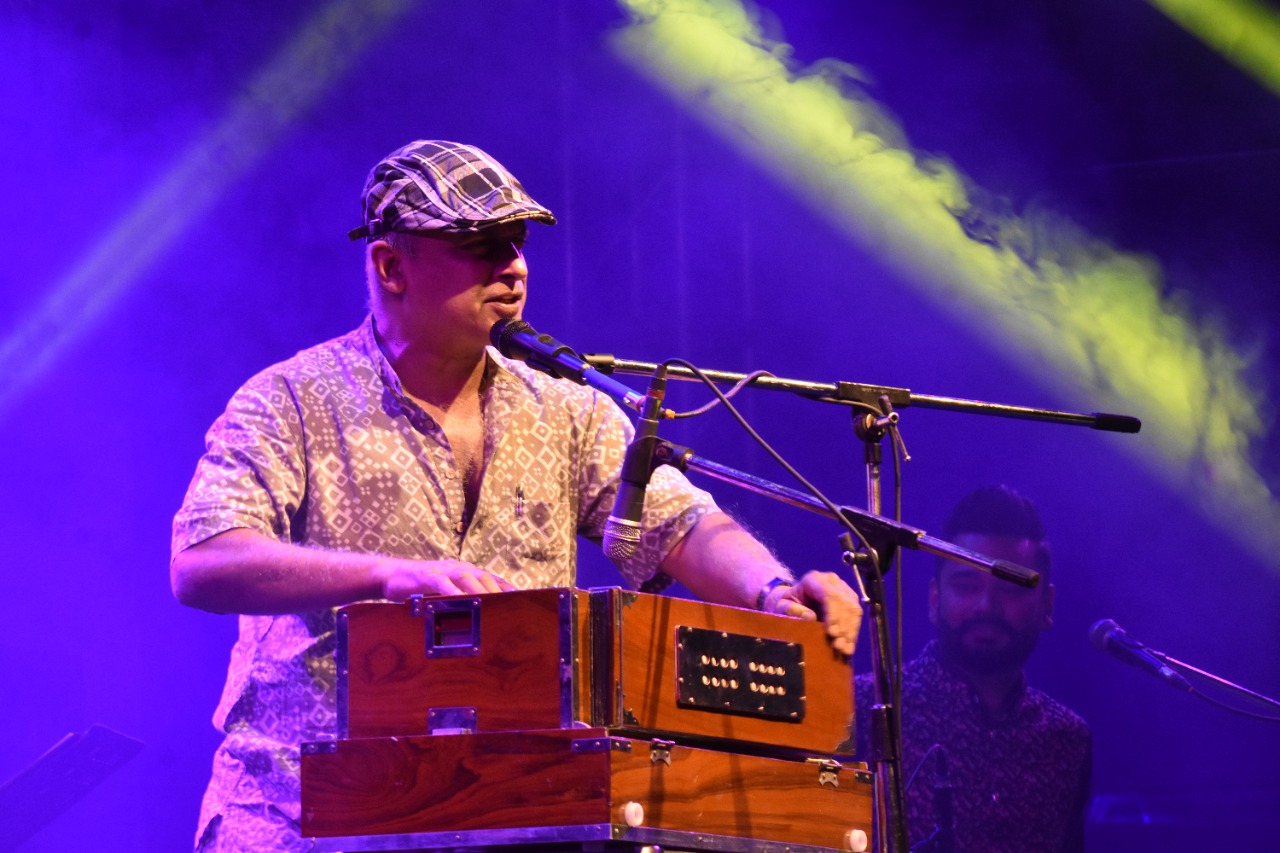 Film actor, singer and writer Piyush Mishra and his band Balliramaan performed last night at Theater and folk festival Rang Rajasthan organized by the Department of Culture and Archeology and Rang Mastane Sanstha, Jaipur at Madhyavarti, Jawahar Kala Kendra. Education and Art and Culture Minister honourable Dr. B. D. Kalla was also present at the show and he welcomed the famous actor Mr. Piyush Mishra. Piyush Mishra has played versatile characters in many famous Bollywood movies. He has worked in films like Gulaal, Gangs of Wasseypur, Tamasha. Apart from playing characters, he has written and sung songs for many films. His song “Aarambh Hai Prachanda” from the movie Gulal is very famous. People were enthralled by his band’s performance. A wave of positive sentiment could be felt among the audience.

So far 9 plays have been staged in this festival and a musical performance by Sawai Bhaat and Raagdhari Band has been done. Along with this, there were also talk shows staged with 9 veterans on the subjects of theatre, these programs will continue till March 27.

The day started with talk show with actor Piyush Mishra whose mediator was Abhishek Mudgal, the young theater artist of Rajasthan and the organiser of this festival. In which he shared the journey of his life with the audience and talked about theater related topics. He told that there is an actor in everyone. Earlier looks mattered in the films but now acting is given importance and the real measure of acting is theatre. He also answered questions from the audience.

After this the play “Thand Rakh Yaar” was staged at Krishnayan of Jawahar Kala Kendra at 3 pm. The play was a solo performance in which Tanu Rawat acted who has also written and directed this play. This play was a mixture of 5 different stories in which a question was put before the audience through each story.

At 6 pm, the second play Hind Swaraj was staged, directed by Dr. Arjun Dev Charan, who brought his play from Jodhpur to be staged in this festival. Through this play, time when Gandhiji indicated the danger of Western civilization imposed on India was depicted. The play showed that the British worked for the so-called development, which, on the contrary, was for the benefit of power. Its music was composed by Manad Vyas and Prakash was on M.H.D. Shafi. The play garnered a lot of applause from the audience.