PARTICIPANTS WILL PRACTICE THE ART OF VISUAL STORYTELLING THROUGH PHOTOGRAPHY, FILM MAKING AND WRITING

HomePress ReleasePARTICIPANTS WILL PRACTICE THE ART OF VISUAL STORYTELLING THROUGH PHOTOGRAPHY, FILM MAKING AND WRITING 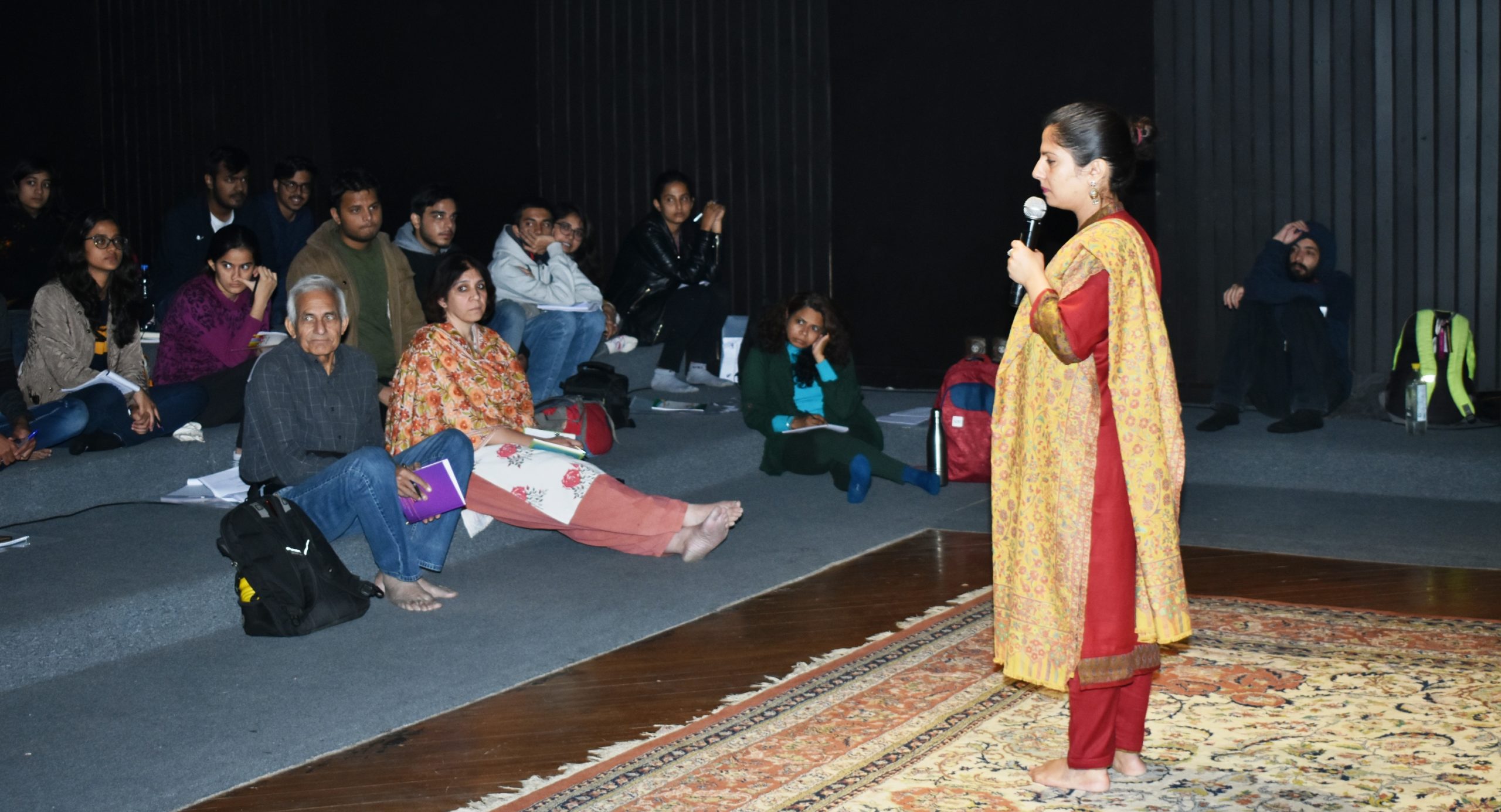 PARTICIPANTS WILL PRACTICE THE ART OF VISUAL STORYTELLING THROUGH PHOTOGRAPHY, FILM MAKING AND WRITING

With the aim to reignite and remind the participants of their natural ability of storytelling, a basic course of visual storytelling kicked off at Jawahar Kala Kendra. The week long course has been organized by Jawahar Kala Kendra (JKK) in association with Film and Television Institute of India.  The resource persons for the workshop are noted cinematographer and film director, Mr Ritesh Taksande and well known visual storyteller Dr Tabeenah Anjum Qureshi.

As many as 34 participants from seven states, spanning between the ages 16 to 78 are attending the workshop. On the occasion, the inaugural remarks were made by Course Director of Film appreciation Course from FTII, Pune, Professor Pankaj Saxena. He spoke about the importance of visuals in present times.

Through a series of short exercises, the budding storytellers will be introduced to the nuances of recognising a thought, realizing a feeling and then narrating a story through a single or a series of photographs and films. They will be exposed to the process of articulation of thought through these mediums. The culminating exercise will be a series of short films and photo stories along with short fictional narrative or poem to illustrate the individual story woven by the participant.