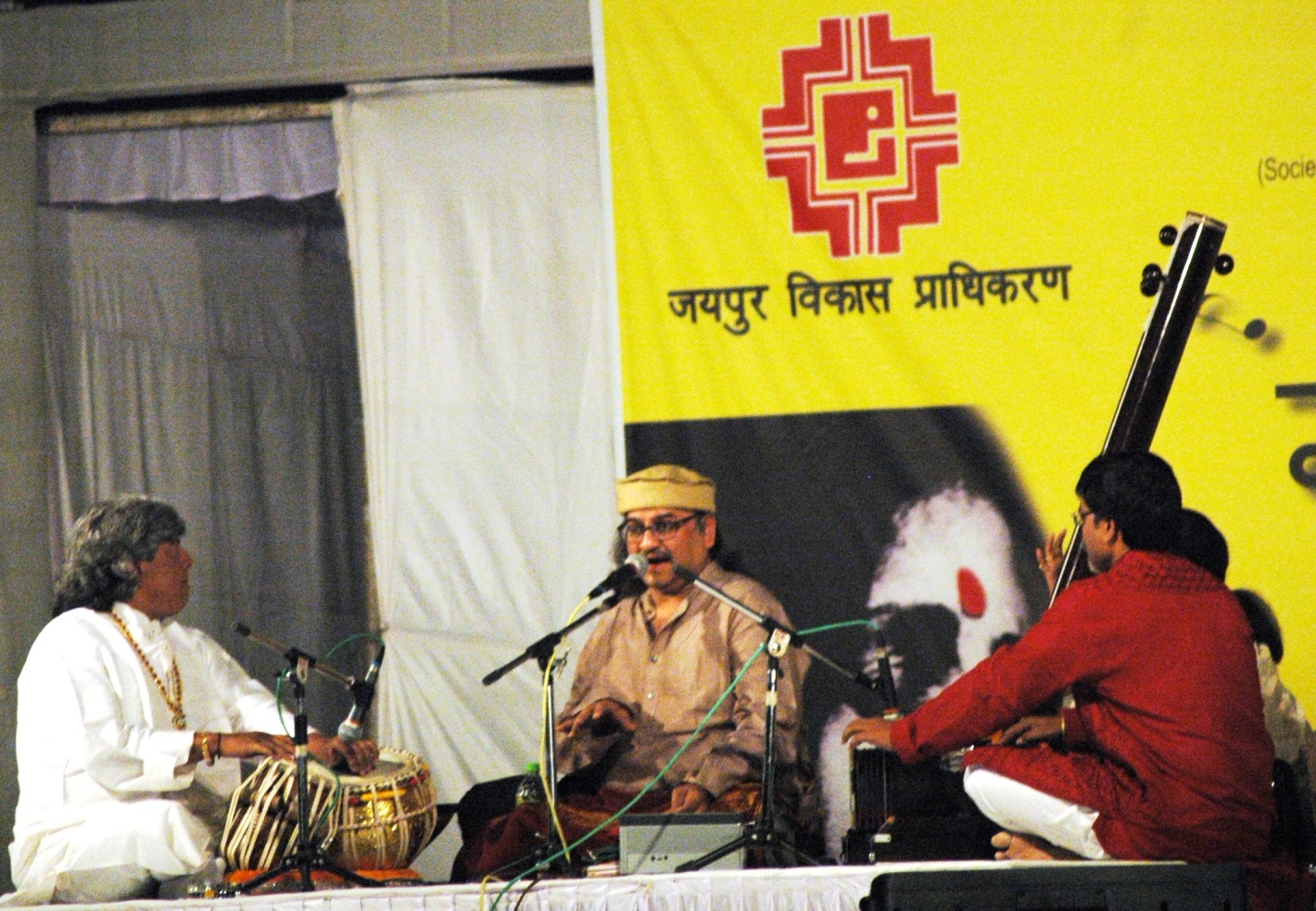 Jaipur, 4 May: The world renowned Indian classical flutist, Pandit Hari Prasad Chaurasiya performed at the ‘Music In The Park’ today at the Central Park in Jaipur. The event was organized to pay tribute to Indian classical vocalist, Kishori Amonkar, who passed away recently. Pandit Chaurasiya was accompanied by Pandit Ramkumar Mishra on Tabla; Debopriya Chatterjee and Manu Singh Rajputa on flute.

On the occasion a short musical homage was also given by Nandini Bedekar and Raghunandan Panshikar. They performed raag ‘Puriya Dhanashree’ and raag ‘Yaman’, respectively. They were accompanied by Rajendra Banerjee on Harmoniam.

The event was organized by the Department of Tourism, Government of Rajasthan along with the Jaipur Development Authority and Spic Macay.

The entry in the event was free for all.

Chaurasia was born in Allahabad in Uttar Pradesh. Initially Chaurasia started learning vocal music from his neighbour, Pandit Rajaram, at the age of 15. Later, he switched to playing the flute under the tutelage of Pandit Bholanath Prasanna of Varanasi for eight years. Later, he joined the All India Radio, Cuttack, Odisha in 1957 and worked as a composer and performer. Much later, while working for All India Radio, he received guidance from the reclusive Annapurna Devi, daughter of Baba Allaudin Khan.