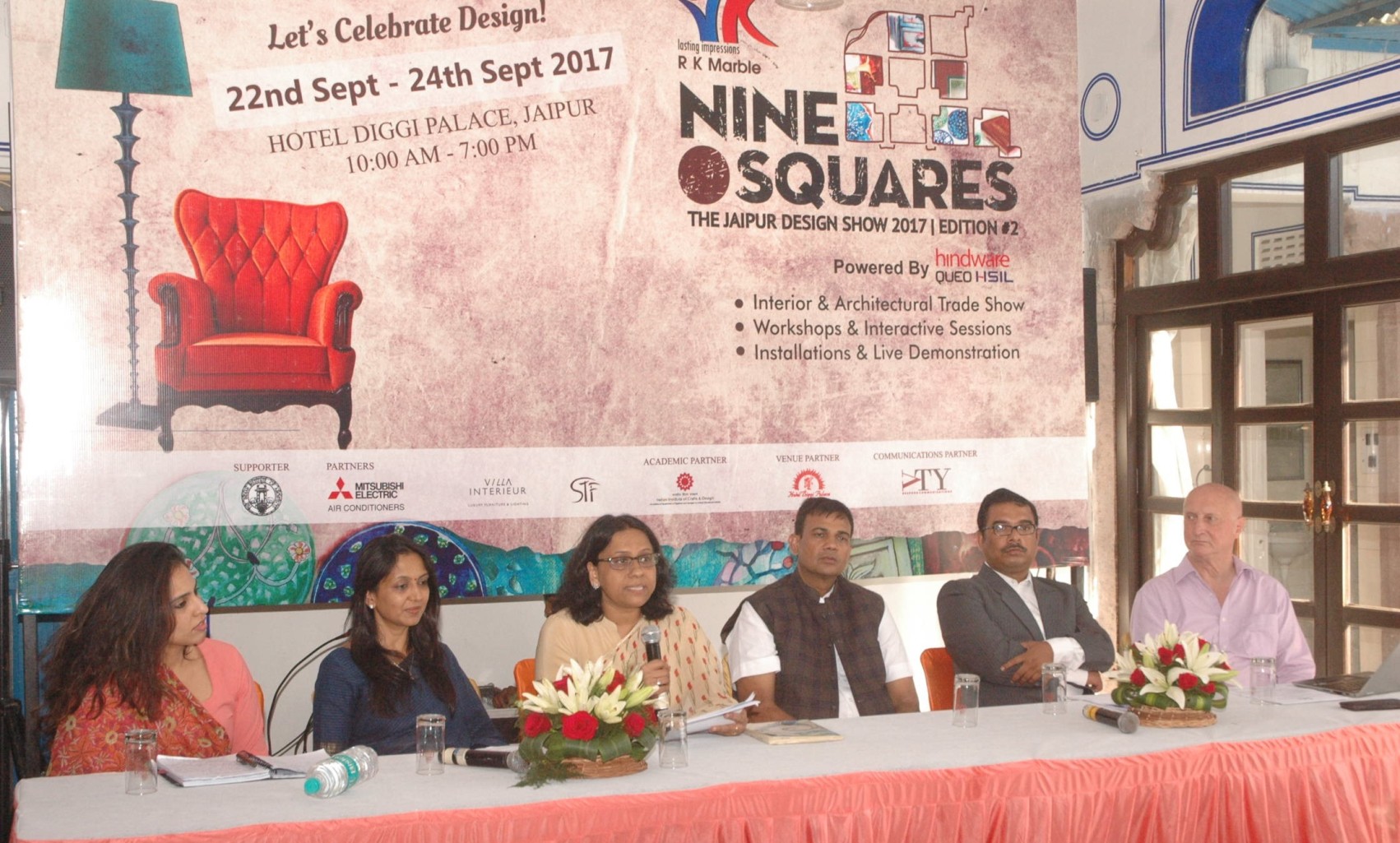 The 2nd edition of  the Jaipur Design Show  ‘NineDotSquares’ will be held in Jaipur from September 22 to September 24 at Diggi Palace. RK Marble is presenting the show this year. The show will be inaugurated by MLA, Sawai Madhopur, Princess Diya Kumari.  The event primarily aims to create an accessible platform for the artisan, the academic, the design professional, the product developer and the design enthusiast. This was stated by Co-Founder, NinedotSquares, Ms. Ritu Khandelwal at a media briefing.

Shalini Agarwal, Co-Founder and Promoter of the Jaipur Design Show said, “Representing the collective talents of various designers and creative individuals has been our passion and profession since the past decade. We were thrilled with the response we garnered for Edition#1 and we look forward to reaching greater heights this year. With Edition #2 we aspire to make Jaipur as the Design Capital of India”.

Chief Manager, Sales & Marketing, RK Marble, Mr. Vivek Mitra said Rk Marble is pleased to be associated with an event that gives a platform to artisans and young entrepreneurs to showcase their skills.