A soulful rendition of Dhruvpad at JKK 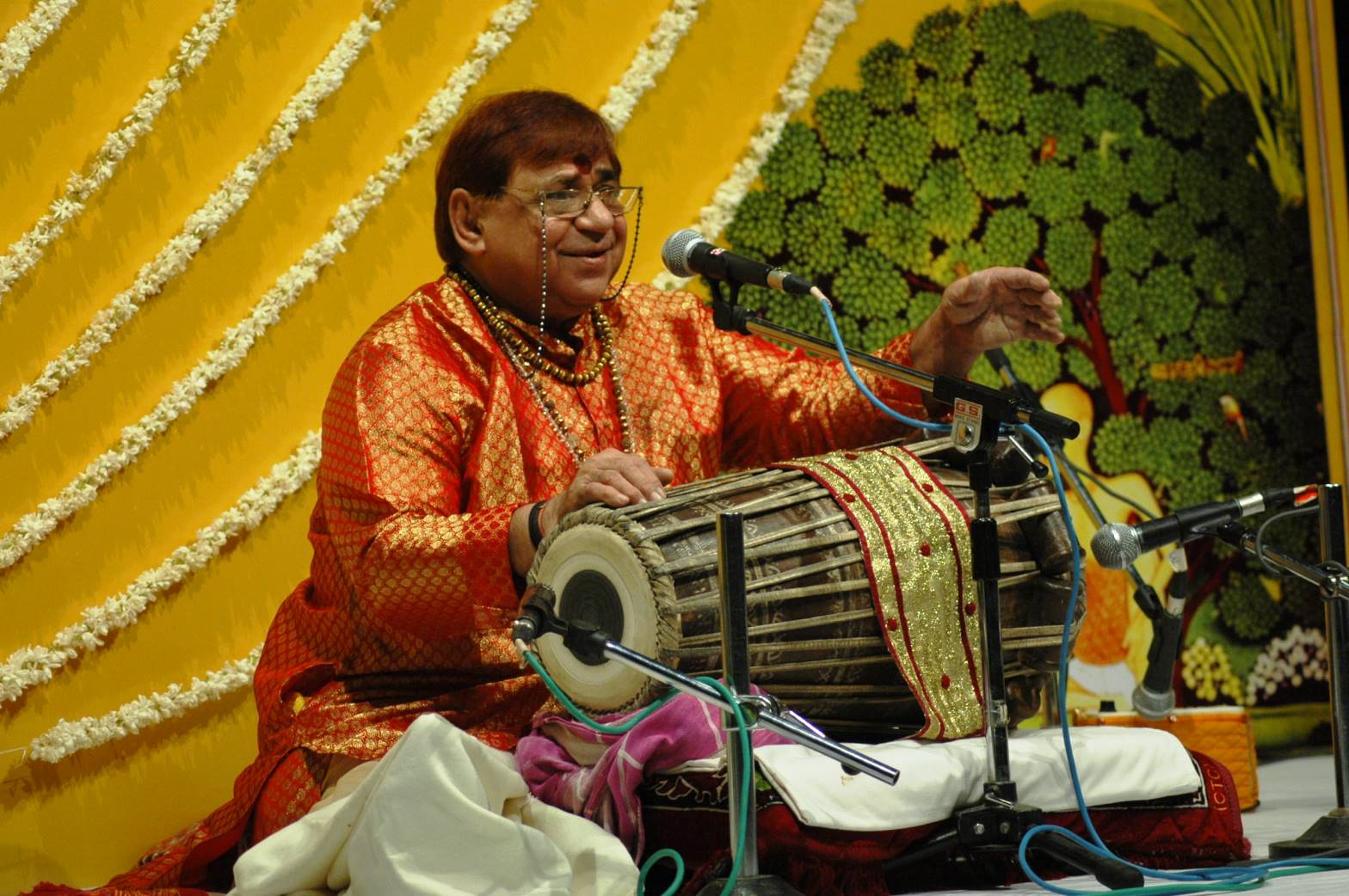 A soulful rendition of Dhruvpad at JKK

As a part of 3-day Hindustani classical music programme entitled ‘Dhruvpad’, renowned artists presented vocal and ‘Pakhwaj’ recitals. The evening began with a melodious ‘Pakhawaj’ recital by Dr. Rajkhushiram. He performed the 9 Matra (9 Beats) ‘Chandrakrida Taal’. This was a Mridang performance which follows a Taal of 9 beats. As a special attraction, ‘Pakhawaj’ Raja Tal Chautal was also presented. Rajkhushiram was accompanied by Pt. Vinod Mishra on Sarangi from Lucknow.

This was followed by a ‘Dhruvpad’ vocal recital rendered by Mr. Brijbhushan Goswami. He performed the Indian classical music raaga, ‘Malkauns’. Raaga Malkauns is a serious, meditative raaga and is developed mostly in the lower pitch in a slow tempo. The vocal recital was inspired by music legend, Tansen.

The evening concluded with Raaga ‘Sahana’ which was performed following the Dhruvpad rhythm. Raaga ‘Sahana’ is ‘Kanada-anga’ Raaga, from the ‘Kafi That’. The vocal recital was inspired by Swami Vivekananda. Brijbhushan was accompanied by Mr. Praveen Kumar Arya on ‘Pakhwaj’, Mr. Kulbhushan Goswami on ‘Sarangi and Mr. Raja Rehman Sheikh and Mr. Raghav Dadich on ‘Tanpura’.

A special feature of the Dhruvpad festival this year will be a ‘Sangoshthi’ which will be organized on 15 and 16 September from 10 am to 1.30 pm at JKK. This will feature discussion on topics related to Dhruvpad like ‘Naad Yog in Dhruvpad’, ‘Dhruvpad in present times’, ‘Dhruvpad singing and recital’, among others.

The Dhruvpad performances are being held each day at 6 pm at Krishnayan, Jawahar Kala Kendra. The entry to the evening programme is through tickets (Rs. 30) which can be obtained from JKK’s reception.