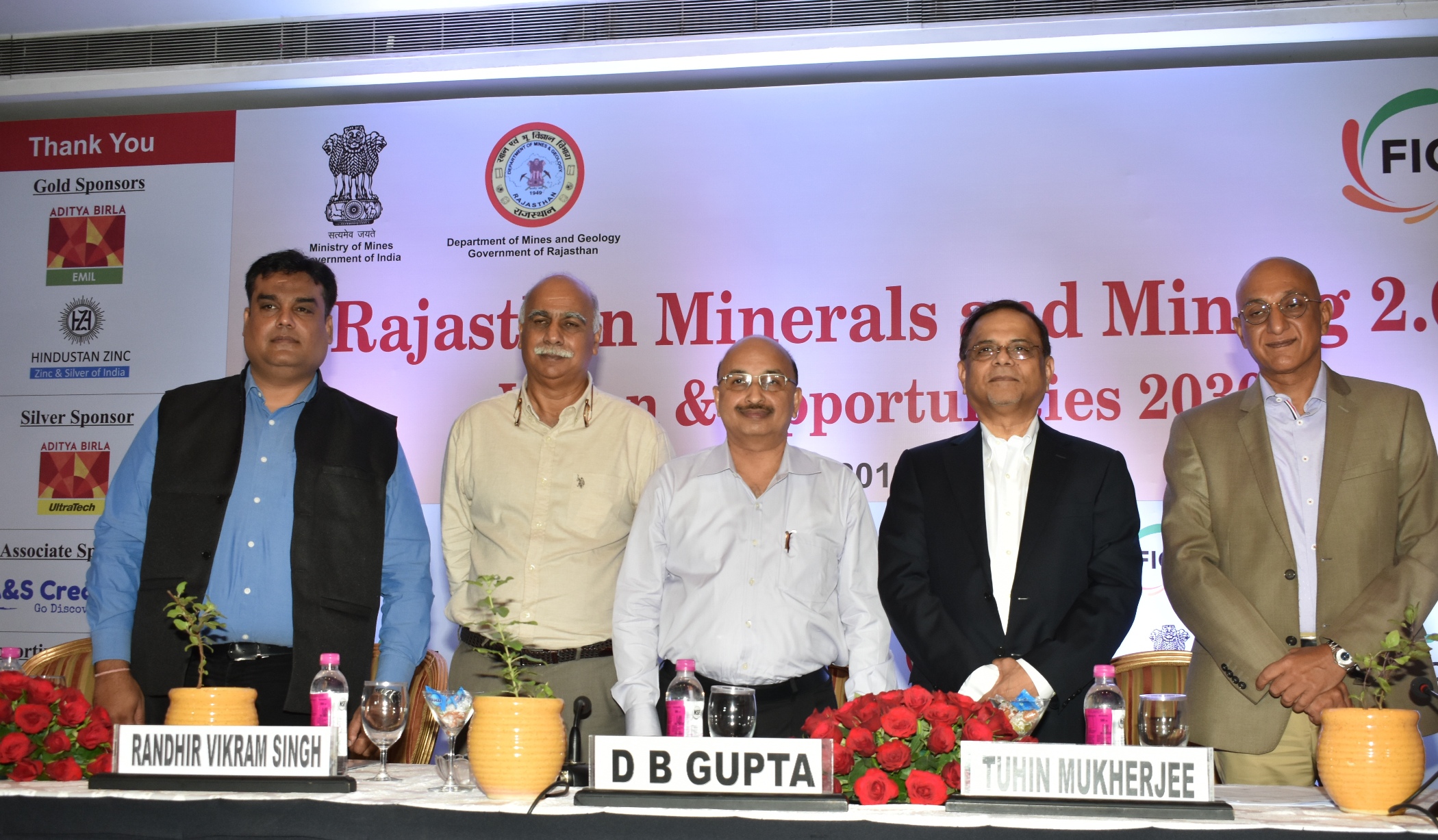 Mr. Gupta said that an attempt has been made in the policy to do away with the lacunae that hinder the exploitation of the mineral potential. The mining sector has struggled to exploit the potential due to regulatory and administrative procedures and inadequate infrastructures. These challenges have also limited the overall investment in the mining activities of India. And as a result, the unproven resources are twice more than the proven reserves for most  of the minerals in the country, added Mr. Gupta.

The Chief Secretary further added that the policy of auction also needs to be examined. In the past four-and-a-half years there has not been a single, meaningful case of auction of major minerals in the State. Same is the case with many other States.

Throwing light on the mining scenario in India, Director Commercial & CEO, Fertilizer, Hindustan Zinc, Mr. Amitabh Gupta said that the contribution of mining to GDP has fallen down from 3% in 2012-13 to 2% in 2016-17.  Despite being endowed with minerals, India imports 7 times of the minerals it produces.  Owing to stringent regulations, no foreign companies are investing in the mining sector.

There is a dire need for creating an environment which is conducive for investment as well as re-working of the policies of exploration and auction is required. An incentive for exploration on green field is also essential, pointed out Mr. Gupta.

Earlier in his welcome remarks, Chair, FICCI Mining Committee, Mr. Tuhin Mukherjee said that with states like Rajasthan, Chattisgarh, Orissa and Madhya Pradesh, India is a country rich in as many as 95 varieties of minerals. However, only coal has witnessed a decent rate of growth and progress. The rest of the scenario is quite bleak and thus needs discussion, deliberation and brainstorming so as to chalk out the vision and opportunities for the next decade.

On the occasion the Vote of Thanks was extended by Co-Chair, FICCI Rajasthan State Council, Mr.  Randhir Vikram Singh.

A panel discussion deliberating upon leveraging mining potential of the state was also held. The discussion saw the participation of Additional Chief Secretary, Mines and Petroleum, Government of Rajasthan, Mr. Sudarshan Sethi; Managing Director, RIICO & Commissioner, BIP, Government of Rajasthan, Mr. Gaurav Goyal and Director Commercial & CEO, Fertilizer, Hindustan Zinc Ltd.,  Mr. Amitabh Gupta.The significance of conducive regulatory and administrative framework for the mining sector to grow and flourish was discussed. The growth opportunities in the path of mining industry in Rajasthan for 2030 were also highlighted. The discussion was moderated by Mining Expert, Professor BB Dhar.

Two technical sessions on ‘Expediting Mineral Exploration & Production with thrust on Safety, Technology & Sustainability’ and ‘Rajasthan as Mining Hub in the Country’ were also held.