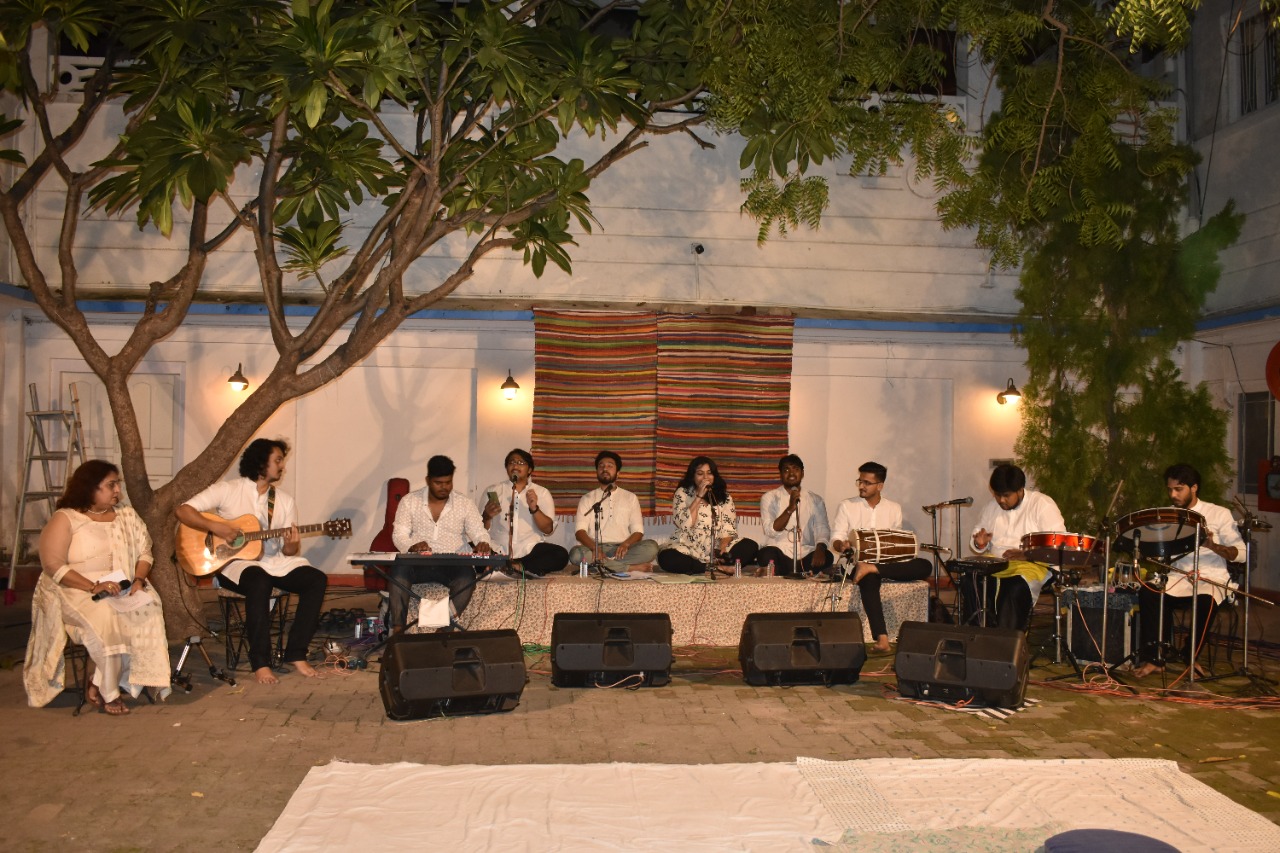 In association with the Jaipur Virasat Foundation (JVF), the artists of ‘Tu Bhi Kabira’ performed in Jaipur. During this, the group captivated the audience by presenting some of their original compositions and some very famous compositions based on the couplets of Saint Kabir. The objective of this event was to spread the philosophy of Saint Kabir amongst today’s young generation through Folk Fusion.

As singers, Suhani Vasani, Chaitanya Shinde, Gyanank Shrivastav and Vivek Baretha gave a rather compelling performance and spread the voice of Kabir, far and wide. Accompanying them were some supremely talented musicians Vaibhav Raghvani, Hrith Dey, Dhruv Patel, Dhruval Magodia and Ritik Chavan. The folk instruments used in the performance were Duff, Khomok, Dimdi, Dholak, Ektara, Khartaal and Manjira along with the Guitar and Keyboard. The program was hosted by Dr. Nayana Vasani.

Tu Bhi Kabira is a folk fusion band of artists from a diverse geographical background. They  provide platform for folk and local artists, young and old to showcase all that they are. The band has been formed of the said artists with it’s head office being in Kandivali, Mumbai. The band’s Co-founders/Directors, Vaibhav Raghvani and Suhani Vasani are a part of the artist community themselves. As the name suggests, the band follows the philosophies laid down by Saint Kabir Das and aims to spread his message to the younger masses through the medium of folk fusion.