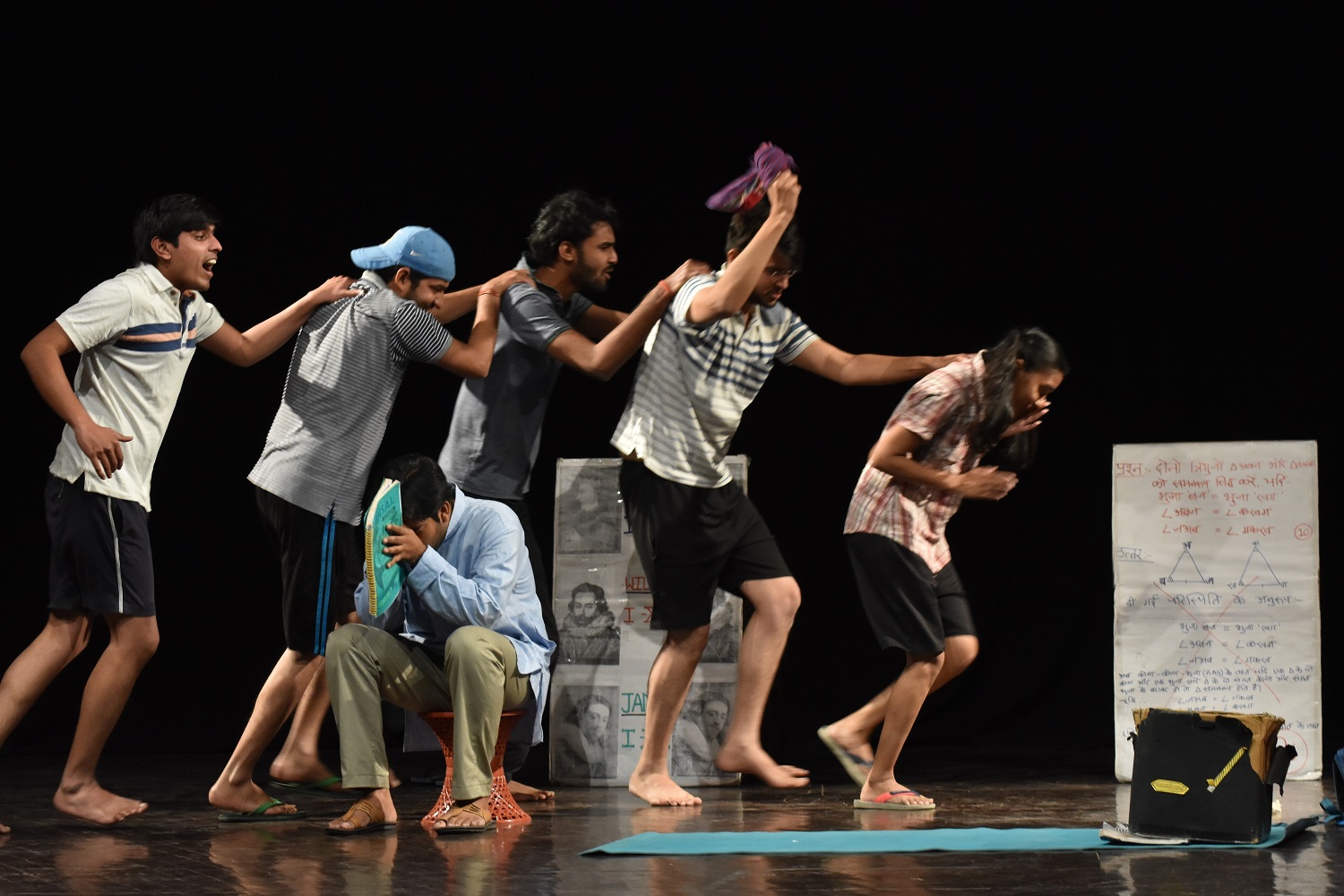 Legendary Indian writer, Munshi Prem Chand’s revered literary work ‘Bade Bhaisaab’ was staged at Jawahar Kala Kendra (JKK) in the morning for the children. It was directed by Abhishek Goswami. ‘Bade Bhaisaab’ is a merry play about the relationship between the narrator and his brother who is five years his senior in age. The play focuses on their divergent approaches to studying in school. It serves as an excellent critique of the colonial educational system and its impact.

The play’s enduring appeal lies in its bittersweet reminiscences about childhood and relationship with siblings. The play was enacted by ‘Breathing Space – The Drama Company’. The cast of the play included – Nishant (Elder brother); Yogesh (Younger brother); Swapnil, Pooja, Somesh and Nikhil (friends).

The play was followed by a brief interaction with the children and teachers who expressed their opinions on the current education system. It was also attended by the Director-General of JKK, Ms. Kiran Soni Gupta.

The Puppet Making workshop held by Kapil Dev and Manoj Bhaat introduced the intricacies of puppetry to the teachers today. They also participated in Glove Puppetry and Muppet. The workshop also witnessed children between 5 and 8 years of age and 9 and 14 years of age.