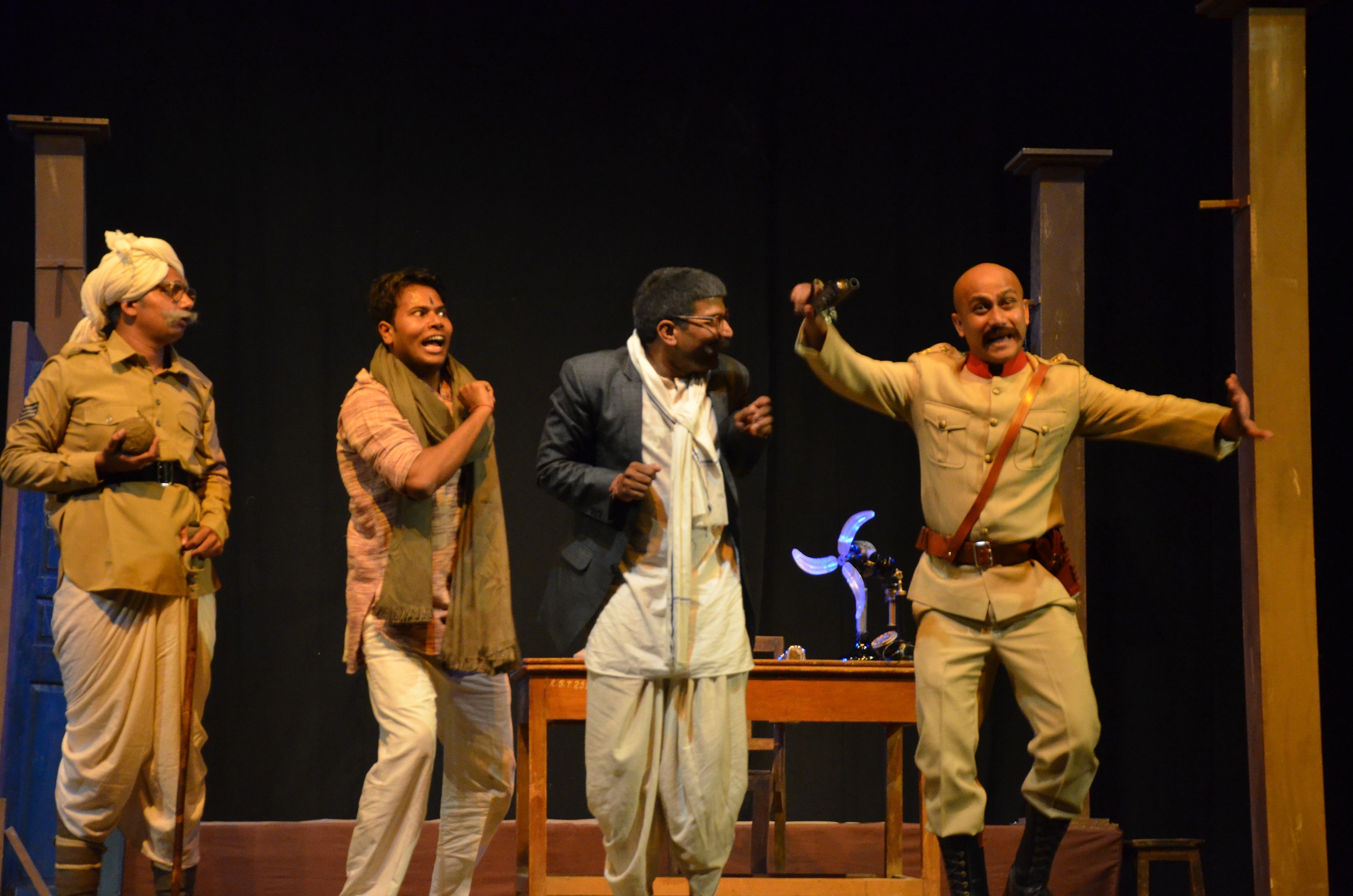 Jaipur, 16 December: As a part of the weekend theatre and cultural activities at Jawahar Kala Kendra (JKK), a play ‘Mukkam Dehru, Jila Nagaur’, presented by the Jaipur based Ujaagar Dramatic Association was staged today.

Set in 1942, the play depicted, on one side, revolution in a pre-independent India with Gandhi announcing the Quit India movement. On the other hand the rest of the world was burning in the flames of World War 2, spear-headed by one of the greatest dictators of all times – Adolf Hitler.

In a wholly unique, hilarious tale Jaipurites witnessed a chance meeting of an uninvited guest, Adolf Hitler, and a bewildering array of characters trying to put up a ridiculous play in a remote village of Dehru forgotten in one dusty corner of Rajasthan.

In a cauldron were placed Hitler and his loyal secretary Goebbels, two British spies, an over enthusiastic young revolutionary fighting for independent India, a quack who invents medicines at the snap of his fingers, a Shakespeare loving British police officer, a ghost fearing local constable, a film struck director directing a play in Marwadi, a starry eyed young girl waiting to be a heroine, a barber trying hard to mug his lines and a house wife aspiring to be a political leader.

The 95 minute play was a deliciously funny exploration of mistaken identities and a disastrous rehearsal of an equally disastrous play, all woven together in one crazy blend of history and fiction.

Press Release A lively book author conversation was organized by IAS Association, Rajasthan on the Facebook page of IAS Literary Society, Rajasthan today. The conversation was based on the book ‘Beloved Delhi: A Mughal City and Her Greatest Poets’ authored by lawyer and writer, Dr. Saif Mahmood. He was...