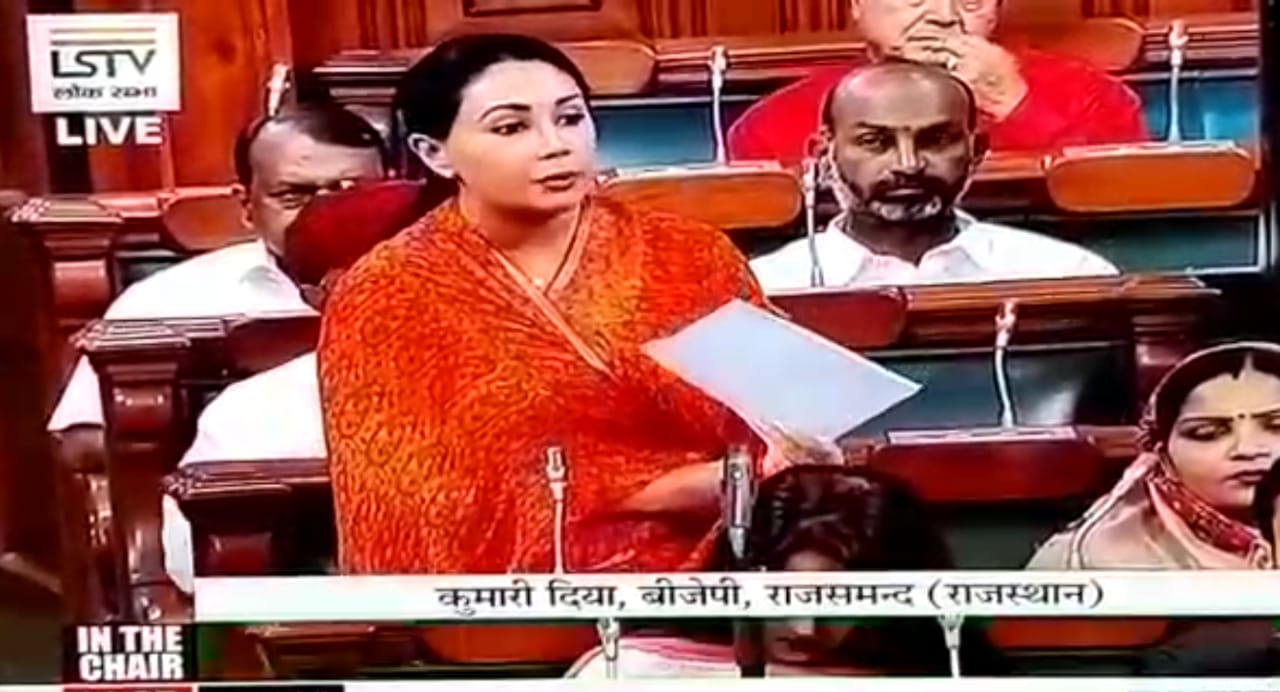 Rajsamand MP, Diya Kumari, raised the issue of rail connectivity and stoppage for the attention of Union Railway Minister, Mr. Piyush Goyal in the Parliament. It was raised through a starred question. The questions related to speedy completion of Marwar Mavli track, new rail line from Nathdwara to Beawar, new rail line from Pushkar to Merta, stoppage of train at Ren and Gotan, etc.

The State Minister of Railways, Suresh C Angadi in his reply said that the 170 gauge conversion project is included in the budget of 2017-18. The final survey of the Marwar Mavli line is ongoing as the alignment of the broad gauge is going through two wildlife sanctuaries. Therefore, the final location is pending. He further added that in most states including Karnataka and Gujarat, the railways are entering Joint Ventures for better development. Such a project can be undertaken if the Government of Rajasthan is open to entering in a Joint Venture. He assured the MP that a detailed study of the area will be carried and all requirements will be fulfilled to the best of their ability.

The Union Minister of Railways, Mr. Piyush Goyal said that most states have come forward and joined hands with the railways to promote projects jointly in a federal infrastructure. A letter was received from the CM of Rajasthan, stating that they will not be able to support any further project and also withdrew from the earlier commitments. He urged the members from Rajasthan to take up the issue in Jaipur – the state capital and sort it out so that the expansion of railways can be speeded up.