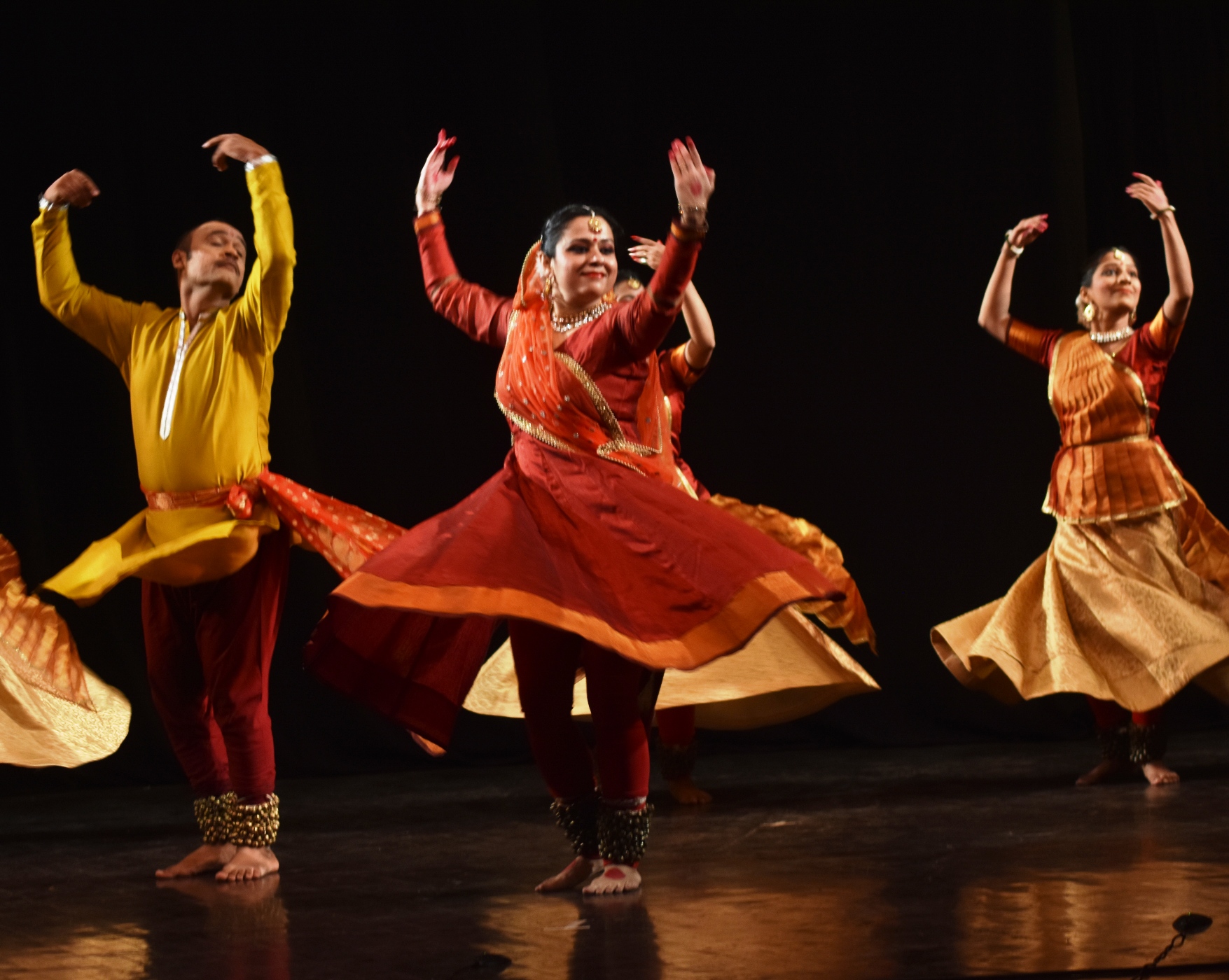 As a part of the cultural programme of ‘Virsa 2019’, Kathak dancer Monisa Nayak mesmerized Jaipurites with a scintillating Jaipur Gharana Kathak performance at Jawahar Kala Kendra’s Rangayan .The cultural programme is being organized by JKK in association with the West Zone Cultural Centre, Udaipur.

Monisa was accompanied by six other dancers —  Vidyagauri Hemant Adkar, Mujaffar Mulla, Praveen Parihar, Priyanka Kumari, Malvika Sharma and Preeti. The artists were accompanied by Yogesh Gangani on Tabla, Samiullah Khan on Vocals and Harmonium and Mohammed Ayyub on Sarang.

3 day Photography Workshop Concludes
The 3 day Advanced Fashion and Portrait Photography Workshop by celebrity photographer, Shriesh Karrale of Mumbai School of Photography concluded. The workshop was organized by Jawahar Kala Kendra in collaboration with North Zone Cultural Centre, Ministry of Culture, Government of India. Over the course of 3 days, the participants were taught the use of reflections, shadows, indoor and outdoor techniques and other important aspects of fashion and portrait photography.  The participants were given certificates by the ADG, JKK, Mr. Furkan Khan as well.

The world renowned Dagar brothers, Nafishuddin and Anishuddin Dagar will present a Dhrupad performance. They will be accompanied by Pandit Praveen Kumar Arya on Pakhawaj. The entry to this programme will be free for visitors.