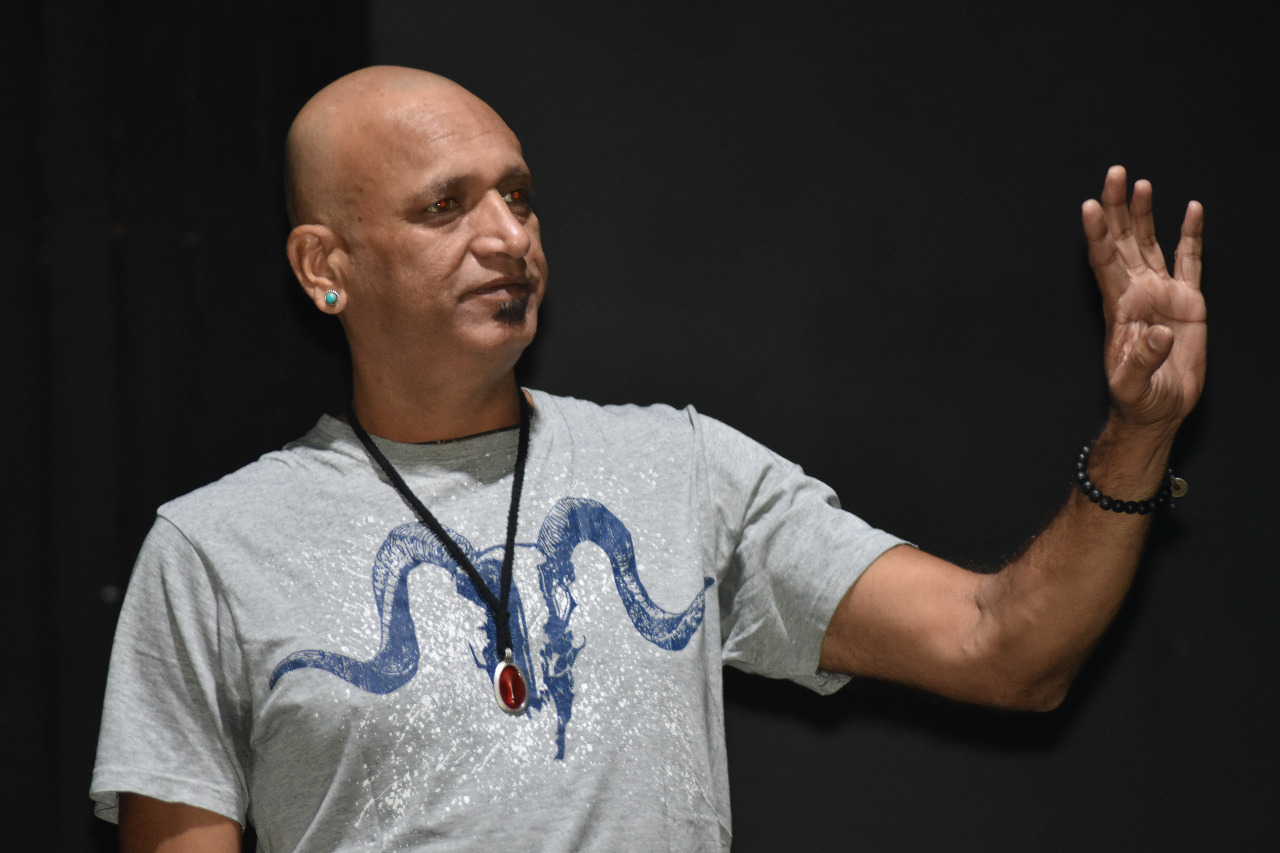 As a part of ‘Azadi Ka Amrit Mahotsav’, a 15 day Mime Theatre Training Workshop by Mime Expert, Mr. Asif Khan began at Jawahar Kala Kendra (JKK). The workshop is being jointly organised by JKK and the Department of Art and Culture, Government of Rajasthan and will be held till 9 December. The training programme is being attended by 15 participants.

The workshop began with Mr Khan explaining the origins of theatre and how it was influenced by culture, social norms, problems in society, fiction, and fantasies. He talked about four types of acting: ‘Angalik’ – through body language and facial expressions, ‘Vachik’ – vocal skills, ‘Satwik’ – clothing, and arrangement of the set and surroundings, and ‘Kahani’ – the story.

The mime expert emphasized the skills that an actor should possess such as creativity, communication, physical stamina, body control, and the ability to switch emotions in a matter of split seconds. He made the participants do some exercises to break the ice and understand body control. Over the next two weeks, the actors will learn and understand the stage and its relation to their minds and body.
====================